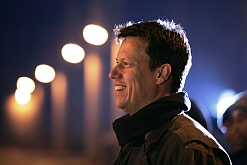 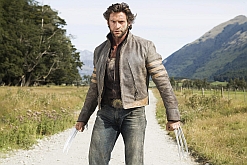 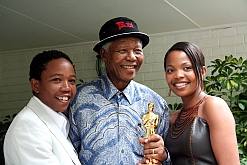 South African film director Gavin Hood, who steered the local drama Tsotsi to an Academy Award, is back with another international hit, this time from the blockbuster Twentieth Century Fox X-Men franchise.

In the much-anticipated film, fan-favourite Wolverine’s turbulent past is finally revealed after a wait of nine years for audiences, who were tantalised by hints of the mutant’s origins in the first film in 2000 but have learned nothing further, until now.

X-Men Origins: Wolverine opens both in US and South African cinemas on 1 May 2009.

The son of respected South African retailer Gordon Hood, Gavin Hood has paid his dues in the film industry as a writer, producer, director and actor. Although he has appeared in popular TV shows such as Stargate SG-1, as well as the locally-produced rugby drama The Game, Hood has found greater success behind the camera.

His 2005 production Tsotsi, which he wrote and directed for Miramax, not only won an Academy Award for best foreign language film, trouncing 56 other films in the process, but was also lauded at prestigious festivals such as Edinburgh, Toronto, and Los Angeles. The film starred young actors Presley Chweneyagae and Terry Pheto, neither of whom had appeared on the screen before.

Born in Johannesburg in 1963, Hood attended school at St Stithians College and went on to study law at the University of the Witwatersrand. After graduating from Wits he relocated to Los Angeles in 1991 to study screenwriting and directing at the film school of the University of California, Los Angeles. His studies have since stood him in good stead.

In 1993 his screenplay for A Reasonable Man, inspired by the ritual murder of a child, won a Diane Thomas Screenwriting Award. Judges for the award, which is given in honour of the late screen author of Romancing the Stone, included film veterans Steven Spielberg and Michael Douglas.

Filming of the script was postponed when Hood and potential producers disagreed on the location of the film and its ending. Hood stood firm against the proposed changes, and furthermore insisted he would only allow it to be filmed if he directed it. Sadly, the producers decided to look elsewhere for a project.

Hood returned to his homeland and took up a position with the national Department of Health, where he got the opportunity to put his training to use by making educational dramas for the department, focusing on HIV and Aids, child abuse and other social issues. His deft work earned him an Artes Award, the South African equivalent of the Emmy.

The Storekeeper also earned an Academy Award nomination, as well as huge credibility for Hood. The following year he was able to finally film his award-winning screenplay A Reasonable Man, which tells of a young shepherd who accidentally kills a baby he believes is possessed by a tokoloshe, or evil Zulu spirit. Hood also co-starred in the film, which enjoyed even more success on the festival circuit than its predecessor.

The director’s next project was the film version of Polish author Henryk Sienkiewicz’s novel In Desert and Wilderness (W pustyni i w puszczy), set in Africa but filmed entirely in Polish. Working with a translator, Hood rose magnificently to the challenge. In Desert and Wilderness became the highest-grossing film in Poland in 2001, and won Best of the Fest at the Chicago International Children’s Film Festival in 2002.

This paved the way for UK-based producer Peter Fudakowski to approach Hood with his idea for a film adaptation of playwright Athol Fugard‘s only novel Tsotsi. The story of a vicious teenaged gang member (a tsotsi), who murders a young mother and decides to care for her baby over the course of a week, undergoing a spiritual awakening along the way, immediately appealed to Hood.

“I loved the character of Tsotsi in the script,” said Hood in a 2006 interview. “I think the central character was truly unlikeable at the beginning. Then through a series of encounters … he achieves a moment of heightened self awareness and if you like, he comes of age.”

Hood was also keen to film the story in Johannesburg and Soweto, an area that he maintains is not seen on screen often enough, though he did change the time setting from the 1950s to the present, and swapped apartheid for class issues and Aids. The visual feast was accompanied by a pumping kwaito soundtrack, featuring the likes of Zola, Mafikizolo, and stalwart Vusi Mahlasela.

The film went on to garner nominations for a British Academy of Film and Television Arts award, a Screen International award, and a Golden Globe. It also took home the People’s Choice Award at the 2005 Toronto Film Festival and the award for best foreign film at the 2006 Santa Barbara Film Festival, among others, and was critically acclaimed far and wide.

After Tsotsi, Hood was able to take another step closer to the big league by directing his first Hollywood feature, the 2007 political thriller Rendition. The film starred Jake Gyllenhaal and Oscar winner Reese Witherspoon and featured screen legends Meryl Streep and Alan Arkin.

“After the Oscar,” said Hood, “I was sent a lot of stuff, which was flattering. I was reading and reading and this script came across my path, and I saw the title Rendition … I started reading it and of course, within a matter of a few pages, I was utterly absorbed.”

It was almost inevitable that Hood’s next project should be on a grander scale than anything he had done before.

“What appeals to me about the Wolverine character of all the other characters,” commented Hood, “is my feeling that he’s the one that suffers from the most existential angst. Since I’m a guy who loves emotional complexity … I think his great appeal lies in the fact that he’s someone who, in some ways, is filled with a great deal of self-loathing, and he’s constantly at war with his own nature.”

The film has already been the subject of some controversy, with an unfinished version leaked onto the internet at the beginning of April 2009, but Hood has assured fans that the pirated version doesn’t contain everything and that audiences have plenty to look forward to. 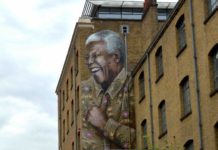