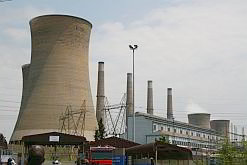 Camden power station in Mpumalanga is
one of the previously mothballed plants
that Eskom recommissioned.
(Image: Bongani Nkosi) 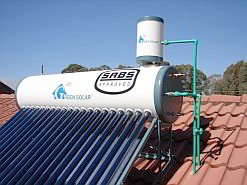 A permanent 10% reduction in residential use is one of Eskom’s goals for the coming years, when it’s expected to add more power capacity to the national grid.

The utility hopes that the open innovation challenge will produce the required, and sorely needed, technology.

The scheme will open for submissions on 1 June 2011 via the new website www.openinnovation.eskom.co.za. Eskom urges innovators from South Africa and abroad to take part.

The pilot project has other focus areas besides low energy consumption technology. Participants may also submit ideas for the design of early power failure detection machinery, as well as technology for effective water and waste management in industrial processes.

Eskom also wants to find experts to participate in its peer review group, which focuses on methods used to measure the impact of power generation and distribution on the environment and economy.

The new challenge is Eskom’s way of reaching out to the private sector and the public for new ideas. “By embracing inspiration and creativity both internally and from outside Eskom, we accelerate the discovery and implementation of innovative solutions,” said Eskom’s Innovation Circuit Manager, Kammy Dhaver.

“Tapping into the knowledge of a global citizenship will accelerate the innovation cycle and help us find the missing pieces of the puzzle that much quicker,” said Barry MacColl, acting GM of Eskom Research and Development.

“It is a key strategy in Eskom’s quest to meet the energy challenges we all face,” he added.

Eskom said while it always outsources expertise which can’t be found within its ranks, the “concept of open innovation explores these possibilities on a much larger scale”.

Techno companies Research Institute for Innovation and Sustainability and NineSigma have been roped in to work with Eskom to assess potential innovation.  The two will also play a role in transforming ideas into viable and efficient tools.

“Eskom’s open innovation program demonstrates their continuing commitment to their vision of empowering South Africa, its people and the economy,” said NineSigma’s vice president Skip Davis. “We are pleased to be working with Eskom.”

The state-owned Eskom, which generates 95% of South Africa’s electricity, is on a campaign to ensure that the country does not experience power blackouts in future, as it did in 2008. The utility produces 45% of the electricity used in Africa, and several neighbouring countries also draw power from it.

Besides building new power stations, Eskom has recommissioned power stations that were previously shut down in its bid to boost the national grid’s power generation capacity.

Construction of Medupe power station in Limpopo restarted in mid-May after a protest by contract workers. The plant is expected to start supplying electricity in 2012, when its first unit is switched on. It will add 4 800MW to the power grid once it’s fully commissioned by 2015.

On 30 May the utility announced a US$805.6-million (R5.7-billion) loan from the Export Import Bank of the United States for the Kusile project, one of its major power stations currently under construction. The coal-fired plant in Mpumalanga will generate 4 800MW of power once complete.

Eskom continues to urge South Africans to use electricity sparingly. It recently denied media reports that it was planning power cuts in parts of the country.