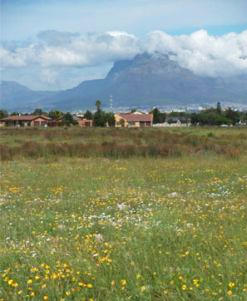 The Bothasig Nature Conservation Area has been established in the suburb of Bothasig, under the umbrella of the Protected Areas Act, after a 10-year battle to get it declared. The drivers of the campaign were ward councillor James Vos and the city’s biodiversity management department.

The 10ha site, 15km north-west of the city centre, was previously an illegal dumping ground and a home to vagrants. “I am pleased to announce that what was a dumping ground and magnet for criminal and anti-social activities is now becoming an area of natural beauty that can be enjoyed and appreciated by all who visit it,” said Vos. “I believe that the establishment of nature reserves and conservation areas are essential in the rebalancing of our environment and our community.”

Less than 1% of the Cape Flats plain fynbos is conserved. Bothasig also contains two seasonal wetlands. A fence will be erected around the perimeter of the site, with controlled access. All alien vegetation will be removed and a series of pathways, with signage, will be constructed.

Vos said the development “provides a wonderful opportunity to preserve the natural environment within a fast-developing urban landscape”. “Complementing the existing conservation areas alongside Edgemead and towards the Tygerberg Nature Reserve, these conservation sites will benefit the community as a whole in the years to come. This was achieved through much hard work and perseverance.”

Cape Town has thousands of indigenous plant species, with 190 endemic to the city and occurring nowhere else in the world. The city and environs has many different soil types and micro climates which support these unique plant species.

Fynbos is the natural shrubland or heathland vegetation occurring in a small belt of Western and Eastern Cape. It thrives in winter rainfall coastal and mountainous areas with a Mediterranean climate. The Cape’s fynbos is known for its exceptional biodiversity. It grows in a narrow 100km to 200km coastal belt stretching from Clanwilliam on the west coast to Port Elizabeth on the south-east coast, and forms part of the Cape floral kingdom, where it makes up 80% of the plant species found in the area. Of the world’s six floral kingdoms, it is the smallest and richest per unit of area.

Vos is working, too, to preserve Cape Flats sand fynbos, which is also critically endangered. “I am working very closely with the staff from the Tygerberg Nature Reserve to consider additional conservation measures such as the restoration of the critically endangered Cape Flats sand fynbos as well as the introduction of other rare plant species; and the putting into practice of educational signage and footpaths,” he explained.

The Cape Floristic Region, in which the Cape Floral Kingdom occurs, has a high proportion of unique and endangered species, and as a result is considered a global biodiversity hot spot, according to the department.

“The City of Cape Town presents a difficult challenge for biodiversity conservation among cities within South Africa, and possibly globally, as the urban footprint coincides with many unique vegetation types and habitats,” the department states on the City’s website.

Of the 21 national vegetation types in South Africa that are considered Critically Endangered, 10 occur within the city. Of these, three occur nowhere else but within the city’s boundary.

A further six threatened vegetation types occur in the city. The Cape Flats is an area that has been under-conserved and has experienced huge urban sprawl dating back decades. This area alone supports more than 1 460 different plant species of which 203 species are threatened with extinction, and five are globally extinct in the wild.

“We need to conserve biodiversity, not only for its own sake and for future generations, but because intact natural habitats offer many benefits to humankind, including an improved quality of life and health through the many ecosystem goods and services they provide.