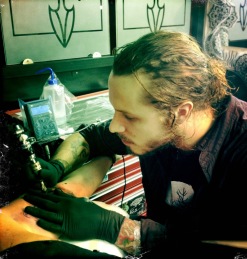 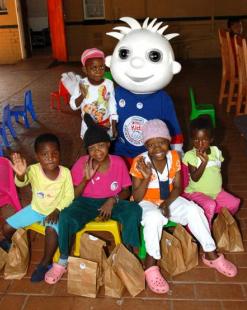 For many, the thought of getting a tattoo is a scary one. For others, people with tattoos have a bizarre way of expressing themselves and do not have charitable traits. Capetonian Jordan Gray is changing that perception, all in the name of charity.

With the help of tattoo artists from around Cape Town, Gray organised the city’s first ever tattoo-a-thon, for the Children’s Haematology Oncology Clinics (CHOC) Childhood Cancer Foundation.

The 24-hour charity drive took on 15 June and aimed to raise R100 000 for CHOC’s Tygerberg Lodge – a facility that houses several families of children undergoing treatment for cancer.

The fundraiser involved 30 tattoo artists from 10 of the Mother City’s top tattoo studios, who were hard at work in an effort to help remove the stigma surrounding tattoo fanatics.

Project coordinator Gray wanted the event to draw as diverse a group of South Africans together as possible. Furthermore, he hoped that all who were present would be eager to assist CHOC by getting tattoos.

The start of a journey

The CHOC SA was established in 1979 with offices across the country that provide all-inclusive support for children suffering from cancer and life-threatening blood disorders. The organisation recognised the far-reaching impact of cancer on families and children undergoing treatment, and in response decided to provide residence for these children for the duration of treatment.

Gray became involved with CHOC a few years ago when he adopted a cancer patient named Gishmo by taking over the funding for his treatment. Gishmo’s parents were struggling to meet the financial demands of his brain cancer treatment. The family was housed by CHOC for the duration of Gishmo’s trials with his cancer and treatment, until he lost the battle to the disease shortly after his second birthday.

CHOC does not receive funding from the government and relies heavily on donations from corporates, individuals and parents of children with cancer.

“Donations and fund raising projects like the Tattoo-a-thon are therefore the lifeblood of the organisation,” says Gray. “The facilities need re-tiling, paint, plumbing, electrical and security services urgently for the recovery process of the children.”

The controversial champions of childhood cancer

Currently, Gray is a graduate of Landmark Education – a global educational enterprise – and is close to finishing the Self-Expression and Leadership Programme, through which students learn to make an impact on communities and contribute to the quality of life of others.

The idea for a Tattoo-a-thon came to him, along with his connection to CHOC, in the form of a curriculum community project.

Gray hopes to achieve respect for tattoo enthusiasts – to whom a stereotype of rebellious and somewhat mischievous is often attached – by highlighting the diversity of the city’s ‘tattoo community’.

“I am covered in tattoos,” Gray points out. “And so I want to alleviate the stigma attached to people with tattoos by doing something to show South Africa that people with tattoos are not second rate citizens, but that we are a community that cares.”

With fundraising at the core of this project, the event aims to uplift CHOC.  There are also plans to make it an annual event that can expand to Johannesburg and thereafter to overseas locations such as London, New York and Miami, with all proceeds strictly devoted to cancer awareness and treatment.

Meanwhile, the tattoo studios in Cape Town seek to break a record of 300 tattoos for each studio in an effort to raise as much money as possible. The studios involved in the initiative are Wildfire Tattoos, Sins of Style, Metal Machine, and Mob Inc.

Johannesburg tattoo parlour Fallen Heroes has pledged their support to the cause by designing gold ribbon tattoos, dedicated to childhood cancer. Manuela Gray, co-founder and owner of Wildfire Tattoos, said all tattoos are a set size and will only cost R700.

Participants can book their tattoo appointment directly with the tattoo studio or go to www.tattooathon.co.za to choose an artist of their choice. 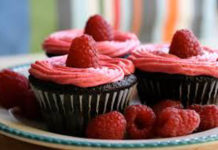 Fighting cancer one cupcake at a time 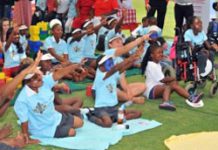 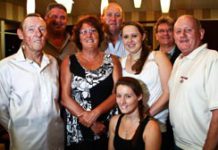