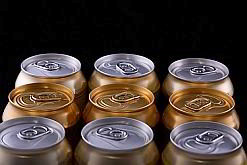 The Every-Can-Counts campaign was
able to raise R8.5-million through
South African support of beverages in
environment friendly cans.
(Image: Freepik) 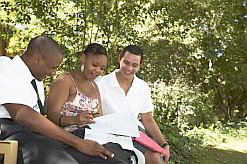 Through Nampak Bevcan’s bursary
scheme, pupils will be able study
further and have the opportunity
to work for the packaging company.
(Image: MediaClubSouthAfrica.com. For
more free images, visit the image library)

Nampak and Bevcan, which generated the funds through the sale of canned beverages, named the campaign Every-Can-Counts.

Nampak is a packaging company, while Bevcan is a subsidiary of Nampak specialising in canned packaging.

The funds will benefit underprivileged pupils and millions of other school-goers through televised education programmes.

Erik Smuts, Nampak Bevcan MD, said: “Thanks to the South African public, we are thrilled to be able to contribute this incredible amount to assist with education.

“We are very happy with reaching the R8.5-million ($1.12-million) mark and we are thankful to the many people who supported the cause by purchasing beverage cans.”

Smuts added that it was not just Nampak Bevcan, but all the people of South Africa who contributed to the success of the campaign.

According to Nampak, the cans are 100% recyclable and 70% of them are collected for such a purpose, making them the most recycled form of packaging.

Nampak’s initial contribution has been earmarked for the maintenance and development of science and computer labs, libraries and infrastructure at schools. It will also help boost teacher upgrade programmes and fund bursaries for students who excel in maths, science and accounting

Through its corporate social investment programme, the packaging company has pledged a further R2.18-million ($283 000) to provide 61 pupils with bursaries.

These bursaries will be awarded to scholars who excel in maths, science and accounting at schools belonging to the Nampak Partnered School Bursaries Scheme.

According to Nampak, approximately 240 individuals have completed the company’s two-year graduate programme since 2001. From that number, 12 came from Nampak partner schools and were awarded Nampak bursaries.

To be considered for a position at Nampak, beneficiaries must first do well in their final year of high school, complete their tertiary education using the bursary, and then take part in the graduate programme.

Due to the competitive nature of the programme, graduates must have a degree in one of the following fields: accounting or finance, engineering, human resources, information technology or business systems, logistics or supply chain, sales and marketing, or production and manufacturing.

The Every-Can-Counts campaign will also contribute to SABC Education, thereby benefiting pupils at schools which aren’t earmarked for upgrades or bursaries.

SABC Education will receive R2.5-million ($350 000) for content in their Matrics Uploaded show, which is broadcast daily. The show focuses on helping pupils from grades 10, 11 and 12 prepare for their final exams.

Danie Swart, head of marketing for SABC Education, said: “SABC Education is delighted to be a recipient of these funds as it is only through sponsors such as Nampak and Nampak Bevcan that we can make our show a possibility.”

The beneficiaries of the remaining R1-million ($140 000) will be announced before the end of September 2011.