As the 21st International Aids Conference in Durban drew to a close, Prince Harry and Elton John joined a panel discussion on HIV/Aids and the youth. They hailed the progress made and stressed the need to continue the good work to empower young people. 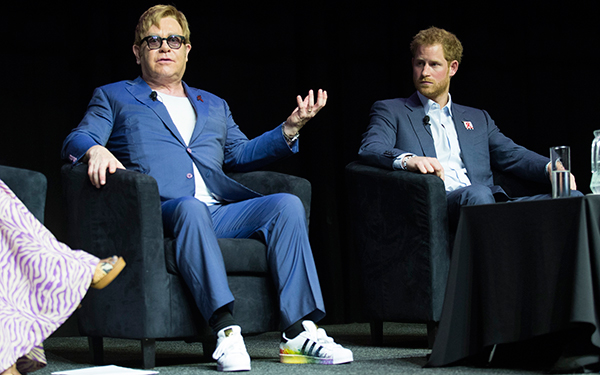 “We cannot beat HIV without giving young people in every country the voice they deserve,” said Prince Harry at the 21st International Aids Conference in Durban. “Without education and without empowerment, HIV will win.”

He was speaking on Thursday at a session called “Ending Aids with the Voices of Youth”.

Prince Harry called on this generation to be the one to bring an end to Aids.

In the same session, British musician and LGBT activist John protested that both gay people and young people are being left out of the global Aids response. “It needs to stop here and now,” he said.

“Many LGBT people and youth around the world still don’t have access to life-saving treatment and face high cases of stigma and discrimination.”

.@eltonofficial: “Young people are being left out and left behind in the AIDS response.” #AIDS2016 pic.twitter.com/gswp3kGe7e

Prince Harry also spoke of stigma and discrimination. He recalled his visit to Lesotho over 13 years ago. There he met many young people forced to become adults too soon after losing one or both parents to Aids.

This prompted him and Lesotho’s Prince Seeiso to form the charity Sentebale, which gives support and expertise to children and young people affected by HIV and Aids.

“We knew that just focusing on the physical effects of the disease wasn’t enough – a child with unaddressed depression or traumatic stress from bereavement, poverty, and discrimination is not a child who is likely to stick with their treatment programme,” Prince Harry said.

Progress already made, but the fight continues

The British royal spoke about the first International Aids Conference, held in 1985, when HIV was considered a death sentence. He said stigma stopped people from being open about their condition and actually getting tested.

But because of the work from global leaders – he mentioned Nelson Mandela, Sir Elton John, and his mother, Princess Diana – huge progress has been made.

“When my mother held the hand of a man dying of Aids in an East London hospital, no one would have imagined that just over a quarter of a century later treatment would exist that could see HIV-positive people live full, healthy, loving lives.”

But he identified a new risk – complacency.

“We cannot lose a sense of urgency, because despite all the progress we have made, HIV remains among the most pressing and urgent of global challenges – 1.1-million people died of Aids and 2.1-million were infected last year alone.”

“HIV remains the number-one cause of death among adolescents in sub-Saharan Africa.”

The progress the prince has seen in Lesotho has given him confidence, though. He has seen diligent support from young people to friends and family with HIV. He said they are the reason he cares so passionately about the fight.

“I hope that their stories of courage, and not just the huge problems they face, can inspire all of you as well.”