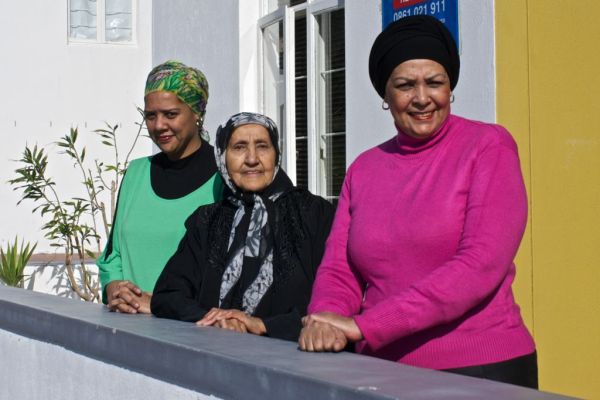 “That sense of belonging to something was lost, suddenly the world was not as safe anymore.” – Zahra Hendricks on being forced to leave District Six. (Image: Lorraine Kearney)

People have an amazing ability to adapt to their circumstances. The mind buries trauma till it seems like a dream, and the more traumatic the event, the quicker the mind tries to forget and heal. Yet in the spiritual geography of some Cape Town families, a finger of land still looms large in their identity. It holds memories they are unable to shake off.

Now, 30 years after being pushed out of District Six, families are slowly returning and trying to rebuild the community they lost.

It’s cold outside; an icy winter front blankets the city of Cape Town with an almost arctic blast. Inside her ground floor flat, Zahrah Hendricks pours herself a cup of tea and waits for the sun to set. The flat is warm, made even more so by the homely appetizing aromas wafting from the kitchen. The table is laid, the sun sets and tea is drunk along with a sweet date. The atmosphere is bright, light-hearted as the family share their day. Above them, the same scene plays out with the neighbours, who tuck into a plate of savoury snacks Hendricks sent upstairs.

“Memories of Ramadaan are some of the best I have from District Six,” she says. “Everyone shared. If you did not have a carrot or a tomato for your pot your neighbour would give you. If you had no food your neighbours made sure you had something to eat.” 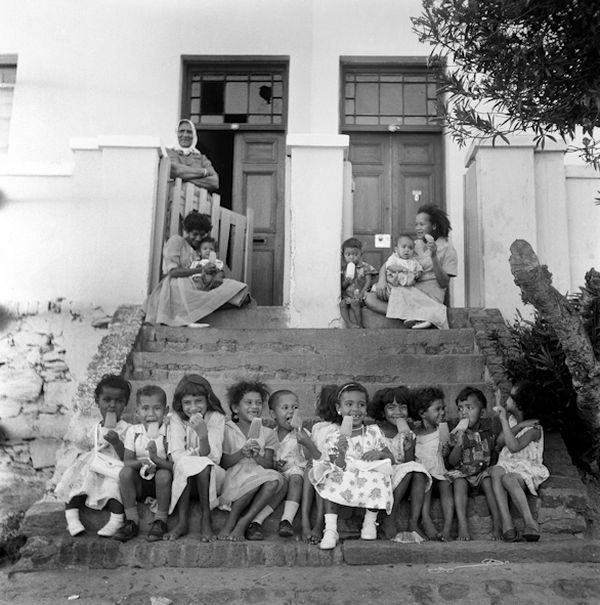 District Six was a community where everyone looked after everyone else’s children. (Image: Jansje Wissema (© Cape Institute for Architecture))

For 35 years she has dreamed of days like these, back in a place she remembers as home. Even when her family was moved – displaced to Kensington – there was always this idea that one day she would be back here. “My mother never wanted to come back to visit after we left. She never wanted to come to the shops that were still here or go to Good Hope Centre for shows. For too long my mother’s heart was broken.”

Mention of the Good Hope Centre brings another stream of memories bubbling up: memories of the colour and sounds of the klopse – the Cape Malay choirs that grew out of the area – who paraded through District Six on New Year’s Eve. “Once you got to be old enough you were allowed to stay up all night to watch the parade. It was carnival, bright colours and songs everywhere. I go to watch the klopse these days, but it’s not the same. In the District we could stand on the street and they would parade past you, and you were there with your family and friends. It can never be that again.”

Hendricks loved the culture that grew out of the rough and tumble poverty, the gangsters and the tolerance. This sense of place never died even as she and her neighbours were evicted by the apartheid government and moved to windswept points far outside the city.

That sense of community is what old residents of District Six miss the most. The District, on the outskirts of the Cape Town CBD, was home to a mixed race community that was uprooted when the area was declared for white use only. People were moved, mostly to the lunar landscape of the Cape Flats, with life on the District’s vibrant streets committed to memory. The Star Bioscope, the Hanover Street fish market, the communal public baths – these are all remembered; as are the large gay community, and the shops where owners allowed you to take bread and milk to be paid for when you had money. 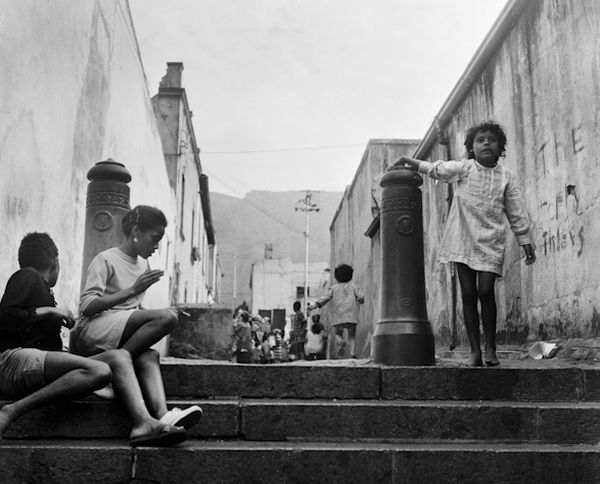 There were the horse-drawn wedding parades to look forward to every weekend. And the different places of worship – Hendricks went to Sunday school with her Christian neighbours, who tagged along to Friday prayers at the mosque. “I loved going to the African churches as well,” she recalls. “It was the only place where I could dance.”

Preparing for the feast

It is the last day of Ramadaan; there will be little sleep tonight as the multigenerational household prepares for Eid ul Fitr. There is lunch to be prepared, treats to be readied, and change gathered for the children who will knock on their door to wish the family a blessed day.

“In the old District Six Eid was a day for all the children. You would put on your best clothes and visit as many houses as you could. And you could walk safely anywhere. At the end of the day you got home full and had money you could spend on anything you wanted.”

That money was saved to buy a cinema ticket on a Saturday afternoon; the bioscope was the place to be seen. Saturday nights were for dancing at a house party, under the watchful eye of many adults. “When I think about those days the thing I remember the most is that sense of safety I felt. I did not know it then, but once we moved and our neighbours were strangers, I knew that something was gone.”

For the government District Six was a place of vice and disease, but people really lived there. (Image: Jimmy Riardore/District Six Museum)

Hendricks’ new home is not far from where her family once lived. Today, she walks around her growing community. Walking gives life to the memories she has of her District Six. She sounds sentimental and nostalgic as she talks of her home, their street, and neighbours. “This was such a wonderful place to grow up. Everyone’s door was open, as children we could go in and out of our neighbours’ houses as if they were our own homes.”

Hendricks’ emotional attachment to what was, is tempered by the knowledge that a community destroyed by the signature of a city official cannot ever be rebuilt. When the area was declared white in 1966, it was home to 1 900 families, numbering a little over 60 000 people.

Since then, plans to gentrify the area have failed. Redevelopment will, it is hoped, improve the diversity in the city centre, bringing back the historical memory of the displaced, people of colour, the poor, and the working classes. Redevelopment, the city hopes, will restore the heart that was ripped out in the 1970s, leaving an ugly scar.

In their hit musical District Six, David Kramer and Taliep Petersen ask a simple musical question – Can These Stone Steps Forgive the People Who Destroyed Our Homes? – referencing the set of steps at the centre of the neighbourhood. The children of the people have not come back to avenge themselves on faceless bureaucrats, instead they are coming home, slowly, to rebuild.

‘Broetjie my bra’ from District Six the Musical