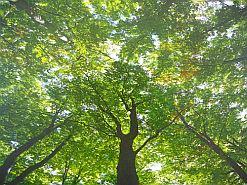 Greenpop will plant 5 000 indigenous
and fruit trees in Livingstone, Zambia,
to reforest a country with the world’s
second highest rate of deforestation. 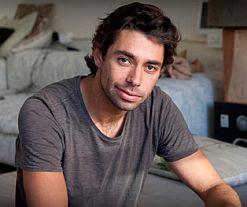 Misha Teasdale, co-founder of Greenpop
said that they will be planting 1 000 trees
in one day.
(Images: Greenpop)

Greenpop, an NGO based in Cape Town, will be planting more than 5 000 indigenous and fruit trees in Livingstone, in Zambia, in an effort to help reforest a country that has the world’s second highest deforestation rate.

The planting will take place over three weeks in July 2012, when Greenpop will join forces with other volunteers to plant trees that are being grown at the Zambezi Nkuku nursery.

Zambezi Nkuku is a chicken farm that works to improve the environment in Livingstone by collecting organic waste from markets and teaching people what organic waste consists of and why it is important. Its nursery section helps to scupper deforestation in Zambia.

Lauren O’Donnell, the co-founder of Greenpop, said: “Greenpop’s mission is to make tangible change and get everyone excited about trees.”

The reforestation efforts are under the banner, Trees for Zambia: Climate Education Action, and Greenpop is calling its reforestation efforts a treevolution. Since it was established in September 2010, the organisation has planted 8 512 trees in 150 locations around sub-Saharan Africa, and has 1 075 volunteers signed up.

While in Zambia, the NGO will also be hosting workshops at schools, teaching pupils about trees and their benefits.

“We have met the Department of Education in Livingstone and have 20 schools on board. Prior to July, we’ll be sending up educational material all about trees and during the campaign, volunteers will be planting with kids and facilitating fun workshops to teach the uses of trees and all their amazing benefits,” said O’Donnell.

The schools have already received some of the trees. “We have received some pictures from enthusiastic teachers showing us how well their trees are growing.”

Greenpop will also be passing on skills to subsistence farmers.

“We’ll also be working with the Conservation Farming Unit in Zambia to teach and implement sustainable farming techniques with subsistence farmers,” said Misha Teasdale, a co-founder of the organisation. “Part of this initiative will see some of these farmers joining our micro-nursery enterprise programme and growing Faidherbia albida trees that we will buy back from them a year later to replant.”

Buying back the trees would be a financial incentive for the farmers. They would also be able to learn about crop fertilisation and how the Faidherbia albida tree was important for soil rejuvenation, she explained.

“One of our big planting days will see 1 000 trees planted in a day just a stone’s throw from the magnificent Victoria Falls in the Peace Park – practically right in the spray of the falls. We’re really excited for this,” Teasdale added.

Greenpop is seeking volunteers to help in the reforestation efforts, which will run from 1 July to 22 July 2012.

The volunteers, who will be camping at Maramba Lodge in Livingstone, will spend their days planting trees at schools and in forests; undertaking environmental education workshops; and learning about conservation efforts from local and international environmental experts.

“I can’t wait to get up there and start planting, but I’m also really looking forward to all the side events that’ll be going on while in Zambia,” said Jeremy Hewitt, another co-founder of Greenpop. “It’s going to be an epic adventure and I can’t wait to share it with such a diverse group of people.”

These prices include everything that will be on their itinerary during their stay, but does not include personal items and flights to and from Livingstone International Airport.

Forest Day was held at the COP17 climate change conference held in Durban in December 2011. On the day, experts spoke about the new wave of deforestation happening in Africa.

Deforestation was killing wildlife and threatening the resilience of ecosystems to withstand the effects of climate change, they said.

Tina Joemat-Pettersson, South Africa’s minister of agriculture, forestry and fisheries, said at the event: “Climate change threatens to undermine many of the development objectives of countries in Africa and in the rest of the developing world, in particular in the areas of water, energy, health, agriculture and forestry.”

About the importance of trees, Frances Seymour, the director-general of the Centre for International Forestry Research, said: “It is urgent to safeguard Africa’s forests, not only because they slow climate change but also because they act as a final barrier to creeping desertification, underpin sustainable agricultural production, and support the livelihoods of tens of millions of rural poor.”

Agro-forestry is agriculture incorporating the cultivation and conservation of trees.