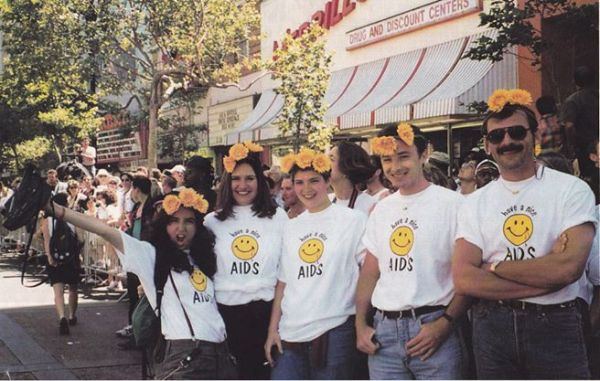 • From Daveyton to New York, Lira’s still singing her heart out
• Ellis uses sport to build a better world
• Graça Machel is a heroine in her own right
• Natalie Du Toit: ‘It is important to swim your own race’
• Jerome Slim Du Plooy cares about making a difference

On that day in 1983 South African David Ross Patient found himself in the desert outside the city. He wanted to free his soul by flinging himself to the valley floor below. Three times Patient worked up the nerve, came close, and failed. Then he was struck by an epiphany that brought him back from the edge.

“Someone had to bear witness about a time when there was a disease called HIV; why could it not be me? Natural disasters, holocausts, genocides, there are always a handful of folks who survive; I was determined to be one of those people. That was the beginning of my own self-empowerment and ‘growing a pair!'”

Patient had been diagnosed as HIV-positive at a time when it was a death sentence. There were no drug regimens to treat the disease and very little understanding about a new disease that killed everyone it infected. “HIV was 100 % fatal, but I was relieved knowing I had no more than six months to live. Once the shock of my diagnosis had sunk in, I went back to using cocaine to hide my real emotions.”

Patient has done more than bear witness since his Damascus moment. He returned to South Africa and has become a leading Aids activist and motivational speaker. Work by people like him has produced South Africa’s ARV treatment programme, the biggest in the world.

“People living with HIV are human”

For the first five years HIV/Aids was called GRID – Gay-related Immune Deficiency – after a cluster of similar deaths was identified in gay communities in the US. By 1986 the US Department of Health and Human Sciences had dispelled the idea that HIV/Aids was a gay disease caused by “gay sex”. It is this stigma that still breeds ignorance in some conservative circles.

People living with HIV are human… deserving of kindness and understanding, not cruelty, says Patient. “Misinformed but well-meaning clerics are telling their congregants to stop taking their medication and trust in their faith to heal themselves. This advice can lead only to death. What they fail to recognise is that God inspired the scientists who created the test for HIV and then created the ARVs. Thanks to those God-inspired people there are millions of people who lead normal lives, who get to see their children graduate or watch them get married.”

Survival is a personal choice says Patient. Taking charge of your own treatment and health is the best way to live a long productive life. It is possible he says, pointing to his own survival. It has been decades since HIV was a death sentence; in South Africa the life expectancy of someone living with HIV/Aids is only a few years shorter than the average. This of course depends on people living with HIV doing their part to stay alive.

HIV is a manageable disease

The ABC programme has made HIV a manageable disease; you do not have to give up on your dreams, you can get your degree, build that dream house. You can live your life Patient urges if, “you educate yourself about how your immune system functions. What you need to do to support it and giving it those things. Understand that your wellbeing rests in your hands and nobody else’s.”

“Doing nothing is committing suicide. If you are drowning and I throw you a rope and you tell me you’d rather wait for a boat to come along, when there is none in sight, you are basically ending your own life.”

In 1983 the prognosis for someone who contracted HIV was death. The last best hope was the drug AZT, released in 1987 in the US and Europe; it had been proven to kill the virus in petri dishes in the lab. With treatment most patients were given six months to live. The side effects – chronic headaches, nausea and muscle fatigue – for most patients, were as bad as the disease, but it was the only drug available.

“I was on the original human trails of AZT back in late 1985, into 1986 and stopped after about eight months due to how toxic the drugs were. We were taking 12 pills a day whereas today ARV is one pill a day.”

The manufacturer of AZT never promised a cure (in 1993 the drug was shown to not cure HIV/Aids), but it kept you alive longer and, psychologically, gave people who thought of their infection as a death sentence hope. If AZT kept you alive, maybe someone would find a cure, or a vaccine.

Today those dreamed-of other treatments exist. A three-drug regime helps keep the virus stable and allows people living with HIV to lead productive lives. South Africa has the largest treatment programme in the world but Patient sees a problem in this success.

“Adherence levels (to treatment) are dismal. Government needs to help people understand that ARVs need to be taken daily, for life. People start feeling better and then stop taking medication. This holds the promise of huge public health challenges down the road with drug-resistant strains if the virus is being transmitted.”

It disturbs Patience that there are people who believe that HIV has been cured, that a pill regimen will make you okay. It is frustrating that this idea exists because people stop listening. Patient believes the path he has followed means he needs to speak out – for those too poor, powerless or weak to be heard. “Not just for those of us living with HIV. Most peoples, civil society and the medical profession as well, have an incredibly outdated understanding of HIV. We need as a nation to update our understanding around HIV and health in general.”

Starting HIV education with the basics 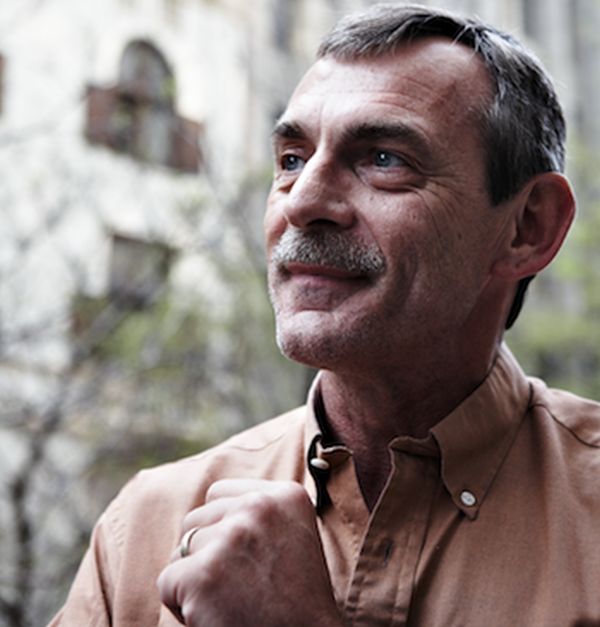 A teen girl in SA is 8 times more likely to get infected than a male teenager. (Image: David Ross Patient)

South Africa’s ARV and HIV programmes are based on the preconception that people know and understand how their bodies work. Patient believes that any programme must begin with the very basics so people do not feel like they’re groping around in the dark. “We are talking above people’s heads because these fundamentals are not in place. Most programmes are too technical to hook people. People are being left confused because we are piling what they are about to learn on top of what we assume they know.”

If he had to design a programme, Patient would begin with life skills programmes in school. They should be mandatory with a set curriculum. This would remove a teacher’s personal beliefs and sexual misinformation from the process. “If you have an educator who is uncomfortable talking about sexual reproductive science fears and beliefs, this does nothing to educate people about the reality of HIV.”

Patient is more than just a candle flickering in a cold wind. He is healthy, and happier than he has ever been. He has gone from being the kid who had tried multiple times to kill himself before he was 17, to finding success as a motivator and Aids activist. “There is still a stigma of shame attached to HIV but I have helped by talking openly.”