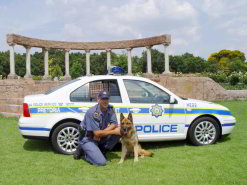 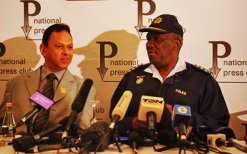 South Africa’s Crime Line is one of a number of member organisations of Crime Stoppers International (CSI) which together have contributed to a global haul of seized drugs and stolen property worth US$10-billion (R70-billion).

The announcement came in January 2011 and, said Crime Stoppers, almost 800 000 people have been arrested with the help of the member programmes running in 22 countries, which help to solve a crime somewhere in the world every 14 minutes.

In South Africa there are two main anti-crime programmes – Crime Line and Crime Stop – and, as in other nations, both initiatives allow people to anonymously submit tip-offs to local police, who will then act on the information. Anonymity eliminates people’s fear of intimidation by criminals, especially in communities.

The project set the example for other nations to follow by being the first to introduce a facility which lets citizens send their information via SMS at any time of the day or night.

The Crime Lime SMS number is 32111, and messages cost R1 (14 US cents) each. Concerned citizens can also fill in a form online. People are asked to include as much detail as possible in the messages, and can rest assured that their personal information will remain private.

The Crime Line website helps people to identify the most wanted criminals by publishing their photos and supplying a contact person and phone number. It also publishes success stories that could not have happened without the help of the public.

South Africa is driving the spread of the Crime Line initiative to other African countries, and according to reports, has received interest from neighbouring Botswana and Namibia, as well as Nigeria and Ghana.

Crime Stop is a Saps initiative which operates through a chain of call centres around South Africa. Figures on the Saps website indicate that since its launch in 1994, the project has resulted in the successful resolution of over 250 000 criminal cases and the recovery of R1-billion ($142-million) worth of narcotics and stolen goods.

Citizens are encouraged to call the toll-free number 08600 10111 to submit their information, or send an email.

“Our Crime Stop programme in South Africa is one of the strongest and most effective in the world,” said the detective service’s divisional commissioner Johan de Beer. “We must continue to work in such partnerships to prevent and detect crime, for crime prevention really is everyone’s business.”

Leading the world in fighting crime

In 2010, in an African first, three of South Africa’s top crime fighters took their seats on the CSI board of directors. Crime Line head Yusuf Abramjee, and Major-General Vinesh Moonoo and Colonel Dr Attie Lamprecht from Saps are the country’s representatives.

South Africa’s Crime Line scooped three awards in mid-2010 at the annual CSI conference in Canada. The organisation took the media awards in the print, radio and television categories for a trio of outstanding advertising campaigns.

“We were delighted to receive these prestigious awards,” said Abramjee. “Crime Line has made its mark on the international stage in a very short space of time.”

He added that to date the organisation boasts about 1 100 arrests, and has recovered goods to the value of over R37-million ($5.3-million), all thanks to the input from members of the community.

“Let’s continue to get more criminals arrested. Let’s make 2011 a year of major successes in the fight against crime,” said Abramjee.