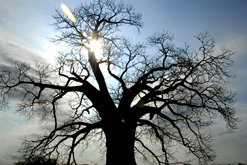 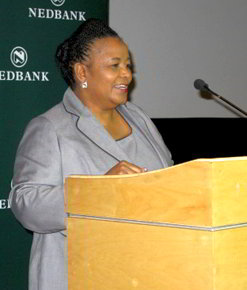 The upcoming COP17 negotiations in Durban are unlikely to achieve a new binding international commitment to reduce greenhouse gas (GHG) emissions, but it should help map out the long-term transition to a low-carbon world. Being aware of this and avoiding unrealistic expectations will be key to the event’s success.

This was one of the messages relayed at a recent pre-COP17 summit in Johannesburg, backed by WWF South Africa and the National Business Initiative.

Some 20 000 delegates are expected to attend the talks, which are taking place in South Africa for the first time. The country is the third in Africa to play host to a COP gathering, after Morocco in 2011 and Kenya in 2006.

South Africa’s minister of water and environmental affairs Edna Molewa is expected to lead the local negotiating team at the meeting.

South Africa became a signatory to the protocol in mid-2002 and by August 2011, 191 states, including those belonging to the EU, had signed and ratified the agreement.

“Durban is the last real opportunity for countries to provide certainty on a future climate regime. The first commitment period of the Kyoto Protocol ends next year. The world’s citizens are waiting for a clear signal about what countries will do in a second commitment period that will help save the planet and its people,” WWF South Africa has stated.

One of the challenges of the existing Kyoto Protocol is that the US, China, India and Brazil are not signatories to the treaty, and the combined GHG emissions of countries which did sign it only account for about 55% of the world’s total. This has led to widespread criticism.

Certain developed countries, led by Japan and Russia, as well as developing states like South Africa, now argue that the system is unfair and environmentally ineffective.

Compounding this is the fact that several signatories have admitted they probably will not be able to honour the commitment.

There is general consensus that the contract should be renewed beyond 2012, but that it should have stricter conditions attached and the US, China, India and Brazil should sign too.

The EU has said it would commit to a second term if others do the same. But major developed countries, including Japan, Russia and Canada, say they will only commit if developing countries do the same.

“Unless developing countries are also willing to signal their readiness to take on legally binding commitments in the future, then it will be very difficult to find a solution to deal with runaway climate change. This stalemate threatens agreements on all of the other issues that urgently await decision at COP17,” WWF South Africa states.

While the organisation does not expect the finalisation of a new legal framework at COP17, it does hope to “increase ambition and lay the basis for a future binding agreement”.