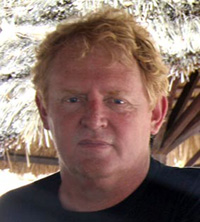 It’s not often you can generalise about a nation, particularly South Africa, but it’s probably true to say that South Africans in general have at least one common quality. We like to complain.

But given half a chance, particularly in private, South Africans let loose in blathering explosion of anger and bile in which every conceivable thing or person is to blame, other than, of course, themselves. It’s evident on seemingly interminable talk shows on the country’s many problems and particularly on the anonymous feedback commentary on the internet. Frequently, it must be said, it has a bit of racial edge.

It wasn’t always thus. It may just be a kind of wishful interpretation of history, but it does seem as if the stultification of free speech during the apartheid years has invoked a swing in the opposite direction now that speech is all too free. Now, given half a chance, everybody goes wild, so much so that the point is often lost as the arguments move away from the topic and get sucked down more familiar and emotional by-ways. Friends of mine describe this process as the vortex; the great whirl-wind of noise a wobbly nation makes as it desperately tries to keep its balance.

So the country’s recent electricity cuts, termed “load shedding” for reasons best known to politicians and people who throw switches, have provided a truly magnificent opportunity for the vortex to be released. The arguments about the electricity cuts have a truly splendid way of allowing the protagonists to simply justify their pre-existing beliefs. Power utility Eskom is a state-owned, corporate entity. It’s a vertically integrated utility and as such, it not only owns, operates and maintains the national transmission grid but is also responsible for generating almost all the country’s capacity. This allows the left to blame government for corporatising the entity, and the right to blame government for not corporatising the entity enough.

Whatever the case, it’s well known that Eskom provides some of the cheapest electricity in the world, and not by small margins either. The average wholesale cost of electricity is a full 60% lower than its nearest rival, which apparently is Canada. One of the reasons for this extraordinary proficiency is that South Africa has huge coal reserves and, consequently, generation is close to supply and, consequently, electricity in South Africa is cheap but also dirty.

But cheap electricity in South Africa also has a historical explanation too. When Eskom was established as a self-funding organisation, it expanded its generating capacity in line with the growth expectations the organisation’s management anticipated at the time. The big-boom period was in the 1970s when gold was, well, the same price it is now. The country’s growth rate was impressive, and because the lead time in establishing large coal fired furnaces is so long, Eskom built like crazy.

The result was overcapitalisation of the company and, for years, Eskom had a surplus generating capacity. Consequently, nobody bothered much. And so the electricity blackouts have caught everyone a bit by surprise, intensifying the vortex into a veritable cacophony of complaint.

But in fact, in a way, electricity shortages are the kind of problem you want to have. Most often they suggest strong underlying and democratic economic growth. It means consumers are stepping up and buying electronic goods in small mountains. It means lives are improving in incremental but significant ways with washing machines and stove cookers.

Of course, it would be nice if someone had their eye on the ball and managed to plan correctly. And strangely enough, someone did. A government white paper produced eight years ago suggested that at the current growth rates, South Africa would run out of electricity in – you guessed it – 2008.

Personally, I blame it on the vortex. Sometimes complaining takes you further away from the problem rather than closer to it. A culture of complaint is often lauded as the first step in recognising a problem. But when it turns a kind of campaigning negative, it constitutes a retreat into argument rather than a spur to better planning. In short, the vortex sucks.