Play Africa will be the first children’s museum in South Africa. Like children’s museums elsewhere, it will not be a staid mausoleum to history, but rather a place where children of all ages will be able to play and learn through interacting with a variety of giant exhibits. 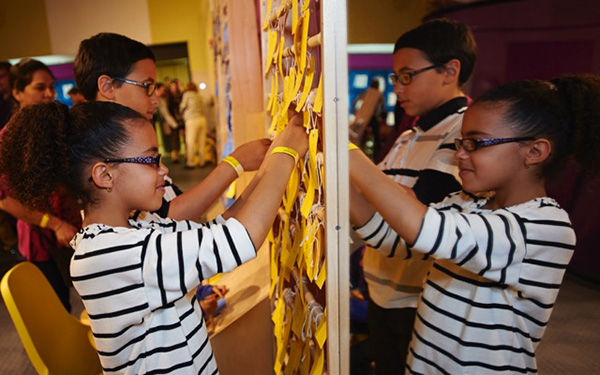 A museum designed for children, to allow them to learn and have fun doing it. (Image: Play Africa)

“It was so exciting to go into a space and you could touch anything, that there was nothing off limits to you as a child,” recalled Gretchen Wilson Prangley, the founder and chief executive of Play Africa, of her first visit to a children’s museum. “There was something like a giant bubble maker that made big, square bubbles and I remember seeing something when you’re that small that could create something that big, it’s extremely exhilarating.”

The American-born former journalist has been living in South Africa for over a decade. She was inspired when she took her six-month-old son to the Brooklyn Children’s Museum in New York City: it would be great to have a facility like this in Johannesburg, she thought. And so the idea of Play Africa was born; once up and running, it will be the first of its kind in South Africa.

Think of the word “museum” and the image that pops into mind is a quiet, still place filled with valuable artefacts and ancient items, where information is given via small plaques by the glass cases or through audio tutorial – and “Do not touch” signs are seen everywhere. A children’s museum is an entirely different concept. It’s more of a gigantic interactive exhibition on a range of topics. Many have indoor and outdoor spaces, and the most family friendly also offer food or picnic facilities.

“Kids are immediately transfixed by the site of life sized dinosaurs ‘bursting’ through the museum’s exterior walls, and inside they will find nearly a half million square feet of exhibition space, a staggering amount,” the American business magazine, Forbes, noted of the Children’s Museum Indianapolis.

In their research – they spoke to 200 South African families – Prangley and her team found that the term “children’s museum” made people think of a place where you learned about the history of childhood. “We hope people understand these are the places you can go… these places are so exciting and compelling and dynamic, you want to run into them because they’re such vibrant spaces, and the word ‘museum’ tends to make people think of something really different.”

According to the Association of Children’s Museums, there are more than 350 of these worldwide. The first, the Brooklyn Children’s Museum, opened its doors over a century ago, in 1899. One of its pioneers, Anna Billings Gallup, described the concept in 1925 as “Brooklyn’s gift to the world”.

The rights of children are enshrined in South Africa’s Constitution. “Children need special protection because they are among the most vulnerable members of society,” reads the Constitutional Court website. “They are dependent on others – their parents and families, or the state when these fail – for care and protection. As a result, the drafters of our Constitution have made children’s rights a priority – and have stated that the best interests of a child are the overriding concern when it comes to any matter affecting him or her.”

Prangley said Play Africa would help to empower children. “We’re saying children are worth the investment in our community, to create spaces that are made for them that empower them to touch, feel, explore and discover new things, new areas, to be exposed to new ideas, exposed to the world,” she said. “A child should walk away feeling extremely empowered because they’ve just engaged in a space entirely made for them.”

She observed that most urban areas catered for adults predominately; here, children needed to navigate the space in an adult world.

“For better or worse, children live in an adult-centred world. When they enter a magical world where this is not the case, it is a truly energising experience.” – John H Falk and Lynn D Dierking, Learning from Museums: Visitor Experiences and the Making of Meaning

“A right to a safe child-appropriate space to play is a basic human right but the reality is that only 29% of South Africa’s children have access to safe play areas,” said Prangley.

More than a school

The first obvious difference between a children’s museum and a school or a crèche is that it is much bigger. For Play Africa specifically, Prangley and her team are searching for the right spot. “What we’re looking at is between 3 000 and 5 000 square metres of indoor space, and 6 000m2 of outdoor space.”

There would also be a lot of self-directed learning, where children and their parents or caregivers could entirely immerse themselves in the experience. “You might walk in and find a child is drawn to a science laboratory in which they are invited to experiment with this idea of themselves as a scientist by using materials they will ever be able to find in their own school or crèche,” explained Prangley. “They might sit in the art studio and create a clay sculpture using materials they might never have the chance to access in their own school or crèche. They might spend their time learning about ecology through a water based exhibit.” 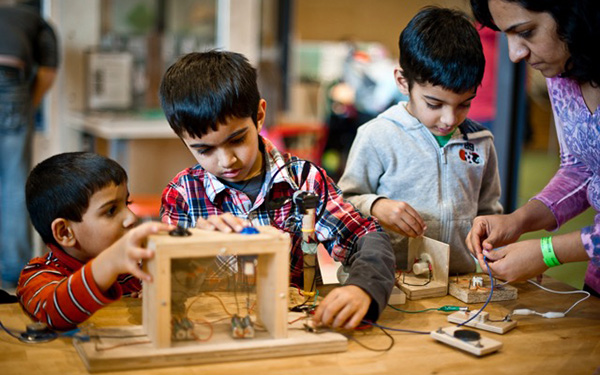 If a child feels like being a scientist for the day, they can at a children’s museum. (Image: Play Africa)

Open to all children

Peggy Chauke, the director of Leratong Preschool in Alexandra, Joburg, supports a safe area where children can play. She said the only place children played in Alex was on the roads. “They play soccer, cricket, whatever they want to play, they play in the street, which is very dangerous for them.”

In cities that have them, children’s museums have become tourist destinations, attracting both local and international visitors. Prangley pointed out that Mexico City’s children’s museum was the third most popular stop in the Mexican capital. Forbes magazine said the largest of them, Children’s Museum Indianapolis “is often ranked the single best such museum in the country, and fills five floors with permanent and temporary exhibits”.

In addition to tourism, children’s museums help to create a niche business industry. “You’ll find all over the world, small businesses that have been created specifically to create materials, to create exhibits, engaging hands-on learning tools for children and families,” observed Prangley. “We believe there is enormous potential for enterprises.”

Prangley would like Johannesburg’s museum to be a flagship destination, opening in 2018. “We’ve been approached to do satellite projects. We also envision micro sites operating in smaller communities,” she said. “We see beyond Johannesburg. We’ve also been approached by four governments – in Namibia, Botswana, Zambia and Zimbabwe. We believe that Johannesburg will be the first of many.”

She envisioned it as a place where families of all types, beyond race and class lines, could come together. “We believe in using a very inclusive space to bridge divides in our city,” she said. “We’re saying this is where every child and every family feels like they can come and play together, learn together, and dream together.” Just as she did as a child, when she saw those giant bubbles.