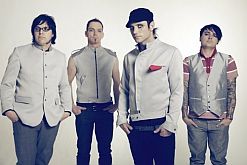 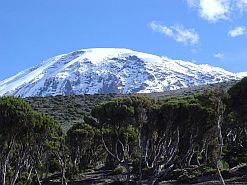 Mount Kilimanjaro, also known as the
Mountain of Greatness or the Roof of
Africa, is the highest mountain in Africa.
(Image: Wikipedia)

South African rock band The Parlotones will be climbing Africa’s highest mountain, Mount Kilimanjaro, as part of an awareness campaign to end violence against women and girls on the continent.

The country’s best-selling rock band will join citizens and representatives from the media and civil society from 54 African countries as they aim to “Speak Out – Climb Up” for the Africa-Unite campaign.

The campaign’s objective is to coordinate the actions and activities of 14 UN organisations with those of African countries to eliminate violence against women and children.

The climb up Kilimanjaro, also known as the Mountain of Greatness and the Roof of Africa, takes place from 5 to 9 March 2012. It will symbolically coincide with International Women’s Day on 8 March.

Doing something they’ve never done before

Summiting Kilimanjaro will be a first for South Africa’s premier rock band, although they have been involved in other charitable activities in the past.

Glen Hodgson, bassist, pianist and backing vocalist, said: “None of us in the band has really done anything like this and to think that we are going to do it is a bit overwhelming.

“I think as a personality or a musician there comes a point where you have to represent something that will have good social outcomes.”

They have been involved in environmental campaigns such as Earth Hour, for which they were spokespeople, and the South African Broadcasting Corporation’s Carbon Free campaign. They were also spokespeople for this, and their song Stars Fall Down was the official soundtrack of the drive.

“We are doing this … to raise awareness to end violence against women and girls. It’s a global campaign and it is also a growing problem throughout the world – not only Africa,” said Glen.

Morbee added: “We performed in a 12-hour musical telethon online to support relief efforts in Japan last year. We also support the fight against malaria, but we do not get time to focus on it because of our busy schedule.”

As in the Carbon Free drive, their new album Journey through the Shadows will be used to highlight the “Speak Out – Climb Up” campaign and other important social issues.

Glen said: “The album is all about optimism and we hope that we can do a lot of good and shine the spotlight on social issues across the world.”

Agnes Utunga Phiri, from UN Women, said: “The audience and following of The Parlotones across the region and globally is strategic to spreading the message on ending violence against women and girls.”

The UN has posted harrowing statistics on violence against women and girls on the continent.

According to the organisation, 30% of girls in Tanzania experience acts of sexual violence before they reach 18; 22% of primary school girls in Uganda are willing to accept gifts or money in exchange for sex; and every year 3-million girls in Africa undergo female genital mutilation.

Globally, six out of 10 women experience physical and/or sexual violence in their lifetime.