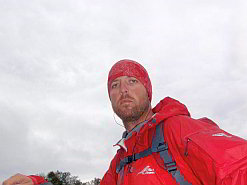 Explorer Ray Chaplin plans to make history
by becoming the first person to travel
around the globe, via the poles, using
only human-powered transport. 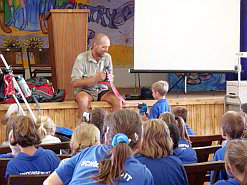 Chaplin is a popular speaker at schools.
(Images: Ray Chaplin)

In May next year, South African explorer Ray Chaplin will undertake a 75 000km journey to complete the first human-powered vertical circumnavigation of the world. Along the way he’ll promote the importance of preserving world heritage.

“Many people ask me why I want to go via the poles,” Chaplin says. He is taking on the arduous expedition for the same reason that many people have a life-long dream to summit Mount Everest.

“I’ve wanted to do this ever since I was a child. I see a photograph of the polar region and I think it is just beautiful,” he says.

Known as Shova360, this endeavour will take eight years to complete.

Besides raising money for the project, one of his biggest challenges will be to keep his mind and body strong. “It is a long journey and it will be mentally, physically and emotionally taxing to keep going for the full distance.”

The journey will start out on 15 May 2011 at Cape Agulhas, the southernmost tip of Africa, and take him through 51 countries.

First, the intrepid adventurer will cycle north to Mount Kilimanjaro in Tanzania and then to Lake Assal in Djibouti, the lowest point on the continent. To complete the African stage of the journey, he will travel to Ras ben Sakka, the northernmost tip of Africa.

The expedition has been planned in stages, with each one starting at the exact place where the previous leg ended. The seven stages, in order, are: Africa, Europe, the Arctic, North America, South America, Antarctica (which includes the notorious Drake Passage) and the Southern Ocean.

Other explorers have successfully completed similar explorations in the past, and lived to tell the tale.

Between 1979 and 1982 Sir Ranulph Fiennes‘ TransGlobe expedition became the first to circumnavigate the world via the poles. Fiennes, described as one of the world’s greatest living explorers, went on to document the exploration in his autobiography, Mad, Bad and Dangerous to Know.

Fiennes used all means of travel including camels, four-wheel-drive vehicles and boats to complete his expedition, but Chaplin will rely solely on human-powered transport. This means that he can only walk, run, ski, ride a bicycle, kayak or use a pedal boat.

For most of his global adventure, Chaplin will rely on a locally designed Momsen bicycle to cover the distance. “In terms of human power, this is the most efficient means of transport,” he says.

The long journey is a major challenge in itself, but considering the dangers involved in crossing the sea, cycling on solid ground across various types of terrain seems easy in comparison.

He intends to cross the Arctic Ocean using a combination of both skiing and kayaking. However, his greatest concern is the Drake Passage, a dangerous stretch of water between the southern tip of South America at Cape Horn, and the South Shetland Islands of Antarctica. It connects the southwestern part of the Atlantic Ocean with the southeastern part of the Pacific Ocean and extends into the Southern Ocean.

The Drake Passage is known as one of the most difficult bodies of water to cross. Ships usually encounter ice when sailing through it, and the weather is regarded as some of the worst on earth.

“The Drake passage sinks even container ships and is the most dangerous part of the route. It scares me the most,” says Chaplin.

To cross this treacherous leg of the journey, he plans to use a combination boat with both pedalling and rowing capabilities. As he will be covering such long distances and harsh, unforgiving terrain on a bicycle, he looks forward to rowing. “After cycling so much, my body will struggle to propel itself, but the dual pedal and rowing boat will help to overcome that,” he says.

He says that most people told him that succeeding at this stage of the journey is impossible. “But I spoke to people who are skilled at this, who know the dangerous terrain, and they tell me it can be done. This is good enough for me.”

The fact that his journey is a north-south expedition and involves polar travel is also problematic. This means that he has to stick to a tight schedule as some areas aren’t accessible at certain times of the year.

His entire journey will be in keeping with the regulations that govern circumnavigations by human power, published by Explorers Web Inc.

“The rules stipulate that a person has to travel no less than 40 000 km – the distance of the equator,” Chaplin says. His vertical circumnavigation route crosses all lines of latitude, passes through 51 countries and crosses the Arctic and Southern Oceans twice.

Chaplin maintains that if explorers such as Fiennes could complete similar journeys without the help of certain technological advances, there is no reason why he can’t, with modern technology such as the global positioning system (GPS), be successful. “Thanks to technology, I will be in constant contact with the world,” he says.

The GPS device will log and upload his location onto a server, but Chaplin will also take a set of maps with him as a backup – just in case.

Solar blankets will supply most of the power for the electronics. He will also carry two dynamos, which work by generating a charge while pedalling, and are known to be reliable, if old-fashioned.

Other modern equipment and suitable clothing from local outdoor gear manufacturer First Ascent will also help him to deal with the harsh elements. Chaplin will be travelling without a support crew, and he will rely on parcel deliveries at various airports around the world to replenish certain supplies.

An exploration with a goal

Chaplin is an adventurer at heart, but this journey isn’t just for fun. Over the next eight years, he plans to visit about 200 Unesco World Heritage Sites en route.

“This journey is part of a drive to protect our heritage. A lot of people don’t relate to heritage sites or don’t even know that they exist,” he says.

He will attempt to visit at least one site a month, record it and stream it online. In addition to showing what the site looks like, he will talk about its heritage and why it should be preserved from threats such as politics or natural elements.

His goal is to make the material available, free of charge, on the expedition’s website. He also wants to work with organisations to provide educational material to schools in Africa. As part of the education drive, Chaplin wants to set up computer centres that are solar- and wind-powered.

Sustainable transport is another issue close to his heart. Through the expedition, he wants to raise awareness about climate change, road congestion and health.

Chaplin speaks from experience when he talks about the benefits of reduced reliance on traditional modes of transport such as motor cars. “Since September 2006, I haven’t owned a car. From a sustainability, health and financial point of view, the benefits are incredible,” he says.

He hopes that by cycling such great distances during his expedition, he will encourage people to think twice about using motorised transport. The fact that he is setting out to circumnavigate the world using human power shows that it is possible to get around, over much shorter distances, under your own steam.

He also wants to promote equal rights for all road users and try to change the attitudes of people on the road. He’d also like governments to re-think their transport strategies.

Chaplin is excited about his adventure and he says he is as prepared as he will ever be.

“I live by the following slogan: hope for the best, but be prepared for the worst,” he says. Maybe he will even write a few books about his experiences and dedicate one book to every continent.

And what does he look forward to over the next eight years? “What I will enjoy the most are the visits from my family and friends. This will be just amazing,” he says. 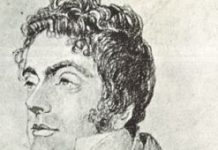 A map fit for a king