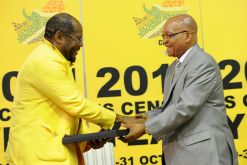 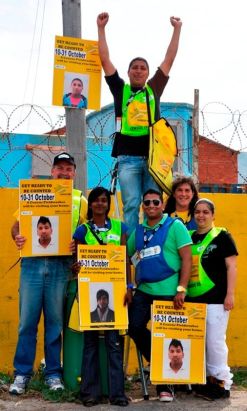 Over the course of the census, fieldworkers knocked on 14.6-million doors across the country to collect information about every household in South Africa.
(Image: Statistics South Africa)

The results from South Africa’s latest population census, conducted in October 2011, have been released. There are over seven million more people in the country, compared to the last census in 2001.

Statistics South Africa revealed the third post-apartheid census – the results of which will provide the country’s policy makers with crucial information and inform social and economic development planning for the country.

The population census is a total count of the country’s population and includes demographic, social and economic information about its citizens. Although a typical census is held every five years, Statistics South Africa, due to capacity issues, conducts the national census over 10 years.

The population has seen gradual growth since 1996, when it stood at 40.5-million, to 44.8-million in 2001, with the latest record stating that there were officially 51.7-million people living in South Africa in 2011.

Gauteng is also the province with the fastest growing population, with the Western Cape coming in second place at a rate of 28.7%.

Areas of development such as better access to basic services and higher enrolment and attendance figures at educational institutions are also highlighted in the census.

Such improvements benefit citizens and show that living conditions, environmental and health standards are advancing.

Access to running water, proper sanitation and electricity has improved for many South Africans over the past 15 years, while the number of households with flushing toilets connected to the sewerage system increased to 57% in 2011, from the 50% recorded in 2001.

The number of households with access to piped water was high in all but two of the nine provinces, the Eastern Cape and Limpopo, which had the lowest proportions.

Gauteng recorded the highest of this statistic, with 89.4% of households now enjoying the service, followed by the Free State at 89.1% and the Western Cape at 88.4%.

Formal dwellings are described by Statistics South Africa as a structure built according to approved plans, such as a house on a separate stand, a flat, apartment, townhouse or room in a backyard.

Over the past 15 years schools have enrolled an increasing number of pupils between the ages of five and 15, which points to an improvement in access to basic education.

The age group between five and seven years showed the most progress in enrolment rates between 1996 and 2011.

Another improvement was in the age group between six and seven years.