She did not have a plan at the age of 16, but Rapelang Rabana did know that the usual school, university, employment route was not for her. As soon as she graduated, she started her first company. Since then, the savvy entrepreneur has gone on to bigger and bigger things. 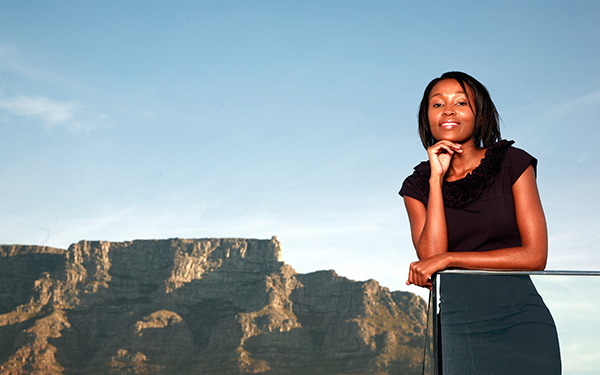 In her down time, Rapelang Rabana enjoys spending time in Cape Town, where she indulges in good food and wine. (Image supplied)

She started her own business, was featured on the cover of Forbes Africa magazine, and was invited to join a panel at the World Economic Forum (WEF) Annual Meeting in Davos in 2012 – all before she turned 30. But today, Rapelang Rabana admits that when she was 16, she did not even have a life plan.

“All I knew was that I needed to find a way out of what I perceived to be a life system that imposed rules and obligations I didn’t understand the purpose of,” she explained. “The idea of working my way through more and more systems, from high school to university to the corporate world, weighed on me. But I had no idea this would mean that I would want to be an entrepreneur.”

A mind for business

Rabana is the founder of Rekindle Learning, which describes itself as a “learning and development company that provides mobile and computer learning solutions that enable knowledge mastery and measurement in corporate and schooling environments”.

The online training and education company was launched in 2013. It was not her first foray into the business world: as soon as she graduated from university, where she studied computer sciences, Rabana co-founded Yeigo to develop one of the earliest mobile VoIP applications.

Since those early days, she has learned a lot about herself and what works for her. “Our society teaches us to spend a lot of time looking ‘out there’ for success, but the ability to drive yourself to your full potential starts internally with personal mastery,” she explained. “I was able to make the decisions I have made because I am very clear on what I can and cannot tolerate, what my non-negotiables are, and what I value.”

In March, she was named one of 15 women changing the world in 2015 on the WEF website. According to the WEF, Rabana “actively promotes the role of women in business as well as the potential of mobile technology to seed new business opportunities that provide much-needed jobs and crack socio-economic challenges”.

In 2012, she was invited to speak on a panel entitled “The Future across Generations” at the WEF Annual Meeting in Davos.

She said it became apparent to her the world was looking for answers to global challenges from all sectors of society, and that young people were able to shape perception, which was essentially the beginning of change. “The awe of the moment was particularly pronounced when I realised that beyond the hundreds of participants at Davos, several interpreters, journalists, TV broadcasters and media platforms were listening [to] and recording my every word – when I ‘ummed’ even the interpreters ‘ummed,’ ” she said. “It’s an interesting perspective to see the world.”

Being on the cover of Forbes Africa magazine in August 2013, alongside Wendy Ackerman, “the force behind Pick n Pay with her husband”, made Rabana feel incredibly lucky and privileged. “It was an honour being where so many far more established and successful entrepreneurs have been, much later in their careers,” she said.

Being on the cover as a representative and symbol of her generation of up and coming aspiring entrepreneurs made it even more of an achievement. Her next step is to have a big enough business to warrant a solo cover.

Go behind-the-scenes on the cover shoot:

When she was named Entrepreneur for the World in 2014, she even asked the World Entrepreneurship Forum if they were certain since “there are many people who have built far bigger and more successful enterprises”.

But she was indeed named Entrepreneur for the World, and she felt a deep sense of serenity. “Almost 10 years back I had made the decision to start my business despite the confusion, turbulent thoughts and emotions, not knowing what life would hold,” she said. “Now the trust I had placed in myself to chart my own path was reaping rewards I never could have conceived, all because I dared to listen to myself. Knowing the value of that choice 10 years on gave me great peace.”

The woman behind the business savvy

When Rabana does have down time, she loves to enjoy the world-class cuisine – her favourite food is seafood and roasted vegetables – and wine in Cape Town. “A trip to the winelands always helps. If not, I am happy to be home with a good book,” she said. She is currently reading Heroic Leadership by Chris Lowey.

Her favourite TV show is Game of Thrones and she loves the movie Crash. She adores the colour black and the quote: “Nothing great is ever achieved in the past or in the future, only in the now.”

Her most prized possessions in her handbag are her two phones and her notebook. 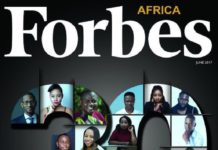