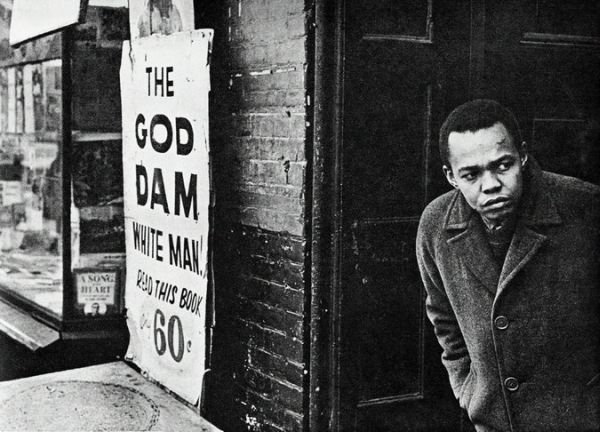 Nakasa died in New York on 14 July 1965. On 12 August this year, Arts and Culture Minister Nathi Mthethwa led a South African delegation to the United States to bring his remains back for reburial on home soil.

After a two-year appeal process the Supreme Court of the State of New York, County of Westchester, granted permission for Nakasa’s remains to be returned to South Africa.

In 1964 the gifted writer was awarded a Nieman Fellowship to study journalism at Harvard. The apartheid government refused him a passport and he was forced to leave the country on an exit permit. This had devastating consequences for the 28-year-old – he would not be allowed to return to the country of his birth.

He battled with the resulting isolation and homesickness, referring to himself as “a native of nowhere”.

On 14 July 1965, Nathaniel Ndazana Nakasa plummeted from a seventh-storey window on Central Park West and 102nd Street in Manhattan. He was pronounced dead on arrival at Knickerbocker Hospital in Harlem, having suffered multiple fractures and internal injuries.

The apartheid government would not allow his body to return home, so South African musicians Miriam Makeba and Hugh Masekela, New York residents at the time, and photographer Peter Magubane, raised money from South African exiles to have Nakasa interred at Ferncliff Cemetery in Hartsdale. He was buried just metres from where Malcolm X had been laid to rest five months earlier.

Forty-nine years later, on 15 August, Nakasa’s remains were exhumed. A day later members of the Nakasa family and government officials gathered for a memorial service at Broadway Presbyterian Church on West 114th Street.

His remains will then be interred near his childhood home in Chesterville, Durban, KwaZulu-Natal, in September.

“His homecoming is the restoration of his citizenship and dignity as a human being,” says Mthethwa.

Born in 1937, Nakasa became one of the distinct voices of his generation in the 1950s and 1960s. Starting out on the Zulu newspaper ILanga Lase Natal (The Natal Sun), Nakasa joined the iconic Drum magazine where he was surrounded by a group of extraordinary individuals; Henry “Mr Drum” Nxumalo, Daniel Canodoce “Can” Themba, Lewis Nkosi and Casey “Kid” Motsisi, to name but a few.

His work was courageous, exposing the follies of apartheid; as the first black columnist on The Rand Daily Mail, a white liberal newspaper, he provided a black view for its predominantly white readership.

In 1963 he founded The Classic, South Africa’s first black-owned literary journal. In the same year, he travelled to take up the Nieman Fellowship in the US. He was never to return. In his final column for The Rand Daily Mail, “A Native of Nowhere”, he wrote of “taking a grave step” and becoming “a stateless person, a wanderer”.

While in the US he wrote for the New York Times and lectured on the conditions in apartheid South Africa. One way Nakasa coped with apartheid was to see the dark humour in it: “We believed that the best way to live with the colour bar in Johannesburg was to ignore it.” He dated white women, went to mixed-race parties, and even put an ad in the paper seeking a white maid.

“He was a rainbow man before the rainbow nation existed,” his sister, Gladys Maphumulo, noted, while the late author Nadine Gordimer wrote that he “belonged not between two worlds, but to both. And in him one could see the hope of one world.”

Nakasa’s mother, Alvina, was a teacher, while his father, Chamberlain, was a typesetter and freelance writer. Although his parents, educated in mission schools, were relatively well off for black South Africans, Nakasa’s mother suffered depression after the birth of her last child and was hospitalised. This put the family under strain financially.

The second of five children, Nakasa did not finish high school and after completing Grade 10, he had to look for work.

Nakasa was writing at a time the apartheid state was entrenching its political will physically: it was a time black people were protesting the ever-hardening pass laws. On 21 March 1960 the South African police opened fire on protesters in the township of Sharpeville, gunning down hundreds as they fled. Sixty-nine people died.

The government declared the African National Congress and the Pan Africanist Congress illegal organisations; political activists fled the country or went underground. Many writers went into exile. Nakasa continued to write, one of the last remaining voices of dissent inside the country.

In 1963, Nakasa acted on a suggestion from John Thompson, an American who led the Farfield Foundation, and started The Classic. Funded with a grant from Farfield, The Classic became the first sub-Saharan publication to showcase black writers. Nakasa eventually left Drum to run it full time.

In the same year Nakasa applied for and was awarded a Nieman Foundation Fellowship – a year-long fellowship for journalists to study at Harvard. Thompson’s Farfield Foundation helped with funding.

“He said he was like a child when he first came here, full of excitement of being able to walk freely,” friend Kathleen Conwell wrote in The Harvard Crimson shortly after his death.

While in the US Nakasa found a small, tight-knit community of exiles in New York. He remained in contact with them throughout his stay.

However, the young writer found it difficult in the US. In South Africa he had learned to cope with the country’s institutionalised racism – it had formed the basis of his development as a writer. But he battled to deal with the racism he faced in the US. In his final Nieman report he wrote that “the racial problem in the world is one that has emotional and personal rather than intellectual implications”.

Once his fellowship came to an end, the young writer moved to Harlem. He was unemployed, isolated and depressed. He had tried and failed to get an extension on his visa. He told an immigration official he was considering heading to Canada, to others he said he might go to Tanzania to start a magazine and smuggle it into South Africa. Neither option materialised.

In October, a three-week festival, UBUNTU, is taking place at Carnegie Hall. Dedicated to the legacy of Nelson Mandela, and marking South Africa’s 20 years of democracy, the festival will host A Distant Drum, based on Nakasa and his journey. The production will be directed by Jerry Mofokeng, the artistic director of the Performing Arts Centre of the Free State. The show will be staged in Bloemfontein at the Andre Huguenot Theatre on October 13 and 14 before heading to Manhattan.