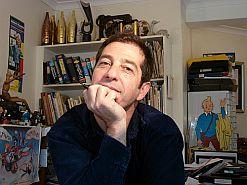 Zapiro in his studio in Cape Town. His gutsy approach to expressing his views on South Africa’s current affairs as well as that of the world has won him fans the world over. 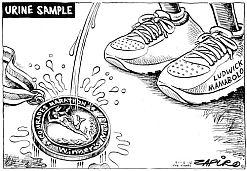 Controversial: One of Zapiro’s most recent works. After reports of the 2012 Comrades Marathon winner Ludwick Mamabolo allegedly being found to have used a banned performance-enhancing substance surfaced, Zapiro drew him urinating on the Comrades gold medal.
(Images: www.zapiro.com)

Jonathan Shapiro has been taken to court over some of his most controversial cartoons of the past few years – the most notable being a depiction of several African National Congress leaders in a compromising situation with Lady Justice – but his doggedness has won him the 2012 Freedom to Publish Award.

Zapiro, as Shapiro is more commonly known, is a Cape Town-based cartoonist known for his thought-provoking cartoons, which appear regularly in several of the country’s leading newspapers.

The award is given by the International Publishers Association (IPA) for exemplary courage in upholding freedom of expression and freedom to publish. Zapiro received his award from IPA president YoungSuk Chi at the end of the association’s 29th congress at the Cape Town International Convention Centre on 14 June.

“I’m thrilled. I really am, because when this sort of thing comes along at the right moment, it does seem all that more meaningful,” said Zapiro.

“It comes at a time when I’m being sued by the president and when my fellow artist Brett Murray has come under savage attack and other artists, such as Zanele Muholi and Andries Botha, have also found themselves under attack,” he said, referring to, among other issues, the recent furore over a Murray artwork called The Spear.

“Politicians who demand that artists and writers conform will find that many of us consider it our duty to be patriotic sceptics.”

Bjorn Smith-Simonsen, the IPA’s Freedom to Publish committee chairman, said: “Jonathan Shapiro exemplifies everything that this IPA prize stands for.”

The IPA describes itself as an organisation whose primary mission is to recognise the achievements of the dedicated men and women that have brought truth to the world through their photographs, videos, films and writings.

The man behind the cartoons

Zapiro was born in Cape Town in 1958 and never imagined he would become a cartoonist, instead opting to study architecture at the University of Cape Town.

When architecture turned out to be rather unexciting for him, he changed courses and went into graphic design, before being conscripted for two years in the early 1980s.

He refused to bear arms during his time in the army and, motivated by his political consciousness, joined the newly formed United Democratic Front in 1983.

Zapiro became an editorial cartoonist in 1987 at a newspaper called South. Before leaving for New York in 1988, where he would study on a Fulbright Scholarship for media arts at the School of Visual Arts, he was detained by security police without trial for being a political activist.

“New York was an eye-opening experience,” said Zapiro. “I studied under comic masters Art Spiegelman, Will Eisner and Harvey Kurtzman.”

Since his return to South Africa in 1991, he has published educational comics on subjects such as Aids, democracy and child abuse, in addition to his candid cartoons.

In 2008, he published an additional collection titled The Mandela Files, with cartoons featuring the former statesman, as a tribute.

He is also involved in the Cartooning for Peace initiative, a project started in October 2006 following the Unlearning Intolerance conference at the UN headquarters in New York in the same year.

The two-day conference, organised by Kofi Annan, who was at the time the UN secretary-general, brought together the 12 best-known political cartoonists in the world.

Besides being the first cartoonist to win a category prize in the CNN African Journalist of the Year Awards in 2001, Zapiro has also been the recipient of the 2005 Principal Prince Claus Award from the fund of the same name, which originates in the Netherlands. In 2009 he won the Media Institute of Southern Africa’s Press Freedom Award.

As a result of cartoons published in 2006 and 2008 featuring President Jacob Zuma during his rape trial, Zapiro is currently being sued for R7-million (US$864 797) by Zuma for defamation.

“Shapiro has had the enormous courage to draw and publish essential and often controversial political cartoons in newspapers and books for many years now,” Smith-Simonsen said.

“He has also been remarkably consistent in his fight for freedom of expression during the apartheid era and in the years since it ended.”

Smith-Simonsen added that despite the lawsuit, Zapiro is not afraid. On the contrary, he relishes being one of the” brave voices speaking out against the dangers of corruption and authoritarianism, thus using with courage – through subversive humour – his right to freedom of expression and freedom to publish”.

Hearings on the defamation lawsuit initiated against Zapiro by the president are set to begin on 25 October 2012. 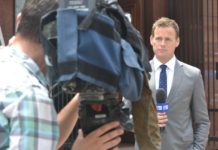 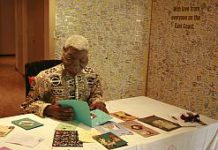 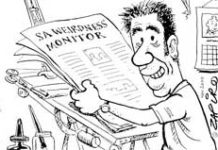