Born in Spain but of African descent, Bisila Bokoko was so moved by a trip to discover her roots that she set up the Bisila Bokoko African Literacy Project. Through it, she builds libraries, donates books to African children, and runs a scholarship fund. 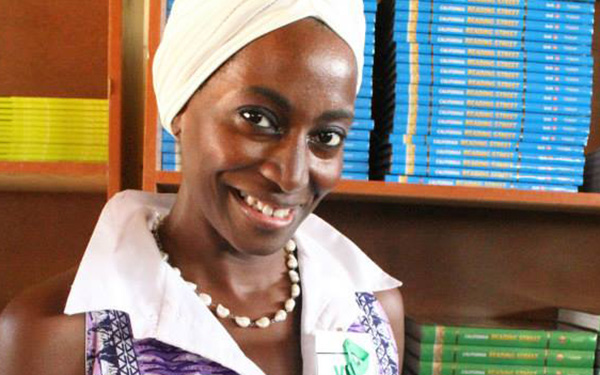 Bisila Bokoko’s African Literacy Project aims to have five libraries in Africa by the end of this year. (Image: Nancy Mteki from Zimbabwe Arinze Nwokolo/Zen Magazine)

A donation of books by a foreigner led to a Ghanaian man teaching himself how to make a windmill, put to use to provide energy for his village. This is one of the success stories of the Bisila Bokoko African Literacy Project (BBALP), which was started five years ago.

That foreigner, Bisila Bokoko, met William Kamkwamba on her first visit to Ghana in 2009. She explains that Kamkwamba’s family could not afford to send him to school, prompting her to find a way to help him and others in similar situations. BBALP grew out of this desire to help.

“Through the programme, he read a book about windmills. He learned of their use as an alternative and powerful energy source,” says Bokoko. “Kamkwamba was inspired to build a windmill, which later created enough electricity to power his own household and eventually his entire village.”

Although she was born in Spain, Bokoko is of African descent. She says it is an amazing feeling to see how books can shape people’s lives. “Also, you realise that it takes a little bit to do much… I believe there are more young men and women like William Kamkwamba in other parts of Africa, and I would like to supply them with books that can inspire them in similar ways.”

Bokoko, the executive director of the Spain-US Chamber of Commerce, has been living in the United States for about 15 years. When she eventually went back to her roots in Ghana in 2010, it was an eventful trip: she met Barima Offe Akwasi Okogyeasuo II, the chief of Kokofu, who gave her the title Queen Development Mother. “With this title, Chief Okogyeasuo II offered me a piece of land, where we decided to build the first BBALP library,” Bokoko says. 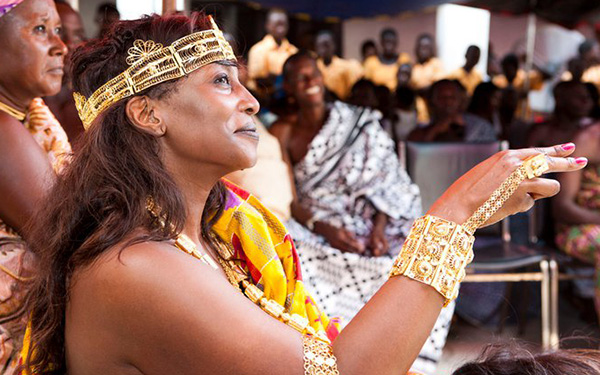 She laughs, saying the title does make her feel royal. “This title was a life changing experience. Due to this prestigious appointment I decided to build libraries; therefore I owe this project to the chief of Kokofu and John Hutchison [the guide who introduced her to the chief]. They gave me this honour.”

Bokoko says she fell in love with Ghana and its people. “I returned from the trip with a desire to contribute, and help Africa develop and grow.”

Although she saw a serious need to build infrastructure to empower people though education, health care, and medicine, she decided to supply something close to her heart: books. “Since then, I have been working to create an African literacy project, focused on building libraries around Africa. The first one was established in Kokofu, in the Kumasi Region in Ghana.”

With 8 000 books already donated to people in Ghana, Bokoko says the project’s aim is to set up five libraries in Africa by the end of this year.

Her campaign has grown since the first donation. There are now library projects benefiting children in Ghana, Kenya, Zimbabwe and Uganda. “We have co-operated with various schools, educational institutions and other partners to send books to Nigeria, Equatorial Guinea, Cameroon and South Africa.

“We have [also] recently created the BBALP Scholarship Fund in order to help talented children get access to education in countries such as Zimbabwe, Kenya and Ghana,” she says.

“Every library and every country is an adventure. Collecting the books for the children, finding the right partners, meeting the children in person, and having the opportunity to read some stories to them, is a beautiful experience all in – one that I would like to pursue in other countries with the simple goal of spreading the love for books.”

This philanthropist says her favourite books donated to the libraries include books that children love: The Secret for Kids, Dr Seuss, and travel books.

Her beautiful moments mainly involve children. “Recently in Chirumanzu in Zimbabwe, I witnessed how kids were beyond happy when we gave them books to keep at home. Some of them said: ‘This is the first thing that I have [had] in my life that is only mine!'”

In a blog post carried by the American news portal, Huffington Post, Bokoko speaks of witnessing a child’s excitement when he or she receives a book as a priceless and heartwarming experience. She says the Kokofu library is a community project, a place where families and communities can practice togetherness, and emphasise their love for books. 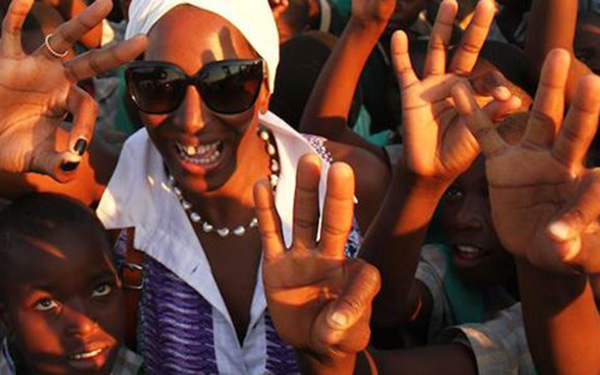 She has learned a lot from the people of Ghana, Bokoko says. “I learned a gracious generosity, the impeccable desire of enjoying life to the fullest, and to be happy with whatever is in there. I also learned the power of loving each other and elegance in the way they keep tradition. Ghana stays always in my heart and has provided me with a sense of what life is really about.”

Alongside her other work, Bokoko is the global ambassador and strategist for Pikolinos, the Spanish show brand. She uses this position to promote the Maasai Project, a line of shoes and bags designed in Kenya by over 3 000 Maasai women. She started work on this project in 2011, and says it has been a great experience to be able to spread the collection of Maasai-designed shoes around the world.

Watch how the project to aims to improve educational opportunities: