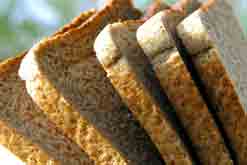 Albany Bakery, one of South Africa’s major producers of bread products, is packaging all its products in biodegradable plastic bags since the beginning of April 2008. This is an industry first not only in South Africa but in the southern hemisphere and on the African continent.

Spokesperson Khanyi Dhlamini of Tiger Brands, Albany’s parent company, says that the bread producer will be making a significant contribution to protecting the environment as it sends out over 500 million bags every year.

Albany is a major player in the fast-moving consumer goods sector and its 12 plants supply 10,5-million South African households with bread each week. The move to biodegradable plastic, says Dhlamini, is the realisation of the company’s commitment to sustainability as well as to reducing its environmental footprint.

Albany is taking responsibility for the amount of landfill plastic it produces and, furthermore, is tackling the problem through sustainable methods. The company decided to collaborate with UK-based Symphony Environmental Technologies, a specialist supplier of oxo-biodegradable plastics and plastic additives, to develop the bags, which disintegrate in a relatively short space of time.

“In ideal weathering conditions, such as exposure to UV light and rain,” explains Dhlamini, “the bags would last for a year, but we calculate they will degrade in a landfill within a year to 18 months.”

According to the South African branch of Symphony Environmental, Albany’s decision to move to biodegradable bags will result in the elimination of 3 000 tons of waste and litter from the environment every year.

Normal polythene was invented in 1933 and can take up to 100 years to degrade – which means that just about all the polythene that has ever been produced is still around, buried in landfill sites around the world.

Symphony Environmental’s product, known as d2w (degrade to water), is a polythene additive that gives degradable characteristics to plastic without affecting its other qualities, such as resistance to stress. It is environmentally friendly and has been approved by the European Union as safe to use in direct contact with food. The additive breaks down bonds between the carbon molecules of the plastic, and eventually the material loses strength and simply falls apart.

The d2w-altered material can be manipulated in various ways for each specific application, through the use of stabilisers. This means that the degradation process can be controlled and factors such as the length of degradation time, and degradation triggers such as heat, oxygen or ultraviolet light, can be pre-set.

Once the material starts to degrade it breaks up progressively until its molecules are small enough to be absorbed by micro-organisms. Finally, all that is left is a trace amount of carbon dioxide and water, which are the same substances exhaled by living creatures.

Albany is also working on this project with three of its trusted local packaging partners: Tropic Plastics in Kwa-Zulu Natal, and Nampak Flexibles and East Rand Plastics, both located in Gauteng. Durban-based company Tropic Plastics uses Symphony’s d2w additive in two cutting-edge films for Albany bread bags. Tropithene is an opaque film with a silky texture – consumers will find it around Albany’s Olde Cape range of breads, while the glass-clear Tropistar is used for all other bread bags.

Extensive market research revealed that consumers would welcome the environmentally friendly initiative. While there is a cost implication, as non-biodegradable bags cost 1c to make compared to 1.5c for biodegradable bags, this will be absorbed by Albany. This is good news for consumers as well as for Albany and Tiger Brands, which weathered a severe storm in 2007 for fixing bread prices. The company incurred a heavy fine for this practice.

Good environmental practice among the youth

To mark the initiative Albany has launched an art competition for primary, high and tertiary schools, where children are asked to create a work of art using Albany’s biodegradable bags. “Ideally, the artwork should represent some of the negative things the children would like to see disappear in South Africa, which could include things like guns, rats, cigarettes or knives,” says Dhlamini.

The competition runs from May to October 2008, while entries close on 27 July 2008. Cash prizes will be awarded to winning schools.

As an environmentally friendly brand, Albany is using the biodegradable bag initiative and the schools competition to help clean up the environment and simultaneously instil a deeply entrenched awareness of good environmental practice among South African youngsters.

In South Africa a number of steps have been taken to cut down on the adverse effect of plastics on the environment. The National Environmental Management: Waste Bill was finalised in March 2008. The bill lays the foundation for the regulation and management of pollution and waste in South Africa, at the same time recognising the constitutional right of every South African to live in an environment that is not harmful to health.

South Africa has set a national target to reduce the amount of five specific waste products – plastics, cans, paper, glass and tyres – going into landfills by 70% by 2022. The remaining 30% will also be dealt with effectively.

South Africa banned the use of thin plastic shopping bags in 2003. The 17-micron thick bag was a familiar sight littering the roads of the country, until the South African government, driven by the Department of Environmental Affairs and Tourism, moved to clamp down on their ubiquitous and unwanted presence. Now plastic shopping bags are a minimum of 30 microns in thickness and shoppers have to buy them, or bring their own. A micron, or micrometer, is one-thousandth of a millimetre. A human hair is about 50 microns in diameter.

The move boosted consumer awareness of both the costs of manufacturing plastic bags and the positive environmental impact of bags’ reuse. It also encouraged the use of bags made from other recyclable materials.