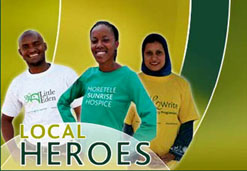 Nedbank has helped hundreds of charities
in South Africa through its Local Heroes
Programme.
(Image: Nedbank) 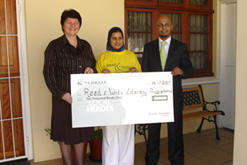 Read and Write’ director Roxanne Khan
(left) receiving a cheque from Nedbank
after the organisation was chosen by a
local hero.
(Image: RAW)

Local Heroes, an initiative by one of South Africa’s largest banking groups, Nedbank, has seen hundreds of organisations benefit from the award-winning project.

Since it’s inception in 2002, the Local Heroes programme has donated more than R1.4-million to various non-profit organisations across South Africa.

Charities, which have benefited from the scheme, include organisations working with the homeless, community sports, environmental programmes, children with learning disabilities and the aged.

The project came to life as a staff volunteer programme, where staff members who were actively involved in charities were able to nominate an organisation to receive a R10 000 donation from the Nedbank group.

In 2007, following a runaway success within the organisation, Nedbank extended the programme to its clients.

Malete says the project is close to the bank’s moral values, “Nedbank believes in uplifting the community. We believe that helping communities around the country will eventually translate into a big picture of helping the country as a whole.”

A team comprising various department heads within the bank gathers regularly to assess the applications received for the Local Heroes programme.

For a project to qualify, it has to meet certain criteria. The nominated person has had to be involved on a volunteer basis with one charity organisation for at least three months.

The project is also judged on its scale of community involvement. In addition, the assessment team judges how the individual’s project has served and benefitted the community at large.

Once a donation has been approved, Nedbank, through the Nedbank Foundation, channels the money to the charity. Nedbank follows the organisation’s financial records in order to keep track of how the sponsored funds are managed.

One organisation which, has succeeded in qualifying for a Local Heroes donation, is the Read and Write (RAW) literacy programme, which helps children with various learning disabilities.

The organisation relies solely on donations and the R10 000 Local Heroes cash injection has gone a long way to sustaining its efforts.

According to RAW’s director Roxanne Khan, it has been a struggle for the Cape Town based organisation to maintain itself as it doesn’t have a consistent flow of donations.

Raw has used the contribution from the bank to resuscitate previously shelved projects, which couldn’t continue due to a lack of funding.

New projects will also be started in the Salt River and Maitland communities in the Western Cape province.

Girls and Boys Town, an institute of learning for teenagers with learning and behavioural difficulties, has also been nominated by a local hero.

According to Malete, it was important for Nedbank to honour the men and women who volunteer their time at such institutions. “To have a group of people who have the type of skill and ability to deal with youngsters is something quite special. For us it was important to give those people support to keep doing what they do.”

The institute helps youngsters, who according to the organisation, often arrive at the school with “shattered dreams, sick at heart and often in body too”.

Some of the learners have a history of abuse; some have been abandoned or come from extremely poor families. As a result, they tend to perform poorly at school, rebel against authorities and have difficulty in following a disciplined routine.

The volunteers at the school offer the learners the opportunities to formulate warm, secure and loving relationships with adults. Many of the children were raised in dysfunctional or abusive homes and never had the opportunity to form appropriate and safe bonds with authority figures.

Lesser-known organisations in rural parts of South Africa have also benefited from the Local Heroes programme. The Bongekile pre-primary school in Richmond, KwaZulu-Natal, for instance, started off in the backyard of a small house. After being nominated and approved for funding, it has moved into a building where children from the community have access to sanitary facilities and educational play areas.

The programme offers beauty workshops to female patients who are in radiation or chemotherapy treatment cycles at hospitals and clinics across South Africa.

In this particular case, Wasiela Ally, a member of the Look Good … Feel Better programme at the Milpark Hospital programme in Johannesburg, was involved in one of the organisation’s workshops, and also happened to a Nedbank employee.

She nominated the organisation and one of its volunteers, and they were awarded a R10 000 cheque in July 2007.

As a result of the money received by Look Good … Feel Better, two new workshops were started for female cancer sufferers in Durban and Bloemfontein.

The Local Heroes programme has also been supportive to unconventional charities through its donation to Bee Courtwise, a community run law project from Johannesburg’s city centre, which provides paralegal services to the community.

Bee Courtwise helps the community understand their rights when dealing with the criminal justice system, particularly with cases such as applying for protection orders, maintenance, custody and divorce.

Community members are also accompanied to court by volunteers, who help their clients understand legalese and court processes.

After a trial is completed, volunteers conduct debriefings with their clients to explain the outcome and allow the client the space to express how they feel about the outcome.

Sheryl Serebro, who volunteers her time at Bee Courtwise, was the local hero who nominated the organisation to receive the money.

In 2008, Nedbank was recognised for its efforts in helping to uplift South African communities, when it won the most innovative Corporate Social Investment Programme award at the National Business Awards.

The category focused on the way that corporates used creative ideas to leverage on people’s skills and ability to benefit the community. 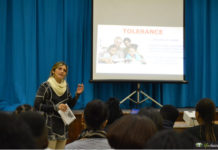 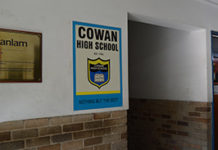 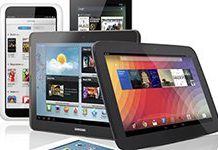 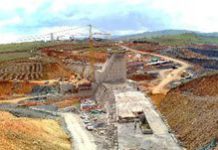