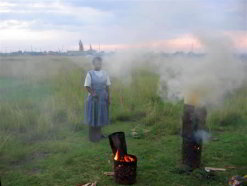 The BnM-fired brazier on the left, with the
traditional, much smokier method on the right. 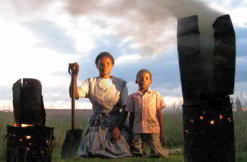 Basa njengo Magogo is estimated to save
households some 300 kg of coal a year.
(Images: Nova Institute)

As its carbon offset project for the future, Avis Rent a Car has chosen a cooking and heating method which reduces carbon emissions and is more economical than traditional methods commonly used in townships.

The Basa njengo Magogo (isiZulu, meaning “make a fire like a grandmother”) teaches sound environmental principles through simple behaviour change and is the first Gold Standard project of its kind in the world. Gold Standard is recognised as the international benchmark for certification of carbon mitigation projects.

The programme, which has already been introduced successfully around South Africa, teaches local communities to burn coal according to the Basa njengo Magogo (BnM) method, which is more fuel efficient and cuts pollution considerably.

The traditional method of making fire in an imbawula (a metal brazier or drum) or stove entails placing paper and dry twigs at the bottom and then adding a heavy coal layer on top. The method produces excessive smoke and is known to cause respiratory problems. It also takes longer to fire up.

With the BnM method, the process is simply reversed, placing the coal layer first in the drum and then topping it with the quick-burning kindling.

“In addition to emission reductions, BnM leads to a reduction in indoor and ambient air pollution, better visibility and reduced health risk,” notes the London-based CarbonNeutral Company who will manage the programme on behalf of Avis.

“This is because, with the heat on top, particulate matter and volatile compounds are burnt off when they pass through the fire, making it cleaner and more efficient,” the company explains.

CarbonNeutral is a member of the International Carbon Offset and Reduction Alliance, and complies with the Greenhouse Gas (GHG) Protocol initiative.

The company is a world leader in carbon offset and carbon management business and has purchased carbon credits from over 200 projects across six continents over the past decade. Its CarbonNeutral trademark is a leading brand mark and quality standard for action on climate change.

With the Basa njengo Magogo method, much less coal is necessary to achieve results – approximately 50% less of the fossil fuel is used to produce the same amount of heat created by the old technique.

“One of the first monitoring reports from the project, which began in 2009, showed that a household which converts to BnM saves on average 300.7 kg of coal a year,” adds CarbonNeutral.

According to the South African National Energy Research Institute, laboratory tests have shown that the method reduces smoke by up to 90%. This is welcome news for people whose health is affected by high levels of particles in the air.

Importantly, the new technique does not require any change of household equipment and is implemented entirely through local training sessions on the improved use of stoves or braziers which people already own, Avis notes on its corporate website.

The project and its methodology have been developed by the Nova Institute, a non-profit organisation which provides practical solutions to poor communities.

The technique has been accredited to Nobelungu Mashinini of eMbalenhle township in Secunda, Mpumalanga province, and is named in honour of the enterprising grandmother.

Since its pilot stage, initiated in 2008, the BnM method has been successfully introduced to communities across South Africa and is gaining a stronger foothold.

It is endorsed by several reputable organisations, among them Enerkey and CEF, the latter mandated by the then Department of Minerals and Energy in 2008 to roll the programme out nationally. The Department of Environmental Affairs runs a similar programme, the Clean Fires Campaign.

Avis is the first car rental company in South Africa to earn carbon neutral certification. This was achieved in 2009 when the company succeeded in offsetting greenhouse gas emissions for all of its internal electricity usage and fuel consumption for its fleet to net zero, as well as through several carbon offset projects initiated worldwide.

Avis’ programme currently only offsets internal company carbon emissions in line with Scope 1 and 2 of the GHG Protocol and not emissions for customers who rent Avis vehicles as the latter falls into the Scope 3 category.

The GHG Protocol is the most important and widely accepted standard for measuring greenhouse gas emissions. It was developed by the World Resources Institute and World Business Council for Sustainable Development.

“Our past relationship with the CarbonNeutral Company has been strong and for this next period, we tasked it to find a locally registered project that would complement our internal reduction efforts, and enable us to offset some of our unavoidable GHG emissions” says Wayne Duvenage, CE of Avis Rent a Car.

Contributing to reforestation in Tanzania

Avis is also making its presence felt in Tanzania, where it has adopted the Uchindile-Mapanda Forestry Project into its portfolio of projects. The project involves the reforestation of degraded land to sequester, or trap carbon emissions from the atmosphere. Emissions reduction has been verified to the Verified Carbon Standard.

The project is based in the Southern highlands of Tanzania and will establish commercial forests across the Uchindile and Mapanda districts. Avis has planted eucalyptus and pine varieties covering more than 7 000 ha at Uchindile and over 3 000 ha at Mapanda.

The trees will be harvested in 13 to 21 years time for use in various timber related products.

A range of exotic and indigenous tree species plus local fruit crops have also been planted on the sites to improve species diversity and forest health. 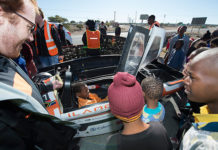 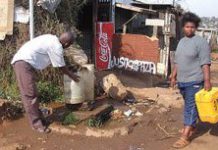 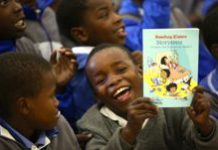 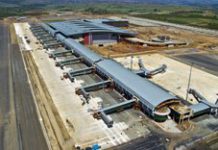 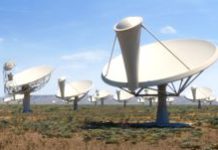