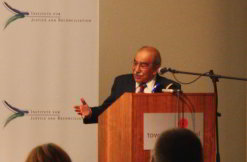 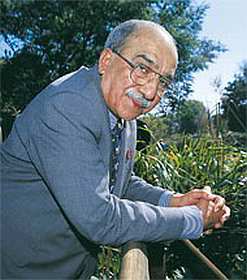 The former education minister died in the Constantiaberg Mediclinic in Cape Town’s southern suburbs, after suffering a heart attack. Asmal also held the position of minister of water affairs and forestry before taking on the education portfolio in 1999, a post that he held for five years.

On behalf of the government and all citizens of South Africa, President Jacob Zuma offered his condolences to Asmal’s family.

“Professor Asmal made a sterling contribution to the struggle for liberation and sacrificed a lot in his life to ensure the attainment of freedom and democracy,” said the Presidency statement. “In the dawn of freedom he served in government, making a noticeable mark in the water and education portfolios in Cabinet.”

Asmal would be remembered for his “energy, forthrightness, efficiency and commitment to making this country a better place”.

His passion for upholding human rights was also a hallmark of the life he lived, said Zuma.

Achmat Dangor, CEO of the Nelson Mandela Foundation, hailed Asmal as a lifelong fighter for justice and freedom, who devoted decades of his life to bringing down the apartheid system. His aim was always to see the establishment of a democratic South African society and government, where everyone would be treated as an equal.

Dangor referred to a letter written by Mandela to Asmal on the latter’s 75th birthday.

“While serving in our Cabinet we often referred to you as the ‘Minister of all portfolios’”, wrote Mandela. “Although we did so in a humorous way, there was truth to it.”

Mandela paid tribute to Asmal’s knowledge and experience in many areas, and thanked him for his friendship. “The role that you played will remain in our history books forever.”

South Africa’s national cricket board also praised the stalwart, commending his love for sport, and cricket in particular. In addition to his Cabinet duties, Asmal was legal advisor to the South African Non-Racial Olympic Committee.

“He did a lot of significant work for cricket,” said Cricket South Africa CEO Gerald Majola. “Perhaps his greatest contribution was the work he did with the then finance minister Trevor Manuel to recognise sports that had credible development programmes and allow them to get tax rebates so that the money could be ploughed back into amateur and grassroots level sport.”

Majola expressed his appreciation for Asmal’s firm support, saying that he rarely missed a game at Newlands, and was always there to support the national team in international games. He was also a qualified umpire, and was committed to strengthening the amateur sector of cricket, as he felt that this was crucial for the advancement of the professional game.

“On a personal note I will miss him and always appreciate the wise advice he gave me in many areas of cricket,” said Majola.

“Asmal was far more than a politician. He represented the best of a generation of struggle heroes who made unimaginable sacrifices to realise a democratic South Africa,” said Helen Zille, Western Cape premier and leader of the Democratic Alliance.

Born and raised in KwaZulu-Natal, Kader Asmal originally qualified as a teacher at the Springfield Teachers’ Training College. A childhood encounter with Chief Albert Luthuli, Africa’s first Nobel Peace Prize laureate, left him with a deep respect for human rights, which remained with him all his life.

Asmal taught in KwaZulu-Natal schools until 1959, when he emigrated to London and qualified as a lawyer at that city’s School of Economics and Political Science. He was a founding member of the British anti-apartheid movement and later started the Irish branch when he took up a teaching post in the law school at Trinity College in Dublin.

In the meantime, he passed bar exams in London and Dublin in 1963 and 1975 respectively. He remained at Trinity College for 27 years as a professor of law, specialising in international and labour law, and human rights. Between 1980 and 1986 he was the dean of Trinity’s humanities faculty.

Asmal returned to his homeland in 1990, the same year that Nelson Mandela was released from prison. He became a senior member of the African National Congress and served on the party’s executive committee for many years.

He resumed his teaching career, as professor of human rights at the University of the Western Cape, and was a visiting professor at Princeton and Rutgers Universities in the US and at Christ’s College in Cambridge, UK.

In May 1994 he became a member of South Africa’s first democratic government, as the minister of water affairs and forestry. He was appointed as education minister after the second democratic general election in 1999, but resigned from Parliament in 2008 because he felt it would be unethical of him to vote for the dismantling of the Scorpions, an elite and successful crime-busting police unit.

During his distinguished career Asmal received numerous honours, including the Unesco Prize in 1983, the Agfa Award for conservation from the University of Chile in 1997, and the Stockholm Water Prize in 2000.  In 2005, he received France’s Order of the Légion d’Honneur.

He was an honorary fellow of the London College of Economics and Political Science and Ireland’s Royal College of Surgeons, and an honorary member of the Southern African Water Institute. The academic also garnered seven honorary degrees from universities in South Africa and Ireland. 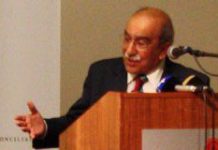 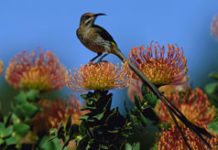