An eight-year-old South African girl was so moved by the plight of rhinos, she decided to do something to help stop poaching.

“My name is Alyssa Carter and I am eight years old,” she says. “After we learnt about endangered animals at school and I heard about the rhinos being killed, I actually cried… I wanted to do something to help save the rhinos because they are my favourite animal.

“I decided to draw a picture that we printed on to chocolates, and I am selling the chocolates for R10 each to make money to help save the rhinos.”

Alyssa started making and selling her chocolates in May 2013, and this week, Alyssa’s Save The Rhino’s Fund working with the South African National Parks (Sanparks) Honorary Rangers officially handed over two trained sniffer dogs to the Ranger Corps in Marakele National Park.

“The Sanparks Honorary Rangers are proud to be associated with this important initiative that is making a difference in the conservation and the protection for the rhino population within our national parks,” said Louis Lemmer, the national chairman of the group.

“This partnership between the Sanparks Honorary Rangers and Alyssa’s Save The Rhino’s Fund is an example of how the public can make an active contribution to such an important cause.”

Alyssa started making and selling chocolates in May 2013. They feature picture of a rhino drawn by the eight-year-old. The chocolates sell for R10 each and more than R300 000 has been raised to date. Alyssa’s dream is to raise even more money to help buy additional trained sniffer dogs for the country’s national parks, as well as the necessary supplies for the dogs.

The Sanparks Honorary Rangers used 100% of all money raised for the purpose for which it was donated, the organisation said. No public money was used to run activities and every cent donated by the public for counter poaching or other projects was used to fund the actual project in South Africa’s national parks.

“Tomorrow, when our rangers face the challenges of a new day in the bush, they will do so with the full knowledge that there are people who appreciate and support them in what they do,” Sanparks honorary rangers said. 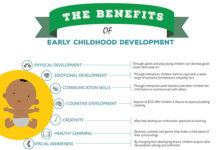 The advantages of Early Childhood Development 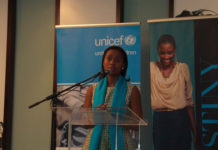