Piet Nkambule is the 2012 Shoprite boerewors champion, he was crowned by the supermarkets chain after tasting his traditional wors at their annual competition.

Piet Nkambule from Newcastle in Kwazulu-Natal makes South Africa’s best boerewors. He was selected as the winner of the 2012 Shoprite Checkers Championship Boerewors Competition, an annual event hosted by the supermarket group to identify the country’s best traditional boerewors recipe.

Before Nkambule made it into the top 10, his award-winning recipe was put to the test and tasted by a panel of high profile food experts. Over a period of four months, the judges tasted thousands of pieces of boerewors across the country to find a recipe that stands out.

Nkambule’s recipe was selected from more than 1 000 entries that went through three rounds of elimination.

Martin Kobald, one of the judges, who is a chef and honorary past president of the South African Chefs Association (SACA), says Nkambule’s boerewors recipe was exactly what the judges were looking for.

“It had an authentic flavour and you could taste the coriander and cloves nicely,” Kobald explains. “When it was cooked the combination of flavours unfolded better than others.”

Another judge of the competition and executive chef, Jeff Schueremans, says the winning boerewors had a prominent beef and pork flavour. “That was the best one of all of them,” Schueremans says.

In addition to receiving the coveted title, South Africa’s boerewors champion should also be commended for his perseverance. Even though he has participated 19 times in the competition, without ever reaching the finals, he never gave up.

But this was his lucky year.

“I can’t believe I actually won,”Nkambule says, and he can’t wait to receive his prize which includes a new Toyota Hilux 2.7 double cab raised body raider, R2 500 (US$286) holiday voucher from food company All Gold, R2 000 ($229) Coca Cola cash prize and R750 ($86) worth of vouchers from snack food manufacturer Simba.

“In my life I never thought I would drive a new car,” he says.

Boerewors is a type of sausage that is synonymous with South African food heritage. The name comes from the Afrikaans words boer (farmer) and wors (sausage).

Boerewors is usually braaied, a method that cooks food on an open fire, but some South Africans would, somewhat reluctantly, concede that it can also be grilled under an electric grill, fried, or baked in an oven.

Kobald says that the recipe for traditional boerewors is legislated and must strictly adhere to certain guidelines. Although it is up to individuals to adjust the ratios of the ingredients, boerewors must contain at least 90% meat, always containing beef as well as lamb or pork, or a mixture of lamb and pork. Not more than 30% of the meat content may be fat and it can’t contain any mechanically recovered meat.

Apart from the meat content, no other ingredients may be added except vinegar, spices, herbs, salt or other harmless flavourants and water. Cereal products such as oats or bread crumbs may be used as binding agents, but it should be suitable for mass production and a specific shelf life.

“Although the ingredients are legislated, there is always someone’s boerewors that stands out and this is what we wanted to find,” Kobald says.

Nkambule isn’t a newcomer to the meat industry. He’s worked in butcheries since 1977, when he started out by making deliveries. After many years, he’s learnt the tricks of the trade and, of course, what makes a good boerewors.

He says he has taken a lot of time to perfect his winning recipe, now a closely guarded secret.

“Over the years people have given me many tips and tricks about how to make a good boerewors,” he says.

Although he is reluctant to divulge the ingredients of his winning recipe, he does reveal a few pointers for aspiring wors makers.

“My secret lies in the special ratio of pork to beef meat I include in my mixture,” he says. “The right quality spices are also very important.”

Finding the country’s best boerewors is no small feat and an independent judging panel of respected food experts had the tough job of making the final decision.

It took 85 regional and 10 provincial elimination rounds, during which 400 judges from the SACA had to taste and assess more than 55 000 pieces of raw and cooked boerewors to eventually find the top ten that would battle it out at the final.

The judges included Martin Kobald; Arnold Tanzer, Sunday Times chef of the year 2008; Carmen Niehaus, YOU and Huisgenoot food editor and author of more than 20 cookbooks; Peter Veldsman, author of several cookbooks; and Lungile Nhlanhla, junior food editor at Drum magazine and one of the five finalists of the 2012 Masterchef SA programme.

Schueremans explains that the judges have to taste both the raw and cooked boerewors, and contestants also have to provide the spices for a separate tasting to ensure that the correct spices have been used.

“When the wors is raw it reveals a different flavour,” Schueremans says.

Kobald adds that by tasting the raw product, the judges can also determine if the ingredients are correct and correspond with the specific recipe provided by the contestant.

Becoming the country’s boerewors champion isn’t just about combining the right mix of ingredients – the contestants must also cook the boerewors to perfection. If it is undercooked or overdone the judges can’t get a good sense of its taste.

Kobald points out that cooking the wors is as important as developing the best recipe, as contestants could achieve a high score for their raw product, but get marked down at the cooking stage.

To ensure that each individual tasting is accurate, the judges clean their palettes between tastings by eating a dry biscuit and drinking water.

In his 13 years of involvement with the competition, Kobald has noticed how contestants have changed and evolved their techniques, and are taking the annual event more seriously.

The new Championship Boerewors is in-store and available at all Shoprite, Checkers and Checkers Hyper stores countrywide. 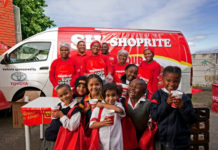 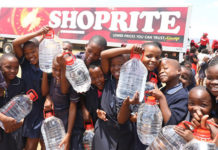