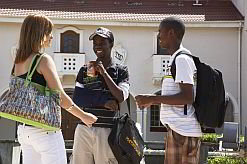 The 16 June 1976 uprisings are part
of the reason South Africa has an
integrated education system where
despite race, creed or gender
everyone can enjoy the same
education.
(Image: MediaClubSouthAfrica.com. For
more free photos, visit the image library)

The Hector Pieterson Memorial in
Orlando West, Soweto, is situated  a
stone’s throw from where a young
Hector was shot by police during the
peaceful march that culminated in
what is now known as “Youth Day”.
(Image: Soweto.co.za)

June is celebrated as Youth Month in South Africa, paying tribute to the school pupils and ordinary citizens who lost their lives during the 16 June 1976 uprisings in Soweto. This year marks the 35th anniversary of that fateful day.

The month was launched at the Union Buildings in Pretoria on 31 May 2011 under the theme “Youth action for economic freedom in our lifetime”.

The South African government has declared 2011 the year of job creation, which fits in well with Youth Month’s focus of empowering young people and encouraging their participation in the country’s socio-economic activities.

“This theme is befitting and consistent with the struggles of all young people in South Africa and abroad, which are poverty and unemployment,” Minister in the Presidency Collins Chabane said at the launch.

“It is consistent with the government’s commitment of meaningful economic transformation and inclusive growth towards the total eradication of poverty and towards the development of the South African community.

“This year’s Youth Month programme therefore seeks to retrace how far we have gone in realising the ideals that the 1976 generation fought and died for,” he added.

Chabane also spoke about the National Youth Development Agency (NYDA), which was launched by President Jacob Zuma in 2009, and its success as part of the government’s commitment towards the development of young people.

The NYDA was formed through a merger between the Umsobomvu Youth Fund and the National Youth Commission with the aim of developing young people so they can reach their potential and live sustainable lives.

“Youth Month is a significant time for reflection on youth development, including progress made in the development of young people,” NYDA chairperson Andile Lungisa said at the launch.

“The theme for this year’s Youth Month talks to the urgency of youth development to ensure that young people achieve economic freedom. Economic emancipation is indeed the biggest challenge facing today’s youth,” he added.

The South African parliament is hosting a number of events to celebrate Youth Month.

Youngsters from various organisations will be invited to attend a joint sitting of the National Assembly and National Council of Provinces on 8 June to debate the topic of “A caring parliament that advances youth development to achieve economic freedom”.

During June members of parliament will also pay visits to the Western Cape Rehabilitation Centre in Faure and to the Johannesburg Prison in Meredale in the south of the city.

The City of Ekurhuleni in Gauteng will host a youth summit and later a career expo in recognition of Youth Month.

The two-day summit will run from 3 to 4 June, while the expo will take place after Youth Month from 6 to 8 July. Both events will be held at the Birchwood Conference Centre in Boksburg, east of Johannesburg.

The summit will highlight opportunities available to young people in the region and the expo will inform high school pupils, unemployed youngsters and graduates about career opportunities.

Zweli Dlamini, the City of Ekurhuleni’s spokesperson, said: “We have compiled a programme that is aimed at educating the youth within the region on matters pertaining to development, including access to employment and entrepreneurial opportunities.

“This programme will be implemented under the theme ‘Together building better youth through access to economic opportunities’.”

On 16 June 1976 thousands of pupils from Soweto, a township in south-west Johannesburg, had organised a mass demonstration against the use of Afrikaans as the medium of instruction at their schools.

More than 15 000 youngsters between the ages of 10 and 20 converged at Orlando West Secondary School in Vilakazi Street, Soweto, with the intention of marching peacefully in their school uniforms to the nearby Orlando Stadium.

But before the march began, police entered the township and instructed the students to disperse – this was met with resistance.

The police sprayed the crowd with teargas and the students retaliated by throwing stones at them. Then police started firing live bullets.

The first documented fatality of the day was Hector Pieterson, a 12-year-old pupil who was shot by police. He was picked up by Mbuyisa Makhubo, a school mate, who ran with him in his arms to Phefeni Clinic, with Pieterson’s sister, Antoinette, running next to him.

The image of Makhubo with Pieterson in his arms and Antoinette running next to them was caught on camera by Sam Nzima, a photographer for The World newspaper, and became the international visual of the day – and the ultimate symbol of the student uprising.

Chaos reigned in Soweto for the next two days, with students looting and torching anything associated with the apartheid government such as council offices and government buses.

On 18 June 1976 all schools in Soweto and Alexandra, another township in the north of Johannesburg, were closed indefinitely.

According to the June 16 1976 Foundation, about 23 pupils and 200 residents were killed that day.

The senseless, violent backlash to what was to be a peaceful march caught the attention of the international community – and after this, many countries imposed sanctions on South Africa to force the apartheid government to ease its repressive rule. 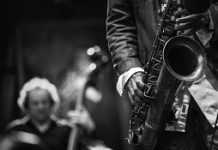 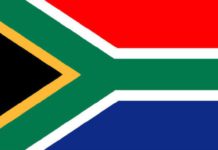