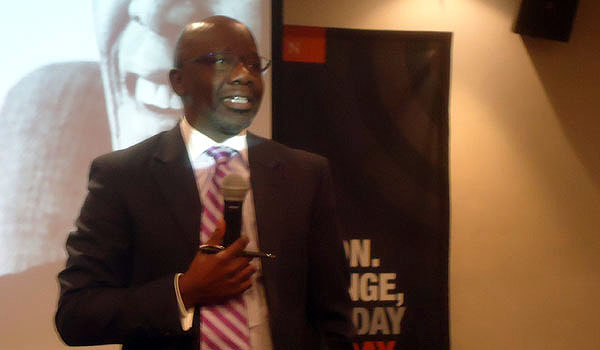 The UN and the Nelson Mandela Foundation have made a call for change in the world and for global partnerships to be built.

Speaking at an intimate gathering at the Nelson Mandela Centre of Memory on 17 July, UN leaders and activists spoke of a global survey that highlighted the needs of individuals. On this International Nelson Mandela Day, they said, people must come together to create a better, more wholesome, more holistic life for each other.

Watch the United Nations Secretary-General inviting you to Mark A Difference and vote on the My World survey:

One tick at a time

My World is a global survey of citizens led by the UN and its partners. It aims to capture people’s voices, priorities and views, so that global leaders can be informed as they begin defining the new development agenda for the world.

Through creative online and offline methods, My World asks individuals which six of 16 issues they think will make the most difference to their lives. The 16 issues were extracted from the priorities expressed by poor people in existing research and from polling exercises. They cover the Millennium Development Goals, plus issues of sustainability, security, governance and transparency.

From now until 2015, the UN wants as many people in as many countries as possible to be involved in My World: citizens of all ages, genders and backgrounds, and particularly the world’s poor and marginalised communities.

Working with the foundation

Verne Harris, the acting chief executive of the Nelson Mandela Foundation, said it was a great honour to be part of the UN campaign. “This invites citizens of the world to take responsibility for their future. International Nelson Mandela Day is in danger of becoming a day for do-gooding. It must be a day to change the world. The importance of the day stresses two issues. Firstly, how the actions of the ‘haves’ see how the other ‘have nots’ live and secondly, in a well-functioning society, you wouldn’t need such a day. So, there needs to be strong, robust, political analysis highlighting International Mandela Day.”

The call to educate people to change their societies is strong. The UN has fostered mass citizen participation in shaping a better world through its global survey. Already, 2.75 million people have spoken, and more are encouraged to participate.

Dr Agostinho Zacarias, the UN resident co-ordinator in South Africa, pointed out that this year was the first Mandela Day without its patron. “It has been five years since the UN declared 18 July International Nelson Mandela Day. Mandela was seen as a visionary leader. Each year, the UN listens to the call and helps where [it] can on International Nelson Mandela Day. There will be celebrations around the world. Peace, freedom and justice are indivisible, this is a call to action for humanity. The UN is tirelessly working to maintain the principals that Tata Madiba stood for.”

The survey invites the participation of ordinary citizens to change the world and make it a better place.

Corinne Woods, the global director of the UN Millennium Campaign, said that using the Mandela name could inspire great things to happen. It could bring ordinary people to a decision-making opportunity. “We must honour these voices and let them be heard. Out of the 2.75 million global votes, just a mere 9 338 of those are South African. Education tops this list as the most important priority; protection against crime and violence comes in second, and an honest and responsible government third.”

She called for the voice of South African citizens to be increased.

Watch Nelson Mandela at the Centre of Memory

William and Saige are two My World youth advocates. They travel to various countries where they offer people the opportunity to do the survey. They said every vote had a story; it was a human struggle we all shared, and the power of the human story. It was about sharing hearts and stories, they explained.

The stories can be told face-to-face but social media and the use of technology can make an immediate impact.

Luvuyo Mandela, Mandela’s great grandson, said social media must be used to bring the youth together. “We cannot limit ourselves to entertainment only. We need to engage in proper conversation. We need to start shaping conversations. This is in our hands and we need to co-create and collaborate. We can change the world the way we want to see it.”

He gave a voice to the family and the foundation, saying that each person must have rights to education, health and the ability to take care of themselves and their families. This would give them dignity and respect. “Those who fought before us freed the nation in shackles. They didn’t have social media to make a difference.”

My World will continue to gather people’s voices into 2015. The results of the global survey will be shared with the UN secretary-general and global leaders as they prepare the next world development agenda.