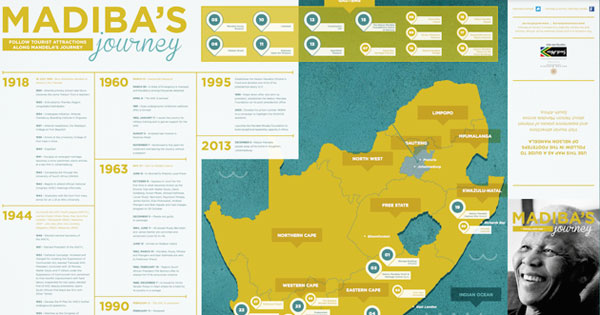 Following in Nelson Mandela’s footsteps, the journey is expected to encourage tourists who were inspired by the anti-apartheid freedom fighter and father of the nation, to visit South Africa and discover his beloved country. (Image: Mandela South Africa)

Adventurers, travellers and others can follow the Madiba route by ticking off 27 landmarks across South Africa, learning more about his legacy along the way.

Following in Nelson Mandela’s footsteps, the journey is expected to encourage tourists who were inspired by the anti-apartheid freedom fighter and father of the nation, to visit South Africa and discover his beloved country. The highlighted sites cover a huge swathe of the country, from Nelson Mandela Square in Johannesburg, to the site where the late leader was captured near Howick, not far from Durban. It includes the prisons where he was, on Robben Island in Cape Town and in Paarl.

South African Tourism chief executive Thulani Nzima hopes the map will inspire deeper connections with Mandela’s legacy. “What we are hoping to do is to get South Africans to begin to embrace those tourist attractions like they are their own, but also we are building a pilgrimage around this,” he says.

“We want the international community and South Africans to look at this in the same way they would look at a pilgrimage to Mecca. Not necessarily at the same level, but we are confident that with time people are going to see it as a pilgrimage, as a must-do kind of thing.”

Taking in the four main provinces that shaped Mandela’s life – Eastern Cape, Gauteng, KwaZulu-Natal and Western Cape – the journey includes some lesser-known attractions and places of interest alongside the iconic places so associated with the leader.

1. Robben Island, Cape Town – One of the route’s most iconic points; take a guided tour with a former prison inmate, including of the solitary confinement hut. 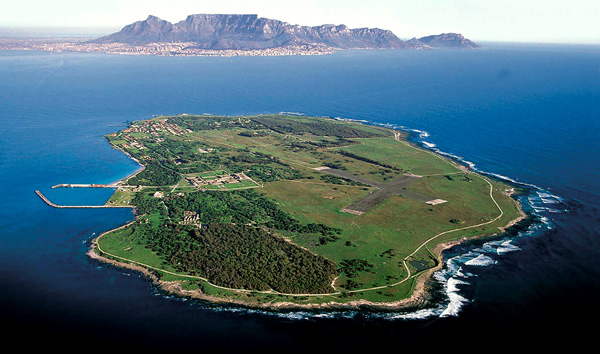 2. City Hall and Grand Parade, Cape Town – A magnificent, imposing civic building with mosaic floors and a marble staircase; stand on the balcony where Mandela gave his first public address after his release from prison and take in the view of Cape Town’s main public square.

3. Nobel Peace Sculpture, V&A Waterfront – Bronze likenesses of the great South Africans who have won the peace prize; statues of Albert Luthuli, Madiba, FW de Klerk and Desmond Tutu stand outside the Food Market, which is open from Wednesdays to Sundays.

5. Parliament, Cape Town – Take a guided tour, observe debates or arrange to meet a politician of your choice. 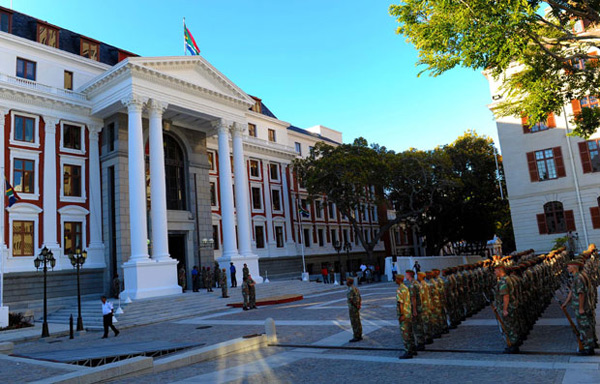 6. Pollsmoor Prison, Cape Town – Madiba was transferred from Robben Island to this prison in 1982; it is not open to the public.

7. Drakenstein Correctional Centre, Paarl – Formerly known as Victor Verster Prison, Madiba spent his last years of imprisonment here; outside the prison, view Jean Doyle’s statue of Mandela, signature fist in the air, and see the tiny room in which he slept, which reminded him of his prison cell. 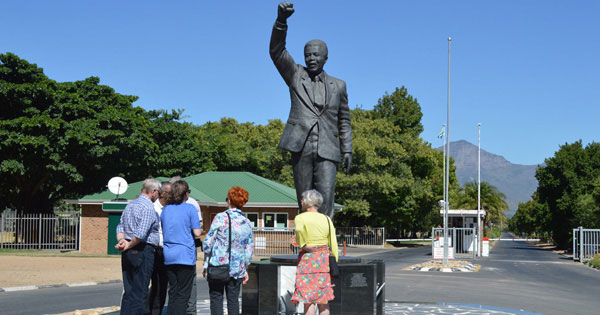 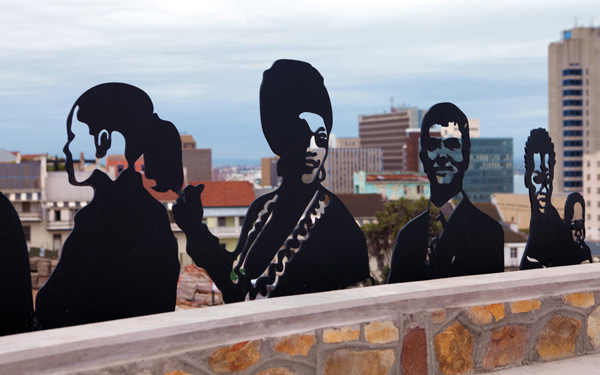 9. University of Fort Hare, East London – Where Madiba and OR Tambo first met; this is the university that sculpted a black elite, who went on to forge independence movements. You can also see the ruins of a 19th century British fort.

10. Bhunga Building, Mthatha – Once the seat of the Transkei parliament, the three wings of the Nelson Mandela National Museum are dedicated to the honours and gifts bestowed upon him; don’t miss the audio presentation in the third wing.

11. Nelson Mandela Youth and Heritage Centre, Qunu – Take a guided tour of the village where Madiba was born; it starts at the Heritage Centre and passes the cultural craft centre, the remains of Mandela’s primary school and the graveyard where his parents, son and daughter are buried.

12. Nelson Mandela Capture Site, Howick – Marvel at the impressive steel columns skilfully arranged to reveal Mandela’s face from one angle at the site of his arrest; then visit the museum in a converted shed nearby, browse the bookshop, and relax at the Truth coffee shop. 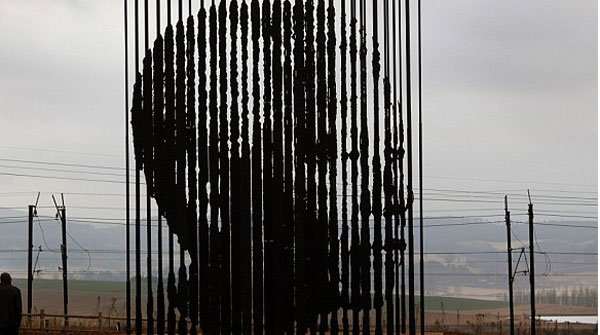 The impressive sculpture by artist Marco Cianfanelli consists of 50 steel poles between 8 and 10 meters tall, arranged in a pattern that allows the viewer a flat image of the face of Nelson Mandela facing West, when approached from the foot path leading down towards it, exactly 35 meters away. From that position the laser-cut mild steel poles line up to create the illusion of a perfectly flat image. (Image: South African Tourism)

13. Ohlange Institute, Inanda – This is first South African school built by a black person and it is where Mandela cast his vote in the 1994 elections; it’s among the oldest private girls’ schools in the country. Read the story inside of why Madiba chose to vote here.

14. Mandela House Museum, Soweto – The home of Madiba and his second wife, Winnie Madikizela-Mandela, from 1946 to 1962; the facade is scarred by bullet holes and scorch marks. Inside, find original furnishings, photos, interactive exhibitions, and the World Champs belt given to Mandela by boxing champion Sugar Ray Leonard.

15. Vilakazi Street, Soweto – The only street in the world to have been home to two Nobel Peace Prize laureates; enjoy chisa nyama (braaied meat) and Black Label beer on the strip. On the corner of Khumalo Street, view the artwork of eight man-sized hands spelling “Vilakazi” in sign language.

16. Hector Pieterson Museum, Soweto – A homage to the schoolchildren who were killed during the student uprising that began in Soweto on 16 June 1976; visitors move along a series of ramps and look through strategically placed windows at important scenes – including Orlando Stadium and the police station – and view exhibits such as television footage of the uprising.

17. Kliptown Open-Air Museum, Soweto – It tells the story of the Freedom Charter; spend a night at Soweto Hotel, eat at the braai area and browse the 10 pillars that represent the charter.

18. Chancellor House and The Shadow Boxer Statue, inner city Johannesburg – The premises of Mandela and Tambo Attorneys in the 1950s; they are not open to the public, but the windows display historical material and opposite there is the statue of Madiba as a boxer.

19. Constitution Hill, Braamfontein – Formerly a notorious prison, the Old Fort is now a multipurpose heritage precinct; walk through the recreational spaces and view the Women’s Jail, dating back to 1910. There is a museum that has been made of Nelson Mandela’s cell. 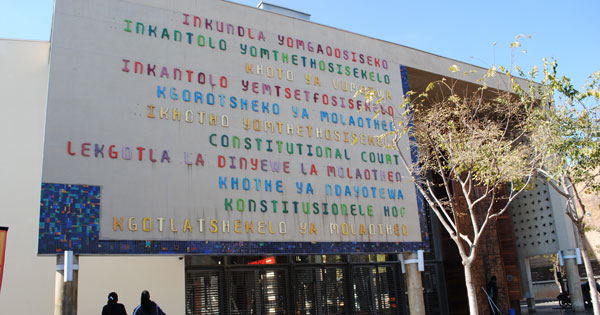 Constitution Hill tells the story of South Africa’s turbulent past and its extraordinary transition to democracy. (Image: South African Tourism)

20. Apartheid Museum, Johannesburg – Considered the most definitive museum on apartheid; take in uncensored audio-visual material and photos, then ponder its significance in the Highveld Garden.

21. Nelson Mandela Bridge, Johannesburg CBD – Built in 2003 and named after Madiba as a tribute to his efforts in bridging racial divides; drive or walk across the bridge for views of the city.

22. Alexandra Heritage Centre, Alexandra – Construction of the 100-year-old township’s tourism centre is due to be completed at the end of 2014; there will be a community archive, a restaurant and retail outlets. Just around the corner is the humble abode where Mandela stayed.

23. Liliesleaf Farm, Rivonia – Secret meeting point for ANC leaders in the 1960s; visit for the rich recall of events on the farm that led to the Rivonia Trial, and for Cedric’s Café coffee shop.

24. Centre of Memory, Houghton – Open by appointment only; if you’re doing research or yearn to understand his journey, the centre has a variety of helpful resources.

25. Nelson Mandela Square, Sandton – An unashamedly opulent square and a good example of Jozi as a multicultural melting pot; a huge statue of Madiba gazes over the square, where you can visit the Peacemakers Museum.

26. Sharpeville Human Rights Precinct, Vaal Triangle – The location of the infamous 1960 massacre and where Mandela signed the new Constitution of South Africa. 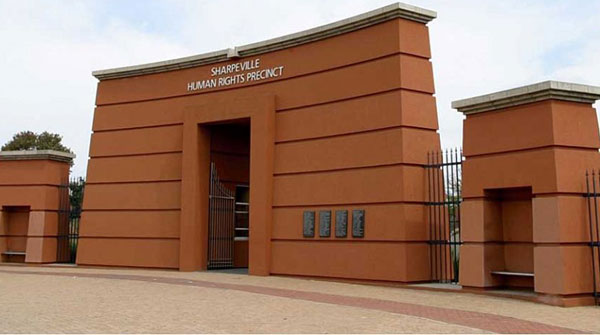 The Sharpeville Human Rights Precinct is a memorial for those who died in 1960 in the Sharpeville Massacre, an event that shocked the international community and inspired increased efforts against apartheid. (Image: South African Tourism)

27. Mandela Statue at the Union Buildings, Pretoria – Not open to the public; pack a picnic and laze in the gardens, where a bronze statue of Madiba stands tall. Sammy Marks Museum and Church Square nearby are also worth a visit.