In his autobiography Long Walk to Freedom, Nelson Mandela tells stories of a happy childhood in a remote village deep in the hills of the Transkei – Qunu, where he was laid to rest on Sunday 15 December 2013.

We bring you photos of Qunu, from the Media Club South Africa photo library, with descriptions from Mandela’s Long Walk to Freedom.

Click each image to downloadd a copy in high resolution. 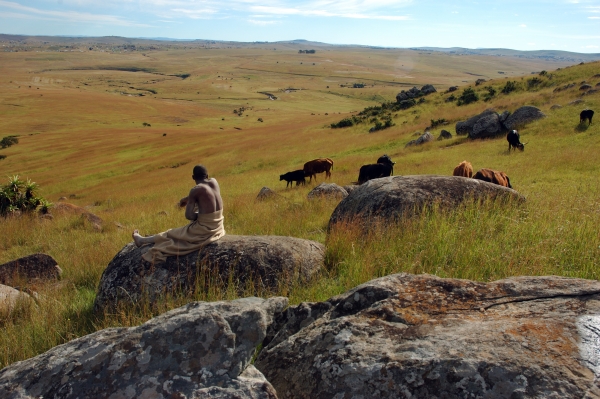 “The village of Qunu was situated in a narrow, grassy valley crisscrossed by clear streams, and overlooked by green hills,” Nelson Mandela wrote in the opening of “A Country Childhood”, the second chapter of Long Walk to Freedom. 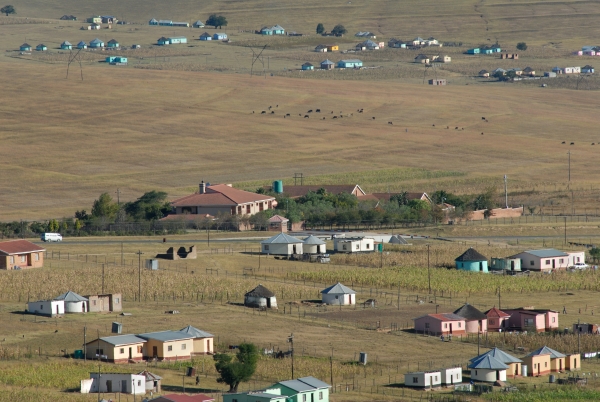 “It consisted of no more than a few hundred people who lived in huts, which were beehive-shaped structures of mud walls.” Today, Mandela’s home – modest by city standards – stands out from the rest of the dwellings in Qunu. 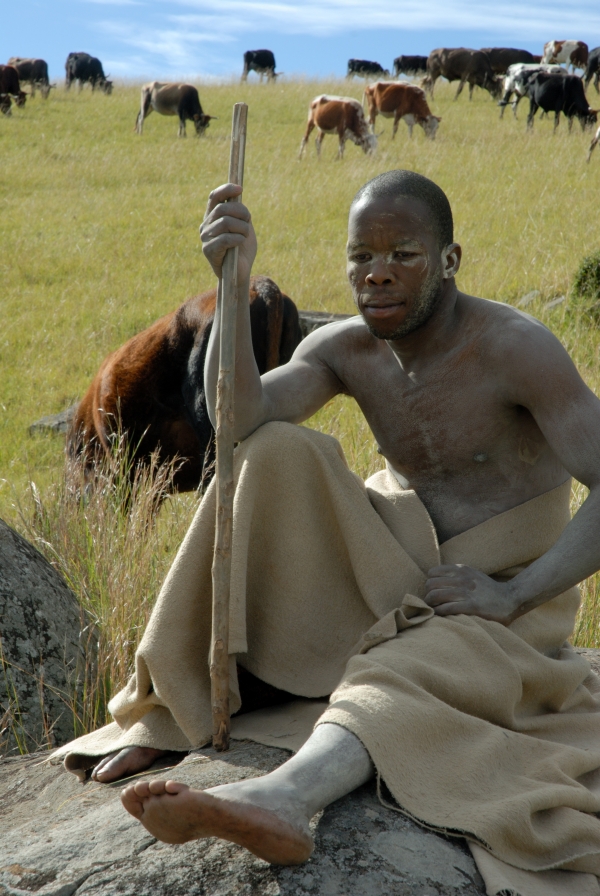 Vuyani Sidubule keeps watch over cattle in the fields outside Qunu. Normally he’d be in Western clothes, but the blanket he wears and the white paint on his face indicate that he is undergoing traditional Xhosa manhood initiation.

“I was no more than five when I became a herd-boy, looking after sheep and calves in the fields,” Mandela said. 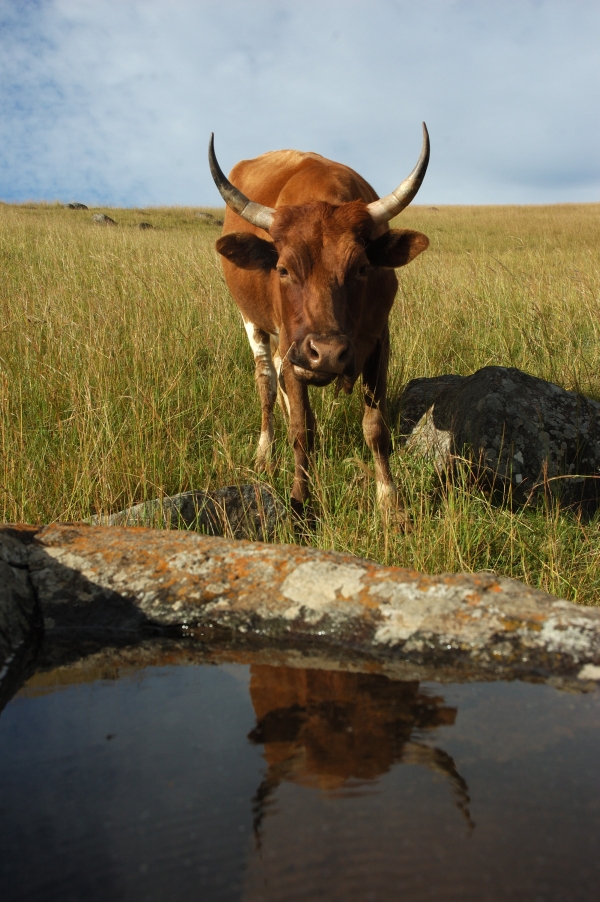 Typically long- and sharp-horned African cattle. “I discovered the almost mystical attachment that the Xhosa have for cattle,” Mandela said, “not only as a source of food and wealth, but as a blessing from God and a source of happiness.” 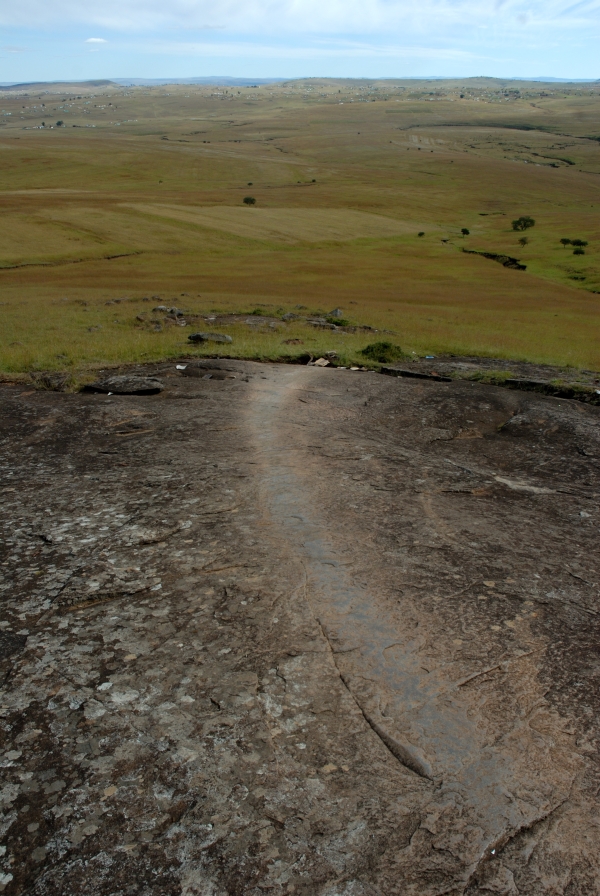 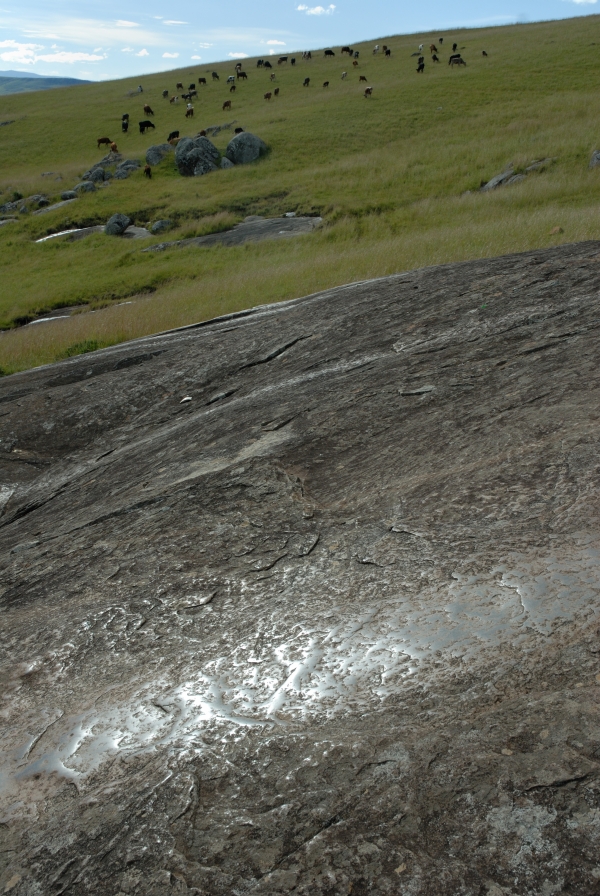 “The hills above Qunu were dotted with large smooth rocks which we transformed into our own roller coaster. We sat on flat stones and slid down the face of the large rocks. We did this until our backsides were so sore we could hardly sit down.” 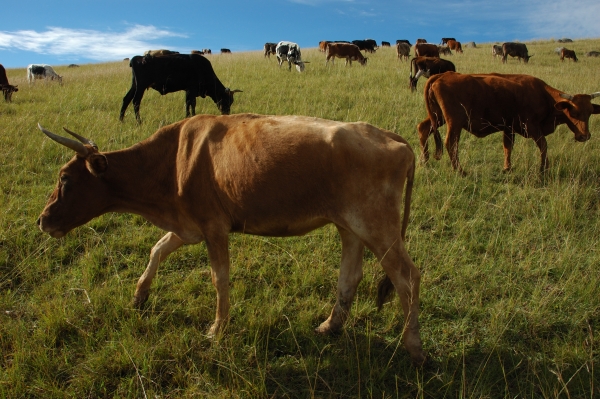 “I learned to ride by sitting atop weaned calves – after being thrown to the ground several times, one got the hang of it.” 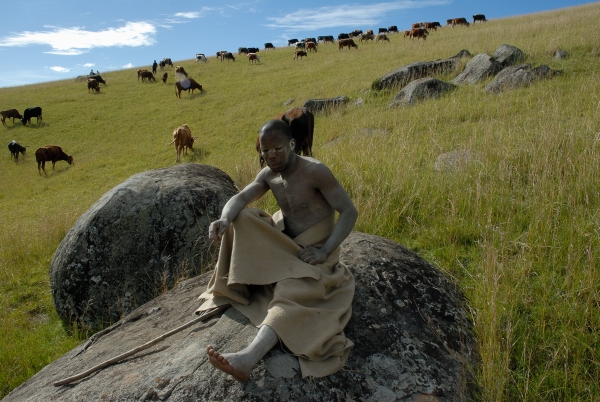 The Xhosa tradition of manhood initiation ends with circumcision. Mandela was 16 years old when he went through initiation – when, he said, he left childhood behind.

“That first night, at midnight, an attendant, or khaukatha, crept around the hut, gently waking each of us. We were then instructed to leave the hut and go tramping through the night to bury our foreskins. The traditional reason for this practice was so that our foreskins would be hidden before wizards could use them for evil purposes, but, symbolically, we were also burying our youth. I did not want to leave the warm hut and wander through the bush in the darkness, but I walked into the trees and, after a few minutes, untied my foreskin and buried it in the earth. I felt as though I had now discarded the last remnant of my childhood.” 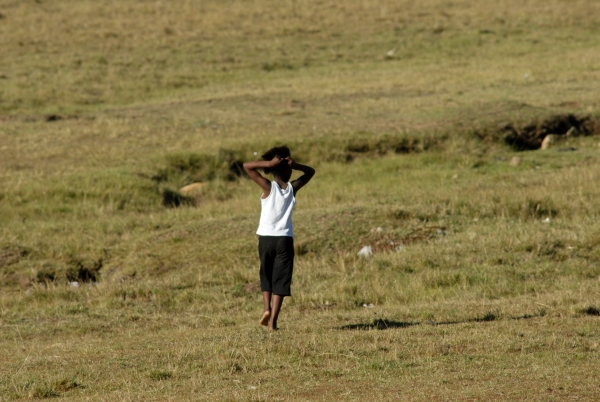 A young girl plays in the fields outside Qunu.

“Usually the boys played among themselves, but we sometimes allowed our sisters to join us,” Mandela said of his childhood.

“Boys and girls would play games like ndize (hide and-seek) and icekwa (touch-and-run). But the game I most enjoyed playing with the girls was what we called khetha, or choose-the-one-you-like. This was not so much an organised game, but a spur-of-the-moment sport that took place when we accosted a group of girls our own age and demanded that each select the boy she loved. Our rules dictated that the girl’s choice be respected and once she had chosen her favourite, she was free to continue on her journey escorted by the lucky boy she loved.

“But the girls were nimble-witted – far cleverer than we doltish lads – and would often confer among themselves and choose one boy, usually the plainest fellow, and then tease him all the way home.” 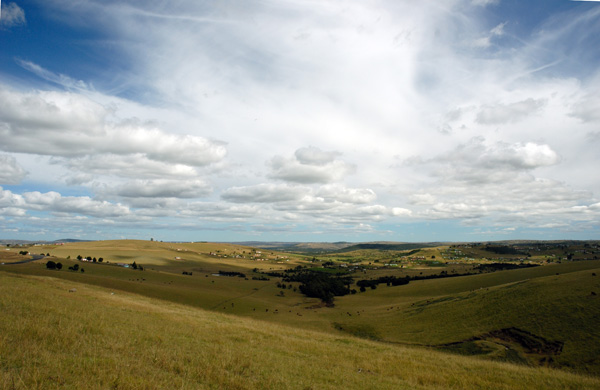 A wider view of Mandela’s home village of Qunu. 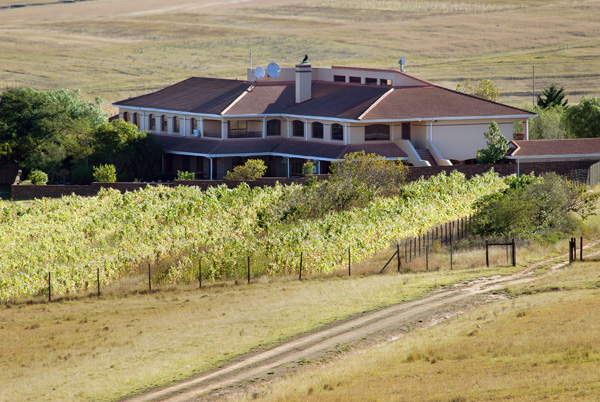 The Mandela family home in Qunu. The Mandela family graveyard in Qunu.