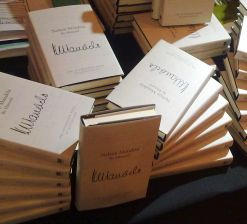 Nelson Mandela by Himself: The Authorised Book of Quotations is a comprehensive resource on the sayings of South Africa’s former president.

Nelson Mandela was a man of wisdom and insight, and his words have touched and inspired people all around the world.

Taken from Nelson Mandela by Himself: The Authorised Book of Quotations, we present some of the inspirational sayings by the icon of peace that have roused and touched many internationally.

The book features over 2 000 quotations – many previously unpublished – gathered over six decades and taken from audio recordings, speeches, correspondence, interviews, private papers and more. The collection is organised into 317 categories, from “Accountability” to “Zionism”.

Nelson Mandela By Himself was published under the editorship of Centre of Memory CEO Sello Hatang and senior researcher Sahm Venter, who guaranteed that each saying is 100% accurate.

The words of Nelson Mandela