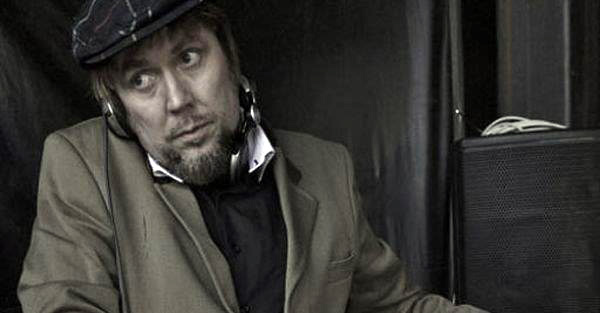 “I was inspired by the spirit and positivity of that African music,” says songwriter Jerry Dammers. “I was trying to get in a few Latin rhythms, but also township jazz.” (Image: Svennevenn, Flickr)

Bruce Springsteen had 17 albums of his own music to choose from to open his January tour of South Africa. Instead, he kicked off all three shows – in Cape Town and Johannesburg – with a cover, and a 30-year-old cover at that. The song? Free Nelson Mandela by songwriter Jerry Dammers, frontman for British ska band The Special AKA.

On Freedom Day this year, Sunday 27 April, Dammers was awarded the Order of the Companions of OR Tambo in silver, a national order given to “eminent foreign nationals and other foreign dignitaries for friendship shown to South Africa”.

Released in 1984, the four glorious minutes of ska that is Free Nelson Mandela was an immediate global success, climbing into the top 10 of the British singles chart and reaching number one in New Zealand. It became the unofficial anthem and slogan for the international anti-apartheid movement and hardened the global public’s view against the apartheid regime. A survey at the time found that three-quarters of British 16- to 24-year-olds knew who Mandela was and wanted him released because of Dammers’s hit.

In a recent interview with the Guardian, Dammers downplayed his role, saying he was nothing but a songwriter. “It’s a fantastic honour and it’s amazing that it’s remembered in South Africa. But it’s nothing compared to the sacrifices the people in South Africa made to fight apartheid.”

It’s serendipitous that Dammers should be awarded an honour named for Oliver Tambo. It was Dali Tambo, the founder of Artists Against Apartheid and son of Oliver, who set in motion the events that led to the recording of Free Nelson Mandela and the subsequent founding of the British branch of AAA. 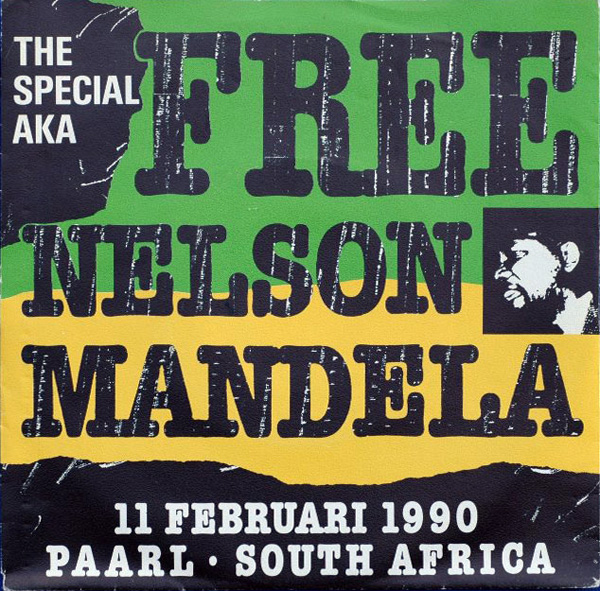 The cover art for a Free Nelson Mandela single, reissued in the Netherlands to commemorate Madiba’s release from prison on 11 February 1990. (Image: 2 Tone Records)

Britain was a different place in the eighties. Class conflict was at a peak, the economy was depressed, and conservative, capital-friendly Prime Minister Margaret Thatcher was intent on destroying the trade unions, and taking aim at the welfare state. Thatcher’s government also infamously labelled Nelson Mandela a terrorist, while the businessmen funders of her Tory party traded secretly and not-so-secretly with South Africa’s apartheid government.

In this distressed and depressed Britain a passionate new musical movement arose, fuelled by the anger of punk and rebelliousness of Jamaican reggae and ska. Led by The Clash, the movement expressed the hopeless frustration of the young with songs like Guns of Brixton and the ironic Career Opportunities.

Prominent in this scene was The Specials – later The Special AKA – founded by Jerry Dammers, a ska-influenced group that gave strong voice against the “money is everything” ethos of Thatcher’s Britain. Songs like Ghost Town, Gangsters, A Message to You Rudy and Too Much Too Young helped an activist generation identify its morals and spirit.

Finding the lyrics for the music

In 1983 Dammers was taken to the Nelson Mandela 65th birthday concert at Alexandra Palace in London. There he found inspiration for words to go with music he had recorded earlier.

“I wrote the tune to Nelson Mandela before the lyrics,” Dammers told Uncut magazine in 2010. “By that time, especially in London, rock music was dead. It was all electro-pop, hip hop, jazz or Latin. And also, Joe Hagen had this African club at Gossip’s. I was inspired by the spirit and positivity of that African music. I was trying to get in a few Latin rhythms, but also township jazz. It was a very simple melody, three notes: C, A and E. That meant the public could sing it.

“And then I went to Nelson Mandela’s 65th birthday party at Alexandra Palace. I’d never really heard of him, to be honest. Various bands sang about him, particularly [exiled South African jazz musician] Julian Bahula. And that’s where I had the idea to put this message into this tune I had hanging around.”

As a song, Free Nelson Mandela is effective for two reasons. First it is an amazingly good catchy pop tune. Second, it had a message its audience agreed with.

It opens with Caron Wheeler, later of dance band Soul II Soul, doing a haunting a cappella version of the chorus. This it gives the melody a strange lift when it comes in. “If I had known anything about Nelson Mandela beforehand,” Dammers said, “I’d have probably come up with something earnest strummed on an acoustic guitar.”

The main lyrics start: “Twenty-one years in captivity / His shoes too small to fit his feet …” The second line came from a pamphlet Dammers read. “A leaflet I had picked up at a concert said the shoes he had in jail were too small for his feet, so I put that in the lyric.” As it turns out, it was the one lyric Mandela quibbled over, Dammers learned later. Madiba’s prison shoes fit just fine; it was poetic licence taken by the anti-apartheid movement. “It’s testament to Mandela’s integrity that, even when his own freedom was at stake, he felt that the truth required no embellishment.”

Watch The Special AKA perform Free Nelson Mandela in 1984:

The song was a huge hit in Belgium, the Netherlands, Ireland, England and New Zealand. In 1984 the students at Wadham College, Oxford passed a motion that every college dance must end with the song, a tradition that continues to this day. In 2010 it was placed second in the New Statesman‘s list of the world’s top 20 political songs, as voted for by the magazine’s readers and members of the Political Studies Association – ahead of Bob Dylan’s The Times They Are a-Changin‘ and U2’s Sunday Bloody Sunday.

Free Nelson Mandela was, of course, banned in apartheid South Africa. But singles smuggled into the country were widely played at underground parties, nightclubs, protest rallies and football matches.

Less than six years after Free Nelson Mandela was released, Nelson Mandela walked out of Victor Verster Prison. Dammers is far too modest to have ever claimed that his song unlocked the prison doors, but the effect it had was one of the keys.

Until this year, Dammers had never been to South Africa. He met Mandela just once, at the 1990 Wembley concert soon after Madiba’s release from prison. Mandela walked on stage to receive a 10-minute standing ovation from an audience of 170 000 people, many of them wearing Special AKA T-shirts. “I’d gone into the audience to experience it and I’ve never known anything like it,” Dammers told the Guardian. “It was reassuring: it made you think the vast majority of human beings aren’t racist and are actually all right.”

Later, he met Mandela backstage. “Someone introduced me to him as the person who wrote Free Nelson Mandela. ‘Ah yes,’ he said, ‘very good.'”