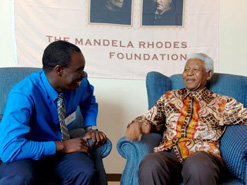 The Mandela Rhodes Foundation recently celebrated its fifth year, marking the festivity with achievements that its namesakes would be proud of.

The Rhodes Foundation is an educational charity, which provides University of Oxford scholarships to deserving scholars.  The Trust was established in 1904 and is funded through the estate of Cecil John Rhodes, founder of the state of Rhodesia (today independently known as Zimbabwe and Zambia) which was named after him.

In 2003, in anticipation of the centenary since the establishment of the foundation and to honour Rhodes’ legacy, the trustees of the foundation formed an equal partnership between the philanthropic Nelson Mandela Foundation and the Rhodes Trust. This partnership united the legacy of the two protagonists Mandela and Rhodes, who are both revered for their fighting spirits – Mandela for his leadership and Rhodes for his entrepreneurship.

The partnership, which saw an initial $17.6-million (R142-million) donation from the Rhodes Trust, selects students from across Africa to study at a southern African University in a discipline of their choice.

Two organisations have pledged to finance a total of 13 new Mandela Rhodes Scholarships in honour of Mandela’s 90th birthday. The Leverhulme Trust, a research and education association based in England, has committed R40-million ($340 000) toward the scholarships, the biggest single donation the Mandela Rhodes Trust has received, while South Africa’s ABSA bank will fund three scholarships annually.

“Mandela Rhodes Scholarships are designed to support academically meritorious postgraduate students while simultaneously developing their significant leadership potential. Each recipient participates in leadership development retreats, and enjoys personal mentoring. All scholars are schooled in the four principles underpinning the Foundation: reconciliation, education, entrepreneurship, and leadership,” reads a statement from the Mandela Rhodes Foundation.

In his address announcing the establishing of the foundation in July 2003, Mandela said, “We have agreed to and support this joint initiative believing that the bringing together of these two names represents a symbolic moment in the closing of the historic circle. We know with confidence that the work of The Mandela Rhodes Foundation will substantively contribute to a better life for the people of South Africa and further abroad on the African continent. It speaks of a growing sense of global responsibility that in this second century of its operation the Rhodes Trust finds it appropriate to redirect some of its attention and resources back to the origins of its wealth.”

Mandela himself has had indirect connections with the Rhodes Trust. The mission school he attended at the beginning of his education received a grant from the Rhodes Trust and his later education at Fort Hare is also a recipient of funding from the Trust. During his treason trial he was defended by former Rhodes Scholar, Bram Fischer.

So far, 82 youngsters have received Mandela Rhodes Foundation scholarships. The first batch of recipients in 2005 numbered only eight. The following year this number more than doubled to 18, in 2007 there were 25 recipients and this year 30 people have been awarded scholarships. There are 35 bursaries available for next year and the Foundation aims to have 100 scholars in residence by the year 2012. According to the Foundation, approximately R350-million ($43-million) will be required to fund this many scholars on a sustainable basis.

Rhodes Scholarships are awarded for one, two, or three years for scholars from 14 stipulated regions to Oxford. Initially, only 52 learners were eligible for this scholarship each year but that has grown to 90 students annually during the past century. There have been more than 7 000 beneficiaries since the inception of the scholarship.

University fees of the chosen recipients are paid in by the Rhodes Trust, and in addition, a scholar receives a monthly maintenance stipend to cover accommodation and living costs.

Among the criteria listed by Rhodes in his Will, candidates will be selected “without regard to marital status, race, ethnic origin, colour, religion, sexual orientation, social background, or disability”. In addition, Rhodes stipulated that his scholars “shall not be merely bookworms” and wanted people interested in leadership.

The Rhodes Scholarships were initially reserved for men with the first woman being elected in 1977. The first South African woman elected was Sheila Niven. The first non-white South African recipients were Ramachandran Govender in 1977 followed by Loyiso Nongxa in 1978.

Do you have queries or comments about this article? Email Tamara O’Reilly on tamarao@mediaclubsouthafrica.com. 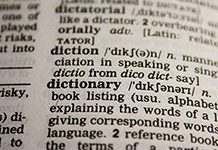 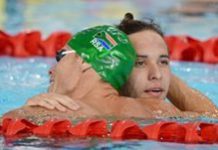 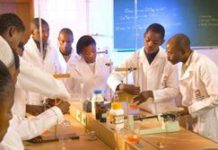 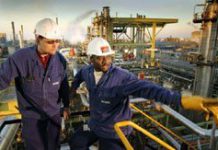 Soweto to Oxford and beyond