A planned sequel to Nelson Mandela’s autobiography, Long Walk to Freedom, will unpack the years when he was the president of South Africa. Mandela began the book in 1998 but was unable to complete it. Now a group of former senior advisers will finish the task for him. 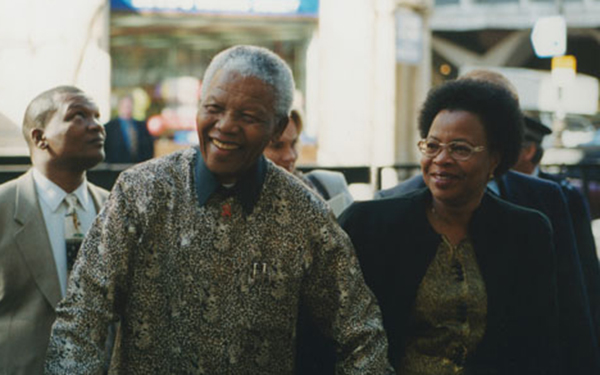 Nelson Mandela and his wife, Graça Machel, visit the London School of Economics in 2000. (Image: Wikipedia)

On 16 October 1998, Nelson Mandela took a sheet of paper and a black pen, and started the first chapter of his sequel to his autobiography, Long Walk to Freedom, which he called The Presidential Years.

Written in his cursive script, the first paragraph reads: “Men and women, all over the world, right down the centuries, come and go. Some leave nothing behind, not even their names. It would seem that they never existed at all. Others do leave something behind: the haunting memory of the evil deeds they committed against other people.”

Publishers Pan Macmillan said the book was yet to receive an official title. It’s planned to publish in 2016, saying the book “will provide readers with both an unprecedented account of Mandela’s extraordinary presidency, and a deep personal insight into the man behind the international statesman. It will be candid and clear-eyed about the difficulties he faced while in office, but also about the fault lines that run through contemporary South Africa.”

Mandela served a single term as president, from 1994 to 1999, preferring to step down rather than stand again in South Africa’s second democratic elections.

“Madiba wanted to put on record his own reflections of those important years in his life, when he was president of South Africa,” said his wife, Graça Machel, South Africa’s former first lady. “The book he had in mind was to be a natural progression from his autobiography Long Walk to Freedom. Circumstances did not allow him to complete the project. I am very pleased that a team comprising former senior advisers of his have accepted responsibility for completing this unfinished task on his behalf.”

UK newspaper The Guardian noted Long Walk to Freedom had a cliff-hanger ending which begged the question of what happened when Mandela was president.

“I have taken a moment here to rest, to steal a view of the glorious vista that surrounds me, to look back on the distance I have come. But I can rest only for a moment, for with freedom come responsibilities, and I dare not linger, for my long walk is not yet ended.”

“Especially during his presidency, he was a bit of a slave driver and he worked exceptionally hard: he would call at two o’clock in the morning and, for an elderly person to work at that pace, it was hard, and the pressure from the outside world was really relentless,” his personal assistant, Zelda la Grange, admitted to The Guardian. “But [that was] Madiba.”

Pan Macmillan editorial director Georgina Morley said the book would be “a rallying cry that will remind readers everywhere what he stood for – and how it is still possible for his vision and his political philosophy positively to change not only South Africa, but the world”.

The Nelson Mandela Foundation notes that in his draft he admitted he would have preferred a younger person to take the presidential reigns in 1994 after the country’s first democratic elections. “What is equally remarkable is that it was before he was inaugurated as president that Mandela decided to only serve for one term,” the website states. “This decision on his part is perhaps one of the most often cited examples of how he differed from his counterparts in other African countries.”

People quickly took to social media when news of the sequel broke, and the consensus was it would be a welcome addition to the literary world.

The sequel to Nelson Mandela’s Long Walk to Freedom will be published next year http://t.co/IaDRqyQ3Qm. Very proud of this! @panmacmillan

Great news! There’s to be a sequel to Nelson Mandela’s memoir, Long Walk to Freedom, to be published next year http://t.co/vw7U5llxWs

TV host and newspaper columnist Justice Malala told The Guardian newspaper the Mandela presidency was a fascinating time. “It was South Africa being remade,” Malala said. “I’m quite keen to read what it was like for Nelson Mandela to walk into the Union Buildings and take power and use power.”

Morley noted that Pan Macmillan had already worked with the Nelson Mandela Foundation on three previous books: Conversations With Myself, Nelson Mandela By Himself: The Authorised Book of Quotations, and Long Walk to Freedom – the picture book, adapted by Chris van Wyk and illustrated by Paddy Bouma. 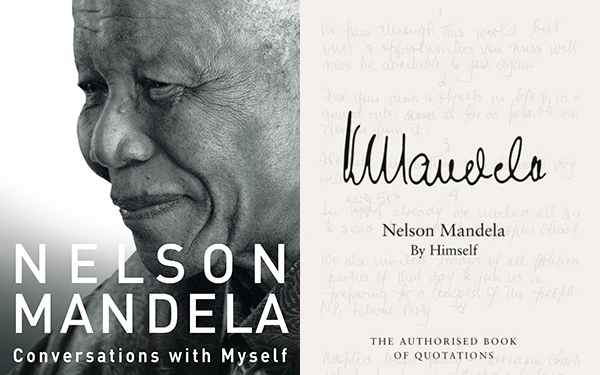 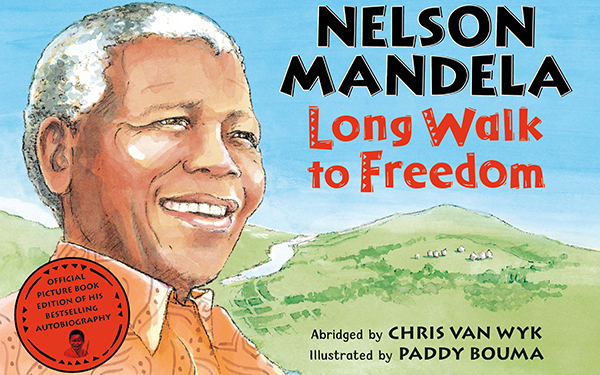 Pan Macmillan has worked with the Nelson Mandela Foundation on books about the former president. (Images: Supplied)