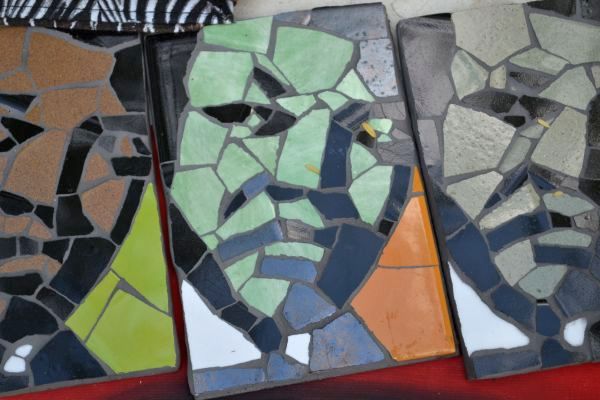 South Africans have always given up their time and money for charitable causes, says the Charities Aid Foundation Southern Africa. International Mandela Day has increased this generosity. (Image: Shamin Chibba)

Since the first International Nelson Mandela Day in 2009, South Africa’s generosity towards the needy has improved, which is evident in the country’s ranking on the Charities Aid Foundation (CAF) World Giving Index.

According to index results published in December last year, South Africa improved from 108th position in 2011 to 69th in 2013. CAF Southern Africa’s chief executive, Colleen du Toit, says Mandela Day is an effective hook to get people to start volunteering. “We find that once someone has volunteered for the first time – even for just 67 minutes – they are very keen to make volunteering an ongoing aspect of their lives.”

She adds that it gets people out of their comfort zones and exposes them to different cultures, communities and even poverty. Once they see the living conditions of people less fortunate than themselves, people become keen to do charity work. “Giving and volunteering are important expressions of humanity. So at the emotional level the 67 minutes – particularly when associated with a universally beloved figure such as Mandela – is very valuable in terms of introducing people to some form of active citizenship.”

Despite South Africa’s improvement, Du Toit says South Africa’s index ranking is not accurate; the country is actually more generous than it suggests. “I don’t think the methodology of the index is suitable to multicultural countries. We are way more ahead as South Africa is a generous and giving society.”

The World Giving Index is based on Gallup’s World View World Poll that asks participants from 135 countries questions on different aspects of life, including giving behaviour. The aim of the index is to provide insight into the scope and nature of giving around the world. About 1 000 questionnaires are completed by a representative sample of individuals aged 15 and older. The survey considers three categories: helping a stranger, volunteering and donating money.

A nation of givers

Along with South Africa’s overall ranking on CAF’s index, the country is at 37th place in the helping a stranger category, 54th in volunteering and 100th in monetary donations.

But backing up Du Toit’s views, a study by the Human Sciences Research Council (HSRC) titled “Giving and Solidarity”, suggests South Africans are a lot more charitable and that the country is a “nation of givers”. Contributing authors David Everatt and Geetesh Solanki found that 54% of South Africans donated money, 31% gave goods to charities and other causes, and 17% volunteered their time.

For a more accurate reflection of South Africa’s generosity, CAF Southern Africa has planned a national study on individual giving and volunteering, says Du Toit. Funding has so far covered the study in Gauteng. It is based on literature reviews, face-to-face and telephonic interviews, and analyses. The foundation plans to do a similar study on employee volunteering next year.

Why South Africans are generous

With its range of cultures, the motivation South Africa has for giving differs from person to person, determined by religious, moral and ethical beliefs. In its Gauteng study, CAF Southern Africa found that most people gave because they believed they could make a difference. They are driven by a strong collective ethos called ubuntu, says Du Toit.

In a Business Day op-ed published in March, Du Toit wrote that with more than 26% of South Africans living below the food poverty line of R305 a month, the personal philanthropy of the more privileged classes often provided life-saving relief.

In the HSRC study, it was discovered that those who were affluent gave more money, while those with less money gave more of their time to charitable causes. Yet poor provinces were found to give more time and money than their richer counterparts. For instance, the Eastern Cape gave more money and time than Gauteng and the Free State.

While it is known what the upper and lower classes of society give, Du Toit says, it is not clear how generous middle class South Africans are. Despite the uncertain economy, she says this section of society can be encouraged to become volunteers and givers as they have disposable income and are successful in their professions.

To make a habit of giving, people need to be asked to do so because most will contribute to a cause in which they believe. Giving can also be increased once individuals experience the act of doing so. Du Toit says role models such as the Motsepes with their foundation and the former chief executive of AngoGold Ashanti, Bobby Godsell, with his active citizenry initiative, can do much to encourage people to give up their time and money for the needy.

According to the South African Institute for Advancement (Inyathelo), current income tax regulations require philanthropic foundations to distribute 75% of the money they generate within a year. This means they are unable to consolidate their capital, making it difficult to sustain themselves and provide ongoing funds for organisations they support.

However, giving may become easier after the government recently announced it would relax tax legislation for philanthropists and other grant makers whose donations significantly contribute to sustainable social change in South Africa. In his budget speech in February, former finance minister Pravin Gordhan said current regulations for philanthropists were “unduly restrictive”.

Include the poor in commerce

In her Business Day op-ed, Du Toit referred to Archbishop Emeritus Desmond Tutu, who recently said that the only way to achieve sustainable economic growth was to include the poor fully in the global system of commerce. This, she said, meant that if the government did its job properly, there would be no need for philanthropy.

But she adds that businesses also need to be brought in to help achieve economic equality. “Without urgent action to end prevailing inequalities, corporations will not have workers or customers, and inevitably their profitability will fail.”

The private and public sectors should start focusing their social responsibility initiatives more on systemic transformation and less on charity.

It also promotes participation among corporates and their employees. “[We] facilitate volunteering by matching the needs of host NGOs with the capabilities that exist among our corporate clients,” Du Toit explains.

The foundation is an independent not-for-profit organisation that focuses on the needs of countries in the region. It is a member of CAF International, which is based in the United Kingdom. As such, the regional body has access to the resources of the global organisation, and adopts the same value model.