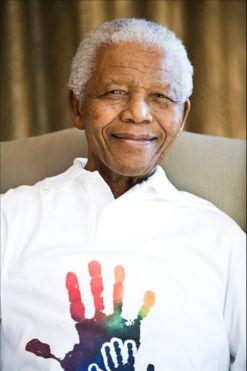 A new campaign to alleviate the
infrastructure backlog in primary
schools in poor communities across
the country will make a significant
contribution to fulfilling former
president Nelson Mandela’s dream
for every child in South Africa to
be educated.
(Image: Nelson Mandela Centre of Memory) 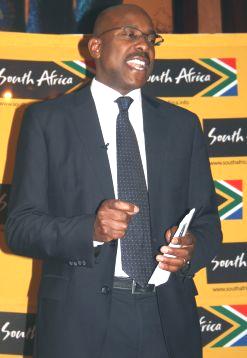 Brand South Africa CEO Miller Matola
said the project is a call to government,
business and civil society to get involved
in transforming education in the country.
(Image: Nicky Rehbock)

A new campaign to alleviate the infrastructure backlog in primary schools in poor communities across the country will make a significant contribution to fulfilling former president Nelson Mandela’s dream for every child in South Africa to be educated.

The primary objective of the 94+ Schools Project for Madiba is to celebrate Nelson Mandela’s 94th birthday by giving hope and dignity to children in at least 94 schools across South Africa, through improvements to school infrastructure.

The initiative was launched by the Department of Basic Education (DBE) in partnership with the Nelson Mandela Foundation ahead of this year’s Mandela Day, celebrated every year on the former statesman’s birthday, on 18 July.

Mandela Day was officially declared in 2009 by the UN as an annual international day in honour of the Nobel Peace Prize laureate. The aim of Mandela Day is to inspire individuals to take action to help make the world a better place.

At the launch, basic education minister Angie Motshekga said that the new project will change the lives of thousands of pupils across the country.

The department has identified 94 schools in all nine provinces in need of urgent infrastructure upgrades.

The children and teachers in some of these schools get by with less than the basics. Children are taught in mud structures and don’t have any sport facilities, any sanitation or running water.

“Former President Nelson Mandela’s 94th birthday presents the DBE with a rare opportunity to do good with our school infrastructure,” Motshekga said.

Basic education director-general Bobby Soobrayan said that with the project, the department wants to create an environment that is conducive to quality teaching, learning and improved performance in targeted schools.

“Public-private partnerships are one of the most effective ways to meet infrastructure backlogs,” Soobrayan said.

Motshekga said that Nelson Mandela forged invaluable partnerships with the private sector towards the building of schools, particularly in poor communities across South Africa – an initiative that the education sector can build on.

Creative solutions to a big problem

Brand South Africa CEO Miller Matola said the project is a call to government, business and civil society to get involved in transforming education in the country.

“We have to find new ways to build human capital in our country,” Matola said. “Our approach requires innovation and partnerships to deal with the challenges.”

The new campaign is a creative response to the enormous infrastructure challenges that impact negatively on the quality of teaching and learning in many South African schools.

Despite these achievements, there are still huge gaps in infrastructure provision such as a shortage of classrooms, laboratories and libraries; sanitation; replacement of mud, prefabricated and metal structures; inadequate maintenance leading to leaking roofs, broken windows and doors and sport facilities.

All South Africans can make a difference

The government has admitted that it cannot solve the problem alone, and appealed to all South Africans to lend a hand.

Motshekga said that with current budget allocations, it would take the department 30 years to clear the current backlog in infrastructure and maintenance.

Matola said that the initiative is much more than a corporate social investment project. “Our contribution to this project is leaving a legacy for our children.”

CEO of the Nelson Mandela Foundation, Achmat Dangor, said that infrastructure is just the beginning. “After that we have to make sure that our young people become the innovators that South Africa and the world needs,” he said.