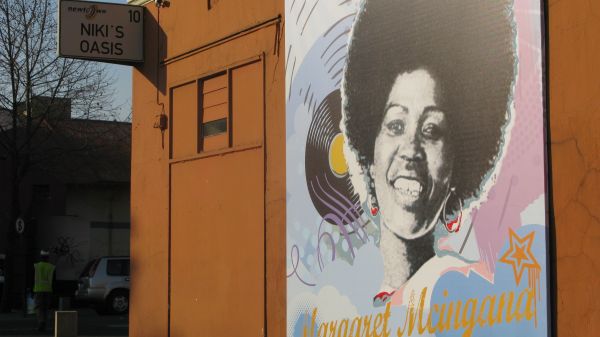 Nelson Mandela believed South Africa’s freedom would not be achieved if women remained oppressed. This Mandela’s Day presents a great opportunity to advance women’s rights by volunteering at a women’s shelter and even teaching children about women’s rights amongst other activities. (Image: Brand South Africa)

There is a common misconception that feminists are hysterical, man-hating women who burn their bras. But the reality is far different; in fact, one of the world’s greatest leaders, Nelson Mandela, was a passionate feminist. He believed fervently in the ideology’s core commitment to the social, economic and political equality of women.

When Mandela became South Africa’s first democratically elected president in 1994, he realised the dreams of millions of black South Africans for political and social equality. He took that dream one step further, when, at the opening of the first democratic parliament in 1994, he said: “Freedom cannot be achieved unless women have been emancipated from all forms of oppression… Our endeavours must be about the liberation of the woman, the emancipation of the man and the liberty of the child.”

In 1995, he ratified the United Nations Convention to End All Forms of Discrimination Against Women, which South Africa had signed in 1993. Ratifying a UN convention legally binds signatory countries to put its provisions into practice. This convention is often referred to as the International Bill of Rights for Women.

The rights of South African women of all races were enshrined in the country’s world-leading Constitution. Mandela signed the final draft on International Human Rights Day in December 1996. It states: “The state may not unfairly discriminate directly or indirectly against anyone on one or more grounds, including race, gender, sex, pregnancy, marital status, ethnic or social origin, colour, sexual orientation, age, disability, religion, conscience, belief, culture, language and birth.”

At the time, recognising the role of women in the struggle against apartheid, and as human beings in their own right, he said: “As a tribute to the legions of women who navigated the path of fighting for justice before us, we ought to imprint in the supreme law of the land, firm principles upholding the rights of women.”

The Constitution recognises the rights of women and gender equality, and underscores the rights of homosexuals and transgender South Africans to live lives free from discrimination.

Women in the struggle against apartheid

While the most visible heroes of the fight against apartheid were men like Mandela, South African women, when they rose up, did so in unprecedented numbers and made sure their voices were heard. As early as 1913, black women were protesting against laws that restricted their movements, while women of Indian descent took a stand against laws that would delegitimise their marriages performed under Hindu and Islamic rites. Black women again raised their voices against a government crackdown on home brewing of beer in the 1930s and 1940s.

But it wasn’t until 9 August 1956 that the entire world heard the voices of South Africa’s women. On that day, thousands of women of all races marched on the Union Buildings in Pretoria singing in isiXhosa: “Wathint’ abafazi, wathint’ imbokodo” (You strike the women, you strike a rock). Observers on the day estimated that between 10 000 and 20 000 women from across the country gathered to present their objection to the pass laws, which had been extended to include women. These laws severely restricted the freedom of movement of black South Africans; broke up families and created chronic economic hardship, especially for black women.

The protest, disciplined and inclusive, shattered the myth that women were politically immature or inept, and in his autobiography, Long Walk to Freedom, Mandela described the marchers as “courageous, persistent, enthusiastic, indefatigable and their protest against passes set a standard for anti-government protest that was never equalled”. He honoured the Women’s March participants by declaring the day of the protest – which had been unofficially declared Women’s Day by the Federation of South African Women – an annual public holiday.

Walking the talk on women’s rights

Madiba did not just talk the talk; he actively promoted women into his cabinet, and today South Africa’s parliament is one of the most representative in the world. Women make up 44% of the cabinet, not far off from the government’s goal to reach 50-50 gender parity by 2015. Female representation in parliament jumped from just 2.7% during apartheid, to 27% after 1994.

Continuing the fight for women’s rights

After retiring from public office in 1999, Mandela, as a global statesman, continued to advocate for women’s rights. In 2006, he received Amnesty International’s Ambassador of Conscience Award, which recognises leaders who advance human rights. On receiving it, he said: “Women and girls need safe environments to learn and to work. At the moment, discrimination and violence exacerbate their lack of access to the very tools they need to make their own rights a reality. If girls do not have a safe and non-discriminatory environment to pursue education or gain employment, the consequences reverberate throughout their lives, denying them the choice and freedom we take for granted.”

Mandela’s actions brought women’s rights in South Africa a long way from the days only white women were granted the right to vote under the Women’s Enfranchisement Act of 1930. But while women’s rights are ensured on paper, in reality – much like in the rest of the world – they remain difficult to claim in everyday life. Attitudes about women’s supposed inferiority run deep in virtually all the world’s cultures and women’s rights organisations work continuously to raise awareness that women’s rights are truly human rights.

International Nelson Mandela Day is a great opportunity to join in the struggle to advance women’s rights by raising awareness of how discrimination and violence against women and children negatively affect society. Consider volunteering at an organisation – the Southern African NGO Network, or SangoNet, has a list of groups that work in the fields of women’s rights and gender rights – or try out these activities: