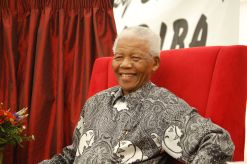 The fund indicates on its website that it “strives to change the way society treats its children and youth. This long-term vision captures the central role society plays in shaping children’s lives.” Its mission is to “give voice and dignity to the African child by building a rights-based movement”.

It comes from the premise that no child should ever experience hunger, abuse, exploitation and homelessness. It means that poverty and its causes have to be eradicated, not just ameliorated. “The belief [is] that it is possible to have a world where children live with dignity, are safe, nurtured and their voices heard and that the transformation needed to create such a world needs every part of society to play its role.”

Mandela established the NMCF in 1995. Between 1996 and 1998, over R36-million (US$3.7-million) was raised. This funded over 780 projects, given in grants to promote a humanitarian response to the needs of South Africa’s children and youth. This money was dispensed as a one-off injection, enabling families to meet their immediate needs, or organisations involved in children to pay for salaries and overhead costs.

But it was soon realised that this benevolent approach did not encourage community involvement, or long-term organisational goals. Research was conducted, establishing where there were policy gaps in national and regional policies on children and youth. The result was the launch, in 2000, of the Sakha Ikusasa strategy, with a new five-year approach. The NMCF switched to becoming a funding and development agency which “seeks to change the ways in which society treats its children and youth in order to improve their conditions and lives”.

The new approach took the stance that “children were not only seen but heard”, in which platforms were created to give children the opportunity to raise and articulate issues themselves. “Communities began to appreciate that it is in the best interest of the child that they should be in families rather than in shelters,” explains the fund’s corporate communications head, Oupa Ngwenya.

A commitment was made to apply a holistic approach that treats children as part of families and communities. “Children, youth and communities must participate in making decisions that affect their lives,” indicates the website.

The fund began the Sport for Good programme “to promote and facilitate the realisation of an environment conducive for the well-being of children and young people using sports”.

Even though the programme has not yet fully been realised, he adds, it has been used in seven countries, including Swaziland.

Youth for Change provides direct services to children and their caregivers, a safe parks after school care programme, a gogo, or grandmother, programme that supports grandmothers who care for orphans, and a programme that encourages young people to meet and discuss issues that affect them.

It also involves dialogues and dedicated children’s parliaments. “Declarations coming out of these parliaments are deposited with the Department for Women, Children and People with Disabilities … to further table with colleagues for appropriate response and action,” explains Ngwenya.

Children, youth and their families living in conditions that lead to vulnerability are supported by the Goelama programme.

It was originally formed by a group of mothers in Nyanga in Cape Town who were concerned about children who were unable to attend early childhood development centres because of poverty. The result was the Etafeni Day Care Centre, providing for orphans and child-headed households.

The emphasis these days is about “emergency response in the immediate and then integration of children into an appropriate setting”, Ngwenya says.

The fund inaugurated the Nelson Mandela Children’s Parliament in July 2011, aimed at youth between 12 and 22. It was a response to a call by children to hold each other accountable, and issues like their right to safety and security, the right to life and basic health and the right to education, were raised.

Its aim is to provide a platform for youth from seven Southern African countries to “reflect on issues of leadership and civic participation in promoting the vision of an African child through dialogue”. It also seeks to celebrate African leadership and to promote human rights and democratic principles in advancing the lives of the youth in Africa.

“The Children’s Parliament provides open and meaningful opportunities for children to participate in local, national and international democratic processes, raising their issues in a manner that is easy and does not intimidate them,” indicates the website. “The Children’s Parliament gives all children, regardless of their background, a space to discuss issues as peers and share ideas on issues of common interest and make citizenship a reality.”

There are three children’s facilities in Johannesburg – at Chris Hani Baragwanath, at Johannesburg Charlotte Maxeke, and at Raheema Moosa Mother and Child hospitals. The long-established Children’s Red Cross Hospital in Cape Town is simply not able to cope with South Africa’s needs, or with the needs of the Southern African Development Community.

Besides the Cape Town hospital, there are only three other specialised children’s hospitals in Africa – two in Egypt and one in Nairobi.

A site for the planned hospital has been found on Wits University’s Education Campus in Parktown. It will be a 200-bed, eight-theatre hospital with state-of-the-art diagnostic capabilities. Future plans involve an expansion to 300 beds. Some 655 staff will be employed, including specialist doctors and nurses.

It will have the following specialities: haematology and oncology; cardiology and cardiothoracic; surgery; neurosciences; renal; endocrine; craniofacial; and paediatric surgery. There will also be infectious disease specialists, like HIV and TB. It is expected to cost R1-billion ($102 000), and so far R250-million ($25.4-million) has been raised. Construction is expected to begin in August this year, and it is hoped to admit the first patients in October 2015.

In June, two South Africans, Stan and Sally Hannath, set off on a fundraising drive for the hospital. Starting in Norway, they will drive 28 000km to their home in Cape Town. They will travel through 27 countries, taking four months. They have already travelled 5 700km, crossing Germany, Sweden and Estonia.

They have called their initiative cape2cape4kids. They are hoping to R280 000 or R10 for every kilometre travelled.

The Nelson Mandela Centre of Memory aims to “contribute to the making of a just society by keeping alive the legacy of Nelson Mandela, providing an integrated public information resource on his life and times, and by convening dialogue around critical social issues”. It is guided by the noble aim of creating a “society which remembers its pasts, listens to all its voices, and pursues social justice”.

Through the centre, people around the world can access resources documenting the life and times of the leader. It locates relevant documents and ensures their preservation. It collects and curates his personal archive. It promotes public access to these resources and arranges dialogue around them. And, most importantly, it ensures that any initiatives that wish to take his name are true to his legacy.

To ensure that South Africans and others around the world have access to its resources, the centre undertakes outreach programmes, which include travelling exhibitions, books, comic series and internships. Through its web portal and digitisation, it ensures broad access to its extensive resources. It also facilitates research inquiries it receives from institutions and individuals.

“We believe that the vehicle for sharing this effectively, for growing it, and for engaging it in the promotion of justice, is dialogue,” the centre indicates on its website. “We actively open our work – on the life and times of Mr Nelson Mandela, the events and the people he influenced or was influenced by – to debate and discussion. And we draw on this in convening dialogue on critical social issues that present a threat to justice in society.” 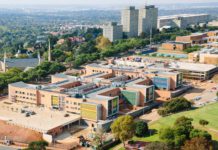