From New York and Paris to Tamboerskloof in Cape Town, graffiti artists across the world have paid tribute to the legacy of Nelson Mandela on buildings, walls and bus stops. In celebration of Mandela Month, we bring you a selection. 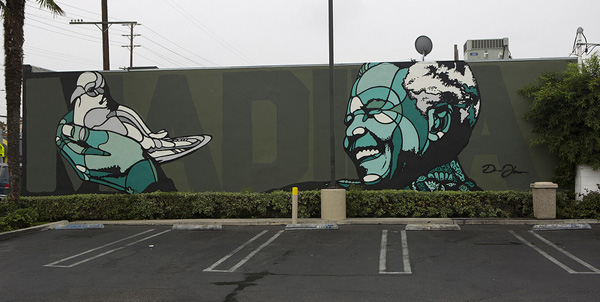 A mural by well-known artist David Flores in Venice Beach, Los Angeles, as part of the Branded Arts initiative. Image via Springleap. 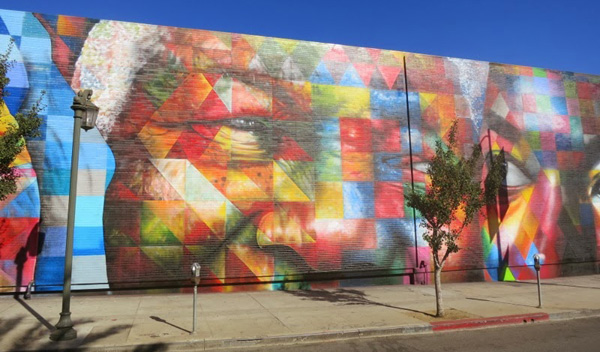 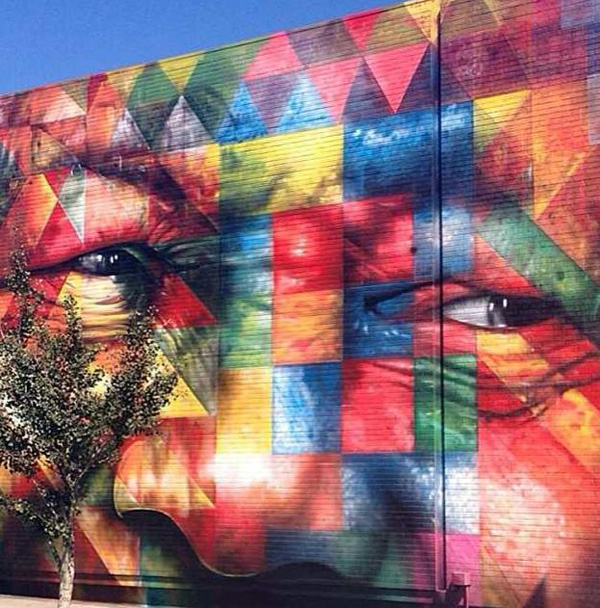 A close-up of Eduardo Kobra’s Mandela in Los Angeles. 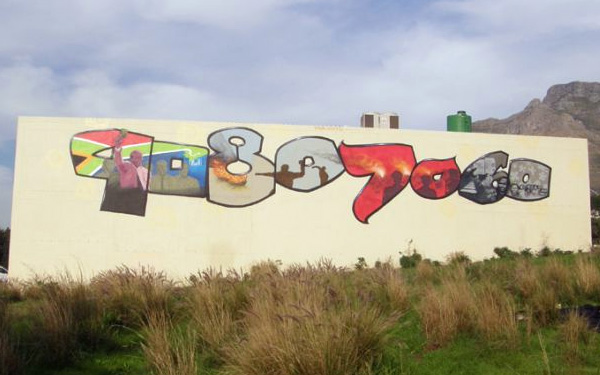 The freedom mural by celebrated Cape Town graffiti artist Mak1one shows South Africa’s journey to democracy over the decades, from the 1960s to the 1990s. 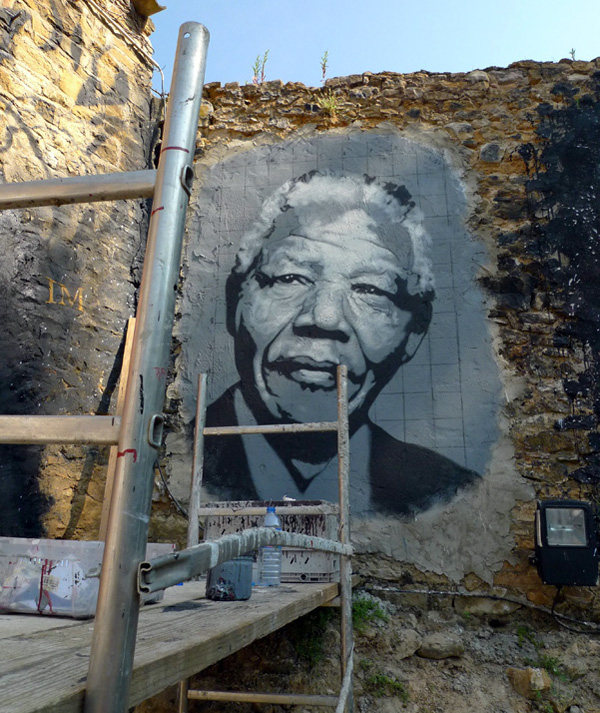 Portrait of Mandela on the wall of a ruin in St Romain, Rhone-Alpes, France. Photo by Thierry Ehrmann. 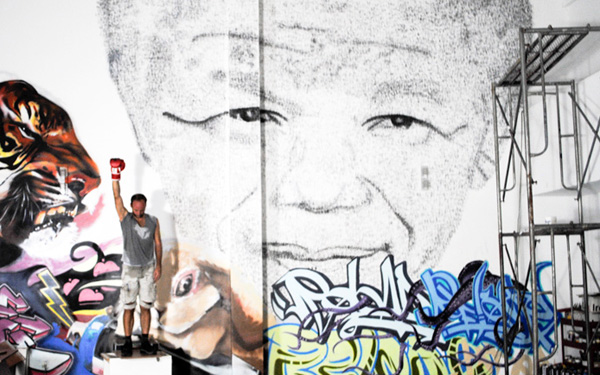 Artist Phil Akashi paid tribute to Mandela in Shanghai in 2013 by attaching a seal with the Chinese characters 自由 (meaning “freedom”) to a boxing glove, and punching out a monumental mural with 27 000 blows. 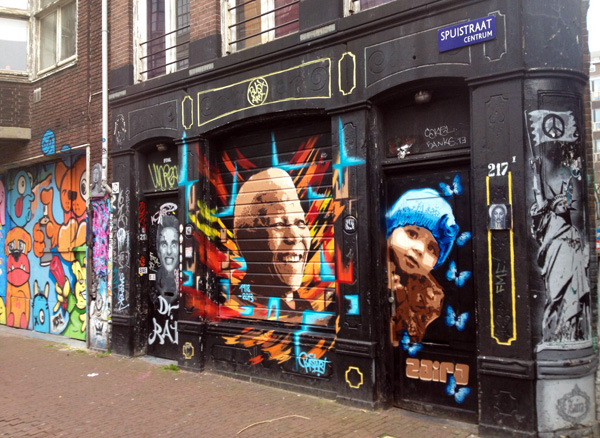 On a wall in Spuistraat in central Amsterdam, the Netherlands. Image via Global Graphica. 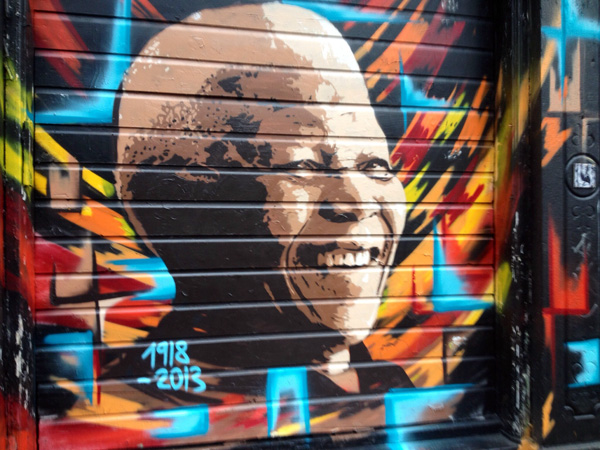 A close-up of the Amsterdam portrait. Image via Global Graphica. 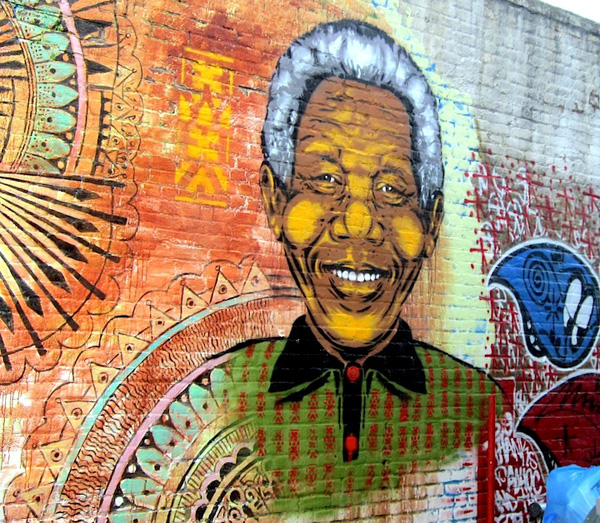 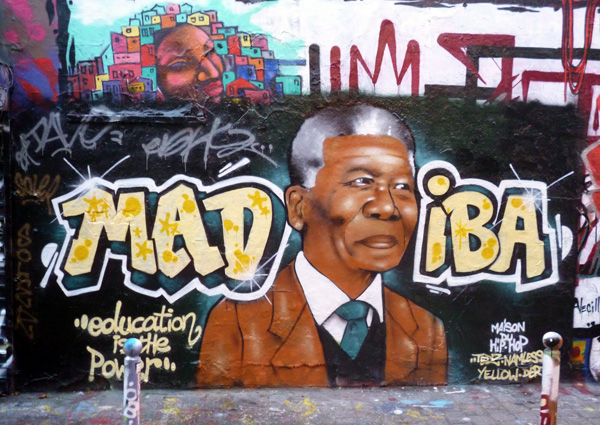 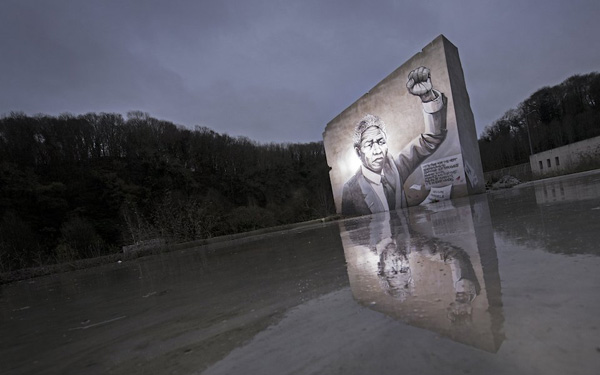 A tribute to Mandela by graffiti artist Pakone in Brest, France. Photo by Mathieu le Gall, via Street Art Utopia. 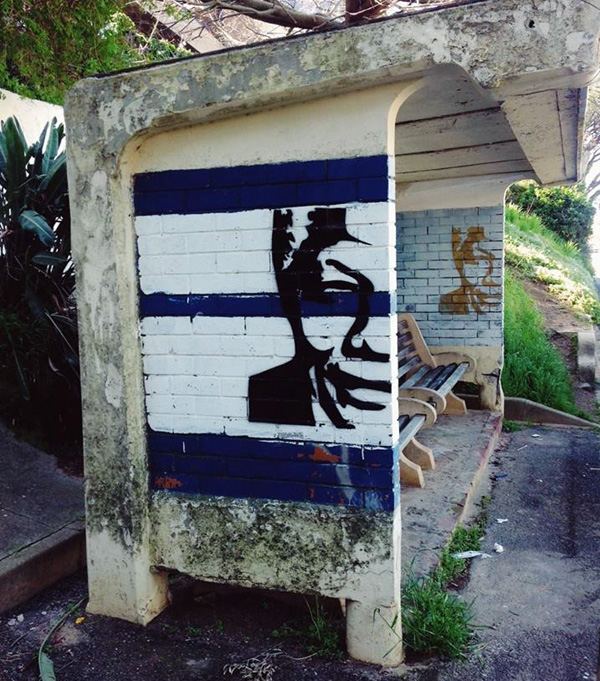 Madiba on a bus stop in Tamboerskloof in Cape Town, by street artist Tennille Pillemer. 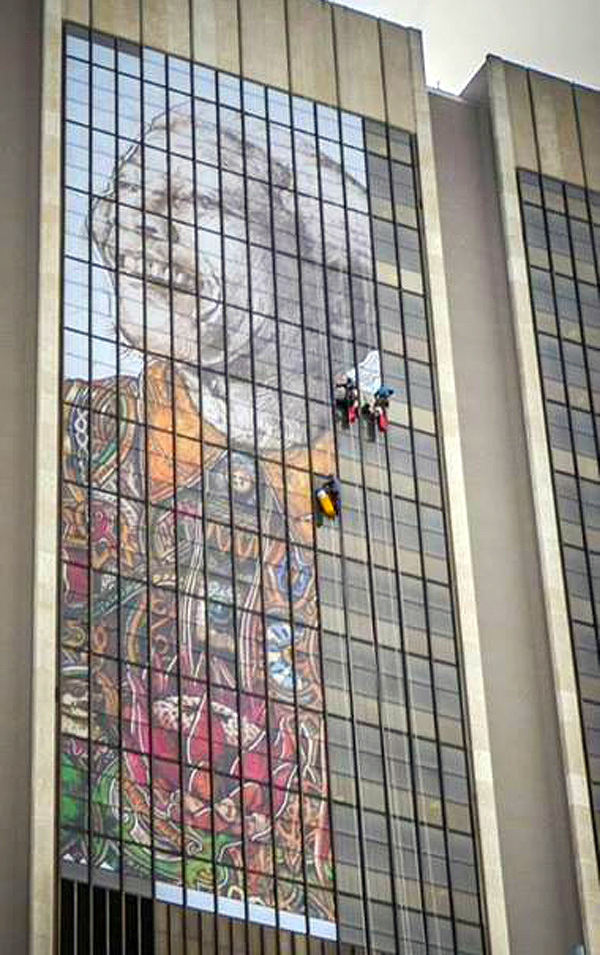 Unfurling a massive Mandela on the Civic Centre building in the Cape Town CBD. Artwork by Linsey Levendall; photo by Lisa Burnell. 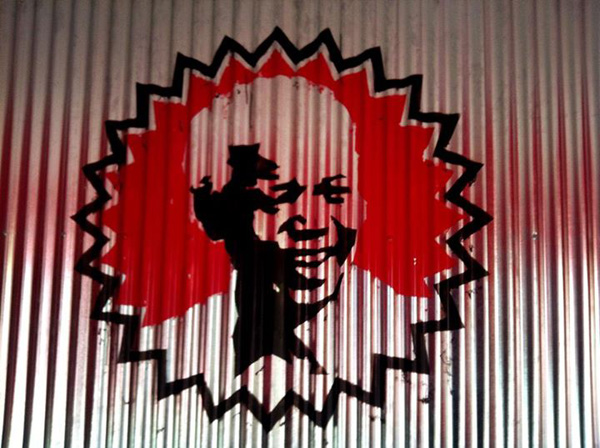