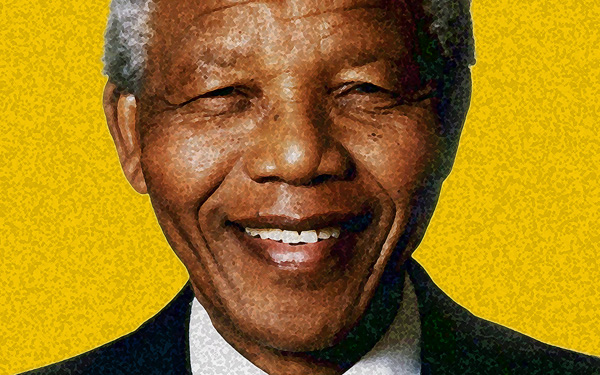 The world was incredibly inspired by Mandela’s commitment to humanity. He taught the world to be compassionate and caring; his commitment to life, justice and fairness has left us a legacy. We need to all play our part and look out for the interests of the most vulnerable in our society.

There were four basic and primary things for which most people wished to live, Nelson Mandela said, showing his characteristic insight into the human condition: “to live in a safe environment, to be able to work and provide for themselves, to have access to good public health, and to have sound educational opportunities for their children”.

His legacy will live on for generations to come. He inspired millions of people across the world to forgive, and to work for the common good. A kind, gentle spirit, he wanted children to play in the sun and experience a life of abundant joy and happiness. In his desire for equality and justice, Madiba inspired individuals to be become socially conscious, and to be concerned about the less fortunate.

He spent his life working towards these aims, and in leading the first democratically led government in South Africa, he prioritised development through the Reconstruction and Development Programme (RDP). The focus was on redistribution of wealth, and the provision of health, education, and social services, as well as the provision of water, sanitation and housing.

In 1996, children under six years of age and pregnant women were given free access to health care at the point of care in the public sector. In 1998, this expanded to include people with disabilities. The social security system was extended, and more poor children and women were able to access social support as well as cash transfers. Today, over 16 million needy South Africans have access to social assistance – just one of the many legacies of Madiba.

The impact of HIV and Aids on citizens of his beloved country was another issue Mandela tackled. When others were silent about the disease, he announced that his son, Makgatho, died from HIV and asked all South Africans not to hide the disease but to treat it like any other sickness. Mandela called for publicity to be given to HIV/Aids, saying that this was the only way for the disease to be recognised as a “normal illness, like tuberculosis, like cancer”.

And since being established, the Nelson Mandela Foundation has developed and implemented programmes on HIV, in particular community dialogues about the virus.

He regularly raised his concerns. Speaking at the 14th International Aids Conference in Paris in 2003, Mandela said that a “tragedy of unprecedented proportions” was unfolding in Africa. “Aids today in Africa is claiming more lives than the sum total of all wars, famines and floods, and the ravages of such deadly diseases as malaria… We must act now for the sake of the world… Aids is no longer a disease, it is a human rights issue.”

The battle against HIV/Aids was central to Mandela’s mission and he was the driving force behind 46664, a worldwide campaign to raise global awareness about HIV/Aids and raise funds to fight the pandemic in Africa, named for his prisoner number.

At a concert in London celebrating his 90th birthday, Mandela told the Wembley Stadium audience: “Even as we celebrate, let us remind ourselves that our work is far from complete. Where there is poverty and sickness, including Aids, where human beings are being oppressed, there is more work to be done… Our work is for freedom for all… It’s time for new hands to lift the burdens. It’s in your hands now.”

The 46664 campaign has broadened its approach to heed Mandela’s call, taking up issues of social injustice and to ensure his humanitarian legacy.

It will honour Mandela’s life-long commitment to children. In his words, this hospital will be a “credible demonstration of the commitment of African leaders to place the rights of children at the forefront”. The spirit of Madiba will be there to ensure that the hospital is indeed the world-class facility he wanted it to be, to serve the children of Africa.

On 20 March, the trust officially celebrated the start of construction of the Nelson Mandela Children’s Hospital at a sod-turning ceremony in Parktown, Johannesburg. Speaking at the event, Sibongile Mkhabela, chief executive of the trust, said: “After years of fundraising under difficult economic conditions we are proud to announce that we have raised R570-million, enabling us to break ground and start building the hospital.”

The hospital, on the grounds of Wits University and near Charlotte Maxeke Johannesburg Hospital, will open in March 2016. “There can be no keener revelation of a society’s soul than the way in which it treats its children,” Mandela said.

Moving forward with a vision for 2030, the National Development Plan has a focus on health care and health issues. The country’s health challenges are more than medical; behaviour and lifestyle also contribute to ill-health. The vision of a health system that works for everyone and produces positive health outcomes is not out of reach. It is possible to: raise the life expectancy of South Africans to at least 70 years; ensure that the generation of under-20s is largely free of HIV; significantly reduce the burden of disease; achieve an infant mortality rate of less than 20 deaths per thousand live births, including an under-five mortality rate of less than 30 per thousand.

The Ministry of Health is embarking on massive reform to achieve these aims, covering health systems, personnel and financing, among others, and is going ahead with implementing the National Health Insurance plan.

The world was incredibly inspired by Mandela’s commitment to humanity. He taught the world to be compassionate and caring; his commitment to life, justice and fairness has left us a legacy. We need to all play our part and look out for the interests of the most vulnerable in our society.