Fifty years ago, on 13 June 1964, Nelson Mandela arrived on Robben Island to start serving his life sentence for sabotage. But it was not his first time on the island. 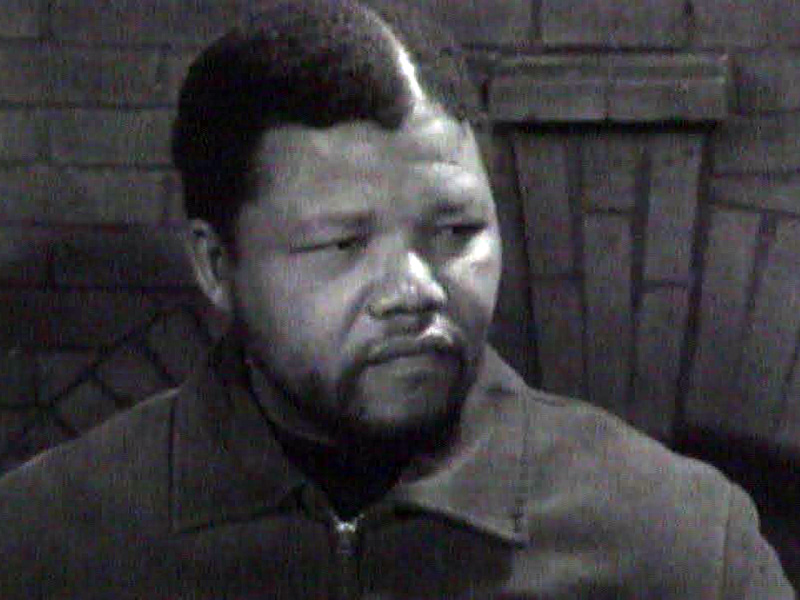 In May 1963 – six months into a five-year prison sentence for leaving South Africa without a passport and inciting a strike – he was transferred from Pretoria Local Prison to the island.

He was part of a group of four political prisoners taken there from Pretoria. The others were Stephen Tefu, John Kgaitsiwe and Aaron Molete.

Almost from the start, he had verbal altercations with prison warders, one of whom almost assaulted him. “I say, ‘You dare touch me, I will take you to the highest court in this land and by the time I’m finished with you, you will be as poor as a church mouse.’ And he stopped,” Mandela said later when recounting the story.

“I was frightened; it was not because I was courageous, but one had to put up a front and so he stopped.”

That story demonstrates the attitude Mandela took in coping with life in prison: “I believe the way in which you will be treated by the prison authorities depends on your demeanour, and you must fight that battle and win it on the very first day.”

Mandela’s first incarceration on Robben Island lasted only two weeks. On 12 June 1963, without any warning, he was returned to Pretoria, almost a full month before the raid on Liliesleaf Farm in Rivonia during which a group of his key comrades was arrested.

Mandela and others arrested elsewhere were joined in one trial and charged with sabotage. This became known as the Rivonia Trial. When the eight-month trial ended on 12 June 1964, Mandela and seven others were sentenced to life imprisonment.

Around midnight, hours after their sentencing on 12 June 1964, Mandela, Walter Sisulu, Ahmed Kathrada, Govan Mbeki, Raymond Mhlaba, Elias Motsoaledi and Andrew Mlangeni were flown to Robben Island. Dennis Goldberg was separated from them because he was white, and sent to serve his sentence in Pretoria.

Mandela was to remain on the Island until 31 March 1982, when he was transferred to Pollsmoor Prison in Cape Town along with Sisulu, Mhlaba and Mlangeni. Kathrada joined them there in October.

On 7 December 1988 he was transferred to Victor Verster Prison, between Paarl and Franschhoek, where he remained for the next 14 months before he was released.