The bell from the ill-fated SS Mendi, the ship that took more than 600 South Africans to their watery graves, has surfaced.

In a scenario that’s akin to the plot of a historical thriller, BBC reporter Steve Humphrey received an anonymous phone call instructing him to be at Swanage Pier in England in the early morning of 15 June 2017.

There, Humphrey found a large bell, with the word “Mendi” on it. It was sealed in a plastic bag.

The bell is believed to originate from the SS Mendi, the ill-fated ship that sank off the Isle of Wight in 1917 and more than 600 men from the South African Native Labour Corps (SANLC) lost their lives. They were on their way to France to help Britain in World War 1. This year, South Africa marked the centenary of the tragedy.

Maritime archaeologist John Gribble told the BBC the bell was most likely genuine.

“The bell has never been reported found, but given the extent to which the site was stripped of non-ferrous metals in the past I’d be very surprised if the bell was still on the wreck,” Gribble said.

“The bell looks right. It’s the right sort of size for a bell of that period.”

Its importance to South Africa

South Africa’s interest in the SS Mendi arises from the fact that it was the country’s worst maritime disaster of the 20th century, wrote Kathy Munro, an honorary associate professor at the University of the Witwatersrand, on the Heritage Portal website.

“We have remembered the men of the Mendi in wreath-laying ceremonies, in the refurbishing of old memorials and the installation of new ones.” There were commemorations in South Africa, France, and Britain earlier this year.

In 1995, Queen Elizabeth II and Nelson Mandela unveiled a memorial to the Mendi victims in Soweto.

Munro said the wreck of the ship was first discovered by Martin Woodward in 1974. He founded a museum, Arreton Shipwreck Centre (formerly the Bembridge Maritime Museum), where numerous objects from the Mendi were put on display. “Visitors can view the brass bridge telegraph, a porthole, a wheel boss, engine parts, and a brass saloon window amongst other objects.”

But Munro noted that many divers did not treat the artefacts with such respect. “Other divers it would seem were far less scrupulous than Woodward,” she wrote. “Following its identification, the Mendi wreck became a recreational dive site and the location was included in various wreck catalogues and dive guides to the south coast of England.”

“If I handed it in myself it might not go to the rightful place,” reads a note that was left with the bell, addressed to the BBC’s Humphrey. “This needs to be sorted out before I pass away as it could get lost.”

The author did not provide his or her identification.

Munro said the letter was strange, describing it as “something of a confession and redemption of a troubled conscience… an anonymous person wishes to return an item that he clearly considers belongs elsewhere before departing this life.”

The bell has been moved to Southampton’s museum service for now, and will go on display at the SeaCity Museum, also in Southampton. No decision has been reached regarding its final destination, but the South African government has been informed because it is attempting to recover artefacts from the ship.

Sources: BBC and The Heritage Portal 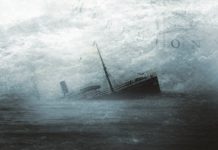 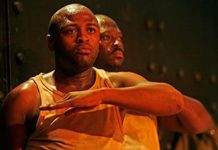 SS Mendi tragedy on stage at the Soweto Theatre 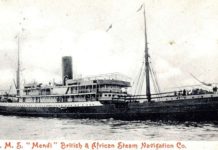