Words and pictures by Shamin Chibba

Hundreds gathered at the Nasrec Expo Centre in Johannesburg to celebrate the last of South Africa’s Freedom Fridays on 25 January. The campaign encouraged all South Africans to display their patriotism and pride by wearing anything resembling the colours of the national flag or the jersey of their favourite national sports team.

Hosted by the Department of Arts and Culture, Government Communication and Information System, Lead SA and Proudly South African, the event attracted celebrities like Yvonne Chaka Chaka and Daniel Baron, as well as media and even schoolchildren.

Speaking at the event, Proudly South African chief executive, Leslie Sedibe, reminded the crowd that the freedom that the country was celebrating did not come for free. He added that great strides had been made over the past 20 years and it was important for everyone to collectively celebrate and vote regardless of which political party one supports.

Keeping in line with the 2014 Freedom Month theme, “South Africa – a Better Place to live in. We have a good story to tell”, Lead SA chief executive, Yusuf Abramjee, said all citizens should practice their democratic rights while continuing to share the South African story.

Click on the images below for a larger view. 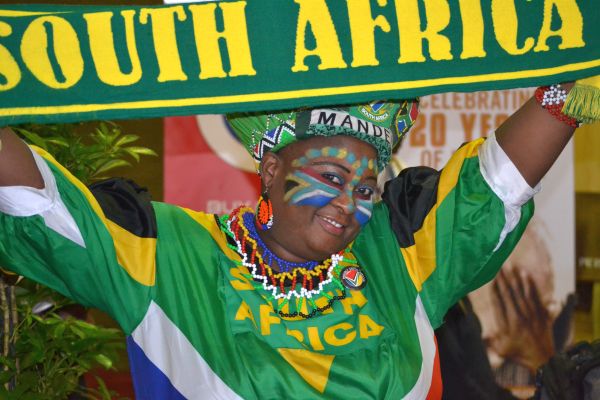 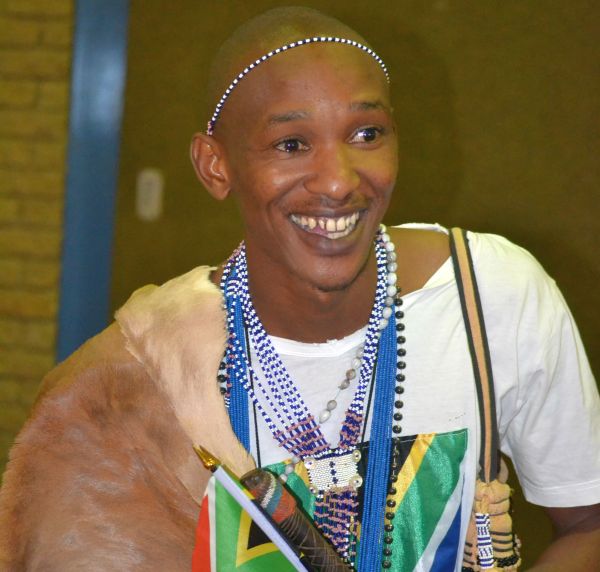 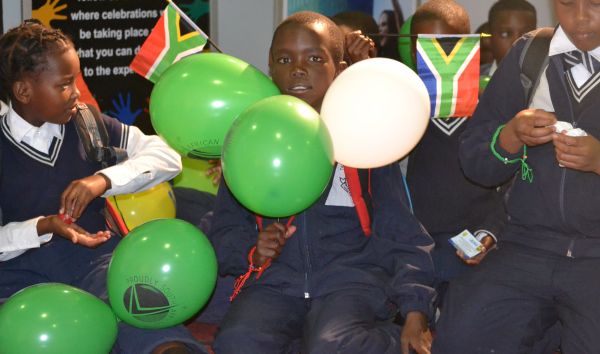 The Freedom Friday campaign was geared at reminding South Africans, especially young people, of where we come from as a nation and that the freedom we live with should be defended. 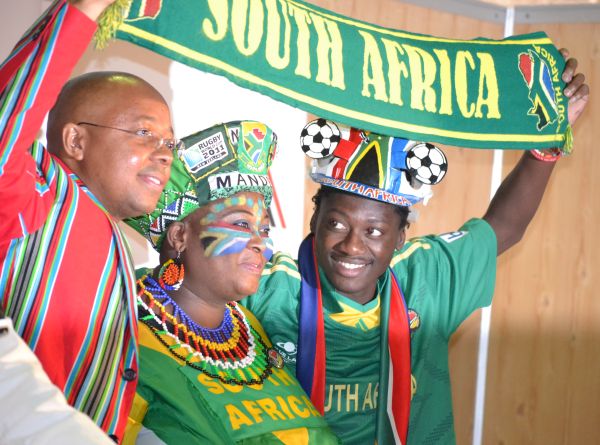 Proudly South African chief executive Leslie Sedibe, left, said the freedom we gained did not come for free and that it was important for everyone to celebrate it. 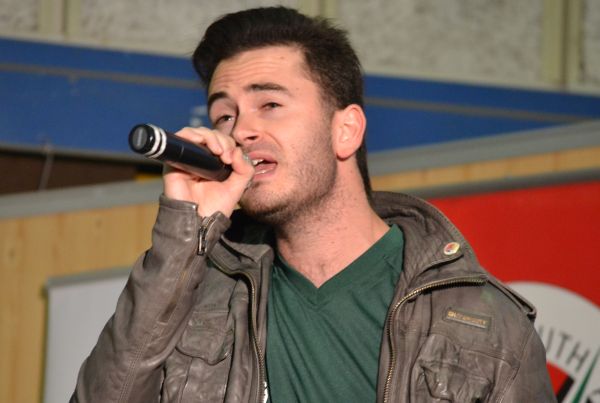 Singer/songwriter, Daniel Baron, sung one of his biggest hits titled Not Here at the Final Freedom Fridays celebrations. 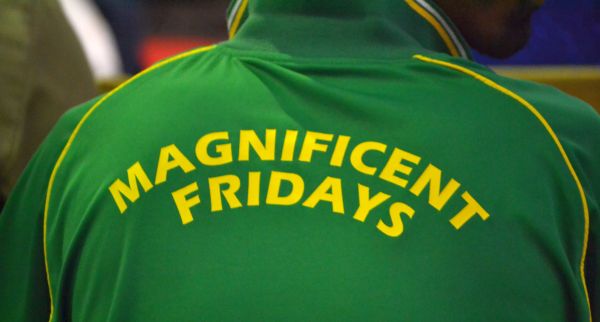 Freedom Fridays are celebrated in the lead up to Freedom Day on 27 April, which is observed annually to commemorate South Africa’s first non-racial democratic elections in 1994. 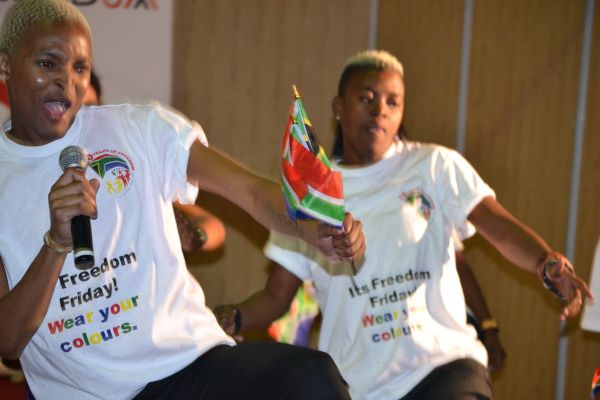 Freedom Dancers urged the crowd to join them as they looked to end Freedom Fridays with song and dance. 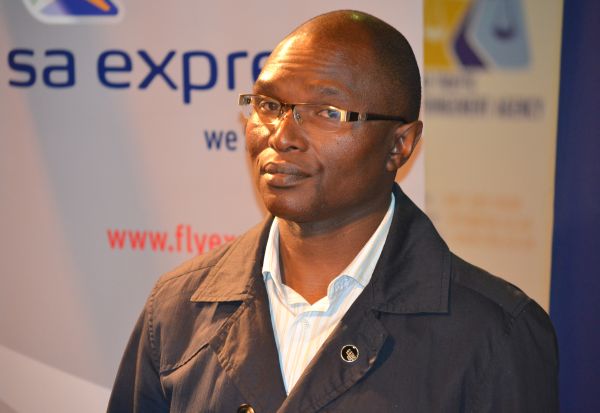 Bulelani Magwanishe, deputy minister of Public Enterprises, was not only at the celebrations but was also promoting government’s major services. 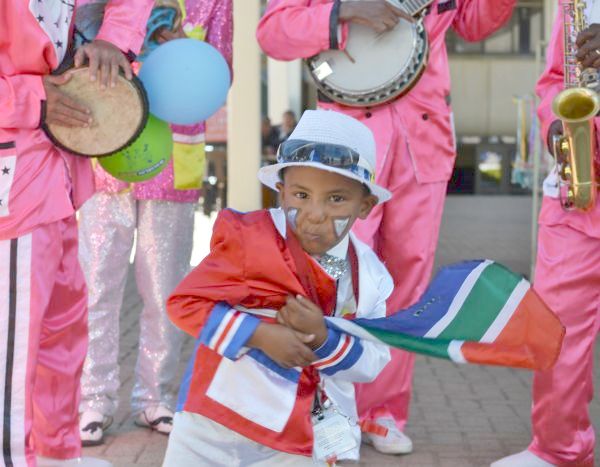 A mascot for a Cape minstrel band, wearing the colourful attire typical of the minstrels, proudly waved his South African flag at the Freedom Fridays celebrations. 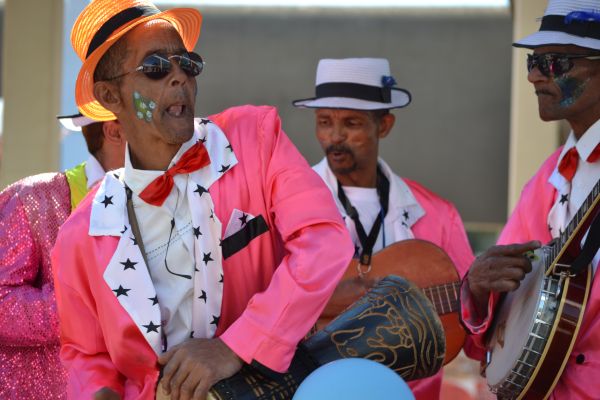 Cape minstrels were at the Nasrec Expo Centre playing their carnival music to an appreciative crowd. They are a major feature at the Cape Minstrel Carnival held in Cape Town every 2 January. 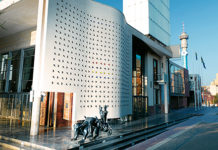 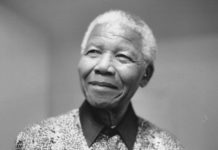 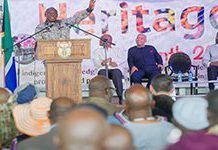