Many people did their bit, big or small, to ensure the demise of apartheid. The names of struggle stalwarts such as Oliver Tambo, Nelson Mandela and more are well known, but what about others? We take a look at some of these people, whose contribution to freedom you might not know.

There was a plethora of people who contributed to South Africa’s freedom. Besides well-known freedom fighters such as Nelson Mandela, Ahmed Kathrada and Walter Sisulu, other young people left their mark on the liberation struggle too.

These unsung heroes often were left with no choice but to go into exile, leaving loved ones behind, simply to avoid persecution; or they were imprisoned.

We take a look at a few of these names, people who you might not have heard of but who also worked for the freedom and democracy everyone enjoys today — the same freedom that comes with a sense of responsibility.

At the age of 26, it was the 1956 Treason Trial that put Laloo Chiba on a political path. He first became a member of the Transvaal Indian Congress and by 1959, he had joined the South African Communist Party.

He joined uMkhonto we Sizwe (MK), the armed wing of the ANC, and quickly moved up the ranks, becoming a platoon commander in 1962.

Chiba’s trial in the mid-1960s became known as “Little Rivonia” because his was the second MK High Command arrest. He was imprisoned on Robben Island for 18 years.

Watch Chiba talk about his arrival on Robben Island:

When he was released in 1982, Chiba became a member of the United Democratic Front (UDF) but also worked with the ANC.

He was elected an ANC Member of Parliament in the first and second democratic elections in 1994 and 1999 respectively.

“In 2004, Chiba was conferred with the Order of Luthuli in Silver for his lifetime contribution to the struggle for a non-racial, non-sexist, just and democratic South Africa,” reads South African History online.

Born to an Ethiopian father and coloured mother in 1919 in Vrededorp, in Johannesburg, Peter Abrahams’ mixed race influenced his writing throughout his life.

He was an avid reader as a child, prompting a career choice as an author. He often wrote about race in South Africa, speaking out against the institution of apartheid.

As an adult, he lived in France, the UK and Jamaica. This highlighted even more so the appalling race relations in South Africa.

In 1946, his novel, Mine Boy, became the first book to be published internationally by a black South African writer.

The book was about the brutality of urban migration and the inherent labour discrimination in South Africa. It also highlighted the difficult living conditions of migrant workers.

“I am emotionally involved in South Africa,” Abrahams said in 1957. “If I am ever liberated from this bondage of racialism, there are some things much more exciting to me, objectively, to write about. But this world has such a social orientation, and I am involved in this world and I can’t cut myself off.”

Abrahams never returned to live in his country of birth, even following the arrival of democracy. But when he spoke to Caribbean Beat magazine in 2003, he said: “I became a whole person when I finally put away the exile’s little packed suitcase.

“When Mandela came out of jail and when apartheid ended, I ceased to have this burden of South Africa. I shed it.”
He lived in Jamaica until his death on 18 January 2017.

Dorothy Adams was born in 1928 in Wellington, some 70km outside Cape Town. Her father worked in a factory and her mother was a cook. Both were heavily involved in the African Methodist Episcopal Church and religion played a huge role in Adams’ childhood.

She completed basic training to become a teacher when she was 17.

According to South African History online, Adams became disillusioned with the church because “the apartheid government introduced the Group Areas Act through the church”. She felt the church should have done more to reject segregation.

The young Adams turned to politics and joined the Teachers’ League of South Africa (TLSA), Non-European Unity Movement, and the National Liberation Front.

While teaching in September 1963, at the age of 35, she was arrested for sabotage and detained under the 90 Day Detention Law. She was released in November. Despite the arrest, she refused to testify against her 11 co-accused, who were also members of the TLSA.

Adams was given a five-year banning order in 1964, which meant she could not talk to more than one person at a time, unless it was in her own home, and she could not travel within and outside the country without government permission. This made it difficult for her to work.

Her name is Dorothy Adams, a teacher and activist, member of the Unity Movement and the National Liberation… http://t.co/QxyRlFcG

With help from a religious organisation, Quakers, she got a British work permit and went into exile. By 1976, she had gained British citizenship.

While working at the University of London’s Institute of Commonwealth Studies, she and fellow anti-apartheid activist Albie Sachs started researching the drawing up of a new constitution for a democratic South Africa.

Adams returned to South Africa in 1991 with her husband, Frank Williams, and found a job at the University of the Western Cape for the Truth and Reconciliation Commission.

“In 1999, Dorothy and Frank moved back to Wellington, the first mixed-race couple to live on the street that once marked the divide between white and non-white Wellingtonians,” wrote her son, Clifford Williams, in an obituary in The Guardian. Adams passed away in May 2011.

The death of her anti-apartheid activist husband, Griffiths Mxenge, prompted Victoria to join the legal practice he had established.

She intervened in cases in which young people were ill-treated in prisons and was part of the defence team in the 1984 treason trial of leaders of the UDF and the Natal Indian Congress in the Pietermaritzburg Supreme Court.

Mxenge started a bursary fund in memory of her husband, recounts South African History Online. She became a member of the Release Nelson Mandela Committee, the National Organisation of Women and the Natal Treasurer of the UDF.

South African anti-apartheid activist Victoria Mxenge was a key member of the United Democratic Front & the Natal Organisation of Women.

In 1985, when Mxenge 43 years old, she was attacked and murdered at her home in Durban.

During Women’s Month 2016, we commemorate the life of Victoria Mxenge, assassinated on the 1 August 1985 pic.twitter.com/bGLtVOT6Sb

In 2006, Mxenge was posthumously conferred the national order of the Order of Luthuli in Silver for her contribution to the field of law and her sacrifices made in the fight against apartheid.

The Order of Luthuli is given to South Africans who have made a meaningful contribution to the struggle for democracy, human rights, nation-building, justice and peace, and conflict resolution. 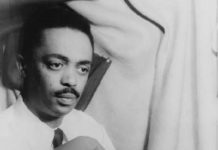