One of the triumphs of 20 years of democracy is that ordinary South Africans – of all races, irrespective of wealth, class or social standing – can now stand before an independent and transformed judiciary, writes former Constitutional Court judge Yvonne Mokgoro. 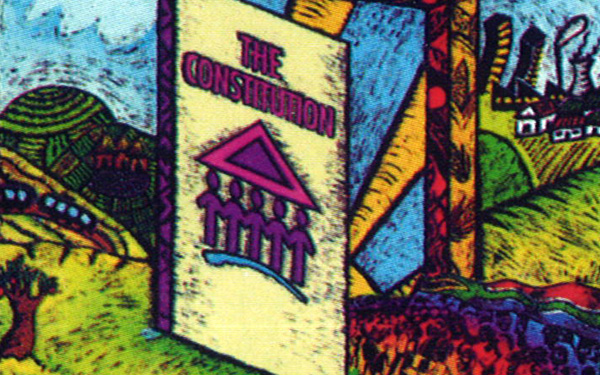 As a nation, we are currently united in our reflection on the past two decades as we prepare to commemorate our journey towards achieving freedom from oppression.

When we look back to April 1994, our inspiration concluded its first phase with the general elections of that year which enabled the second phase of a Government of National Unity and a Constitutional Assembly.

This marked the formal beginning of the country’s democratisation. Though the transition in the 1990s concentrated on the constitutional aspects with a strong institutional, legal and political focus, the elections of 1994 served as a catalyst for far-ranging social change and an opportunity for South Africa to take its place among nations of the world.

Today, South Africa is still a young democracy and, as such, significant challenges still remain. For example, the issue of judicial transformation is likely to remain a challenging and at times controversial issue.

However, in all democratic societies in which the judiciary is empowered to review and independently pronounce upon government conduct, policies and laws, the judiciary sometimes shares a tense relationship with the other branches of government.

The past two decades have witnessed an impressive transformation of the judicial system in terms of increased diversity and progressive legislation. Today, the judiciary values its institutional independence and uses its power to review legislation to test governmental conduct and legislation against the highest law in the land, our Constitution.

There is, however, an appreciation that efforts must continue so that the judiciary can be positively transformed while ensuring its separation and independence from the other branches of government.

‘A powerful voice on matters of principle’

As South Africa embarks upon the next 20 years of its constitutional dispensation, the issue of judicial transformation is likely to remain a crucially important topic in the country.

The independence of the Constitutional Court and its judges is a key building block of a constitutional democracy. At the same time, while acknowledging the considerable socioeconomic challenges that still exist in South Africa, judges need to be sensitive to the overall transformation goals of the country in terms of equality, poverty alleviation and the enhancement of dignity for its citizens.

Although the role of speaking out on controversial issues of public policy is left to politicians and public commentators, judges have a powerful voice through their judgments, exercising the right to speak on key issues on jurisprudential grounds, not policy grounds, and on matters of principle, not policy.

The courts have an important role to play in determining whether important public decisions by government relating to key service delivery areas such as education, health, water and food security are reasonable, thereby further capacitating government to improve in those delivery areas where necessary.

South Africa’s Constitution may still be in its infancy, but it lays the foundation for an open society based on democratic values, social justice and fundamental human rights. Around the world, our Constitution is hailed as progressive, providing not simply a document of high aspiration and idealism, but instead a practicable, workable charter.

Over the past 20 years, it has proved itself modestly but practically effective as a basis for the democratic exercise of power – and, it has been significantly tested along the way. There have been conflicts between civil society and the state, between provinces and central government, between dispossessed land claimants and urban tenants, on the one side, and landholders and property owners, on the other – these have all been adjudicated within the Constitution’s framework of values.

Another area of success for the Constitution has been its effective separation of powers between the legislature, executive and judiciary, and the court’s ability to hold government strictly to account on its social delivery programmes.

A good example of this over the past two decades was the Constitutional Court’s decision, 13 years ago, in the Grootboom case. On that occasion, the court declared government’s housing programme constitutionally invalid because it failed to make provision for the most desperately poor and vulnerable. Although the government responded by saying it was doing all it could to build bricks and mortar houses for those in the housing queue, the Constitutional Court felt this was not enough.

The result of the decision was a radical overhaul of government’s entire housing programme, the results of which are being seen today. As a result of the judicially enforceable promise of access to housing as set out in the Constitution, subsequent action was taken resulting in housing delivery becoming one of government’s better success stories.

Another high-profile example of the courts’ ability to hold government strictly to account on its social delivery programmes over the last 20 years, focused on HIV/Aids and a period of time when Aids denialism was an issue in the government of President Mbeki.

A court order to the government at the time focused on making antiretroviral drugs available to poor people at public health clinics. As a result of the Constitution’s judicially enforceable promise of access to health, today South Africa is reaping the benefits and now administers the biggest publicly provided ARV treatment programme anywhere in the world. More than 2-million people living with HIV and Aids are now on life-saving treatment in our country.

Today, our Constitution is one of the most powerful forces in our country, underpinning our politics and national debate on the most important issues that affect us all as citizens of South Africa. As such, it requires a strong and honest judiciary, capable of playing a pivotal role in sustaining the rule of law – today, this exists in our country.

After 20 years, our country still has a number of major challenges to deal with, but there is also much we can be proud of. We have the most active and engaged citizenry on our continent, a vibrant and engaged media, and a functioning judiciary and constitutional democracy, all of which provides us with a strong framework on which to build a better future for all our citizens.

As we consider events that are unfolding in our courts, we need to remember that the fact that men and women – of all races, irrespective of wealth, class or social standing – can now stand before an independent and transformed judiciary is a triumph of our democracy.

This must be celebrated.

Yvonne Mokgoro is a former justice of the Constitutional Court. In 1994 she became the first black woman to be join the bench when she was appointed by Nelson Mandela. Mokgoro is a board member of the Centre for Human Rights at the University of Pretoria and is the current chair of the South African Law Reform Commission.