District Six Huis Kombuis Food and Memory is a cookbook that combines peoples’ stories with food, a binding force in the community.

District Six Huis Kombuis Food and Memory , a cookbook that’s come from District Six in Cape Town weaves together recipes from the past and a deep sense of culture with fond memories from the people who made and ate the dishes.

The Afrikaans part of the title, huis kombuis means “house kitchen”, and the creations contained in the book come from people who lived in District Six, recipes that have been in families for many a generation.

“[The title] was inspired by descriptions of kitchens in participants’ homes as being the heart of the home, its central social space,” said Tina Smith, curator of the District Six Museum and lead author of the book.

At the launch of the cookbook in November 2017, Smith described food as a connecting factor, as well as a gateway to District Six.

“We are not just presenting a book, it’s our culture. Everything in this cookbook is part of our past. This is not gourmet cuisine, it’s afval [offal], it’s what people had to make from what they had and it became a celebration,” she told news website IOL.

“We are celebrating our past, and this book reminds us of our past.”

People of all races and religions lived together in District Six, on the doorstep of Cape Town’s city bowl. From the 1800s, it became home to freed slaves, merchants, artisans, labourers and immigrants. But with the advent of the Group Areas Act in 1966, it was declared a whites-only area. Residents were removed and relocated, their houses razed and the vibrant culture of the area destroyed.

The launch of the cookbook marked the 50th anniversary of the declaration.

Food: at the heart the narrative

The book is not only filled with recipes, but stories from contributors, former residents of District Six. Many recall cooking simple meals on old stoves, using wood, paraffin or coal for heat.

Victoreen Gilbert, who now lives in Newlands, said many households cooked similar meals, and some of the favourite dishes were soup, crayfish curry, bredies [stews] and skaapkop [sheep’s head].

“When we were invited to eat at a neighbour’s house, we all would be nodding because the chances were that our mothers made the same food,” Gilbert said.

Sylvia Gangert recalled a sweet dish that was popular in District Six, after the fruit truck made its round.

“They used to give us the bruised fruits and our moms would stew them and serve it with custard,” Gangert told IOL.

“And we had no fridges for jelly. We had to buy blocks of ice and the young men would carry them up the stairs at Bloemhof Flats. Or we used a kitchen cupboard with the mesh door — a spens [pantry] is what they called it.”

Mogammat Benjamin fondly remembered how food was often communal. “We also used to share. We ate from everyone — Christian or Muslim. The Christians used to respect the Muslims enough to cook food out of pots and pans which were not tainted.” Muslims do not eat pork nor drink alcohol.

Recipes in the book include a variety of meals, from bredies, to koeksisters, and samosas.

“Here traditional recipes were brought to life in the rituals of cooking, eating and the sensory exchange at the kitchen table,” said Smith.

“Culinary rituals and home craft practices maintained and reinforced deep significances and connections with District Six as a place of home, family and community.” 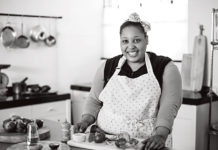 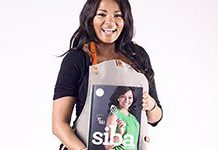