Trapped. A strong woman’s triumph over abuse is Capetonian Sam Scarborough’s diary, now published as a book. Her story – a confident and financially secure woman stuck is an emotionally abusive relationship – is meant to give hope to other women trapped in the same situation.

Her diary, a despairing attempt to remain sane, tells the story of her moving to
London with her daughter to be with her new partner. It chronicles how her love
story, “suddenly changed and how she started to doubt herself, because according
to him, everything was her fault”.

Harrowing as her journey is, the book ends on a high note: “The good news is
that she got out of the toxic relationship – and so can you.”

Emotional abuse is difficult to define, Scarborough says. Now, given her
experience, she understands what verbal abuse is. “There were words said to me,
even if they were later denied. It was something concrete to hang on to, especially
because I wrote those words down in my diary.”

Despite a mountain of research, it remains a difficult form of manipulation to
pinpoint. Unlike physical abuse, which leaves bruises and scars, the damage is
psychological. The pain more difficult for others to understand. “I certainly know
what it felt like for me, which is detailed in the diary I wrote, which became the
book.”

Writing a book about her personal experience was not easy. “It was frustrating,
painful and hard to relive what I had gone through,” says Scarborough.

The difficulty for Scarborough was to remain true and not glamourise the
abuse. Exposing the worst of her life experience was also extraordinarily painful. “It
took me a few months to write the actual book in the end. I wrote most nights after
work, late into the night, transcribing all my notes and entries.

“It was like reliving a nightmare. The patterns and cycles became boring, even
to me. I was so frustrated with my own diary entries that I almost gave up on
finishing the book. I didn’t like the way I sounded, the way I acted, or the things I
was saying – some parts actually made me cringe.

“But, I decided to leave it all in, as that was my truth of what I went through,
and there didn’t seem much point in glamourising it, or taking out the hard
uncomfortable parts.” 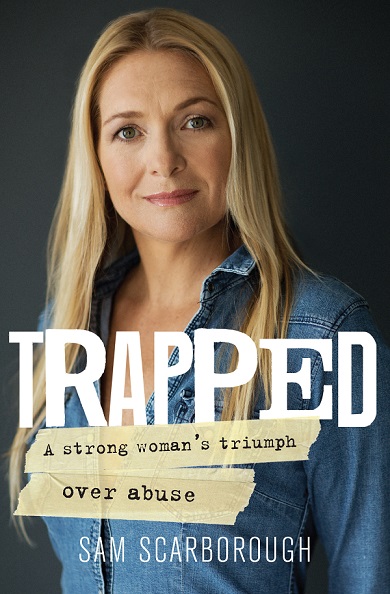 Being in a bad relationship

Her relationship, and her writing journey gave her a new perspective on the
choices people make in their relationships. “In the past I used to be extremely
frustrated with friends who were in bad relationships, either of abuse, or
relationships that brought out the worst in them.

She says she had very little empathy for these friends of hers. “I eventually
just gave up on them.

“I would like to think I will be a better friend now with a lot more understanding.I told my story to help others, not because I wanted to tell the story. And if this book can help just one person to free themselves, then I am glad it was published.”

Scarborough says she would have loved to stay in London. “I have lived there
before and still have loads of friends there.

“But it wasn’t possible at the time. Coming back to South Africa was hard. It
felt like a failure,” she confesses. “My apartment was rented out and we [she and
her daughter] had nowhere to live. It was however the best decision I made, to put
distance between me and the situation I had got myself
into.

“It was a good break, something final. The decision to get on that plane and
leave was not easy, as I was being promised the world, but it definitely got me out
of the downward spiral I was in.”

Scarborough, a graphic designer, art- and creative director, is also the author of
several children’s décor books like Children’s Rooms, Cool
Spaces for Kids and Creative Rooms for Your Kids.

Her book Trapped was recently published by NB Publishers.

Simbongile Mente started writing Africa’s Daughters late in 2012.
Three years later her book documenting the stories of women she mentored was
complete. The women Mente wrote about are from the township Kayamandi in the
Stellenbosch area. Student pastor Mente launched her book last September at her
church, the Apostolic Faith Mission of South Africa.

The book explores the lives of 12 women, including herself. “I address issues like modern day slavery, molestation, low self-esteem, and your identity as a woman.”

There are women like Thembi, the oldest of four sisters, who lost her mother
while she was in high school.

“Thembi’s father couldn’t afford to pay for all of their fees. She ended up
dropping out of school in grade 10. She took on two jobs to help her dad but
through all of that she was disciplined. Thembi didn’t give up on her dreams and
went back to school. She is now studying nursing, just as her mother did,” explains
Mente. 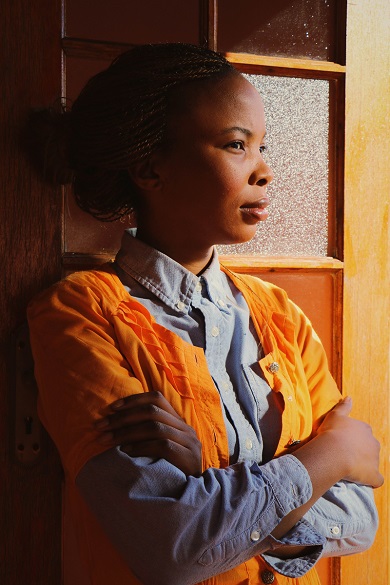 Simbongile Mente documents the lives of 11 women and how they
overcame their challenging situations. (Image: Trudy van Rooy)

She says publishing these kinds of stories raises awareness of the struggles of
women and, she hopes, to give the next generation a roadmap to avoid the same
hazards. “It is important to inform our people so that they can be better equipped in
communicating these issues to their families. Families make up communities.

“Africa’s Daughters’ message is one of hope where tragic situations can be turned into a message of light and transformation to this nation and Africa,” she advocates.

Mente has a B. Tech degree in Public Relations and a BA degree in Theology.
She started to write in high school to deal with her own low self-esteem and
depression. She started writing a journal filled with thoughts and emotions which
later developed into poetry.

Her friend Trudy van Rooy submitted one of her poems, All hope is gone
from her, to a writing competition initiated by Africa’s Institute. “I was one
of the semi-finalists and my poem was featured in their book Venturing
Vistas,” says Mente. “I never stopped writing. I wrote poems and letters to
God, and still do during my meditation time.”