Ahead of the Nelson Mandela Annual Lecture, to be given on 17 July, the eve of Mandela Day, we profile this year’s speaker, philanthropist and Microsoft co-founder Bill Gates. From computer enthusiast, he has transformed himself to crusader for various good causes to improve the world. 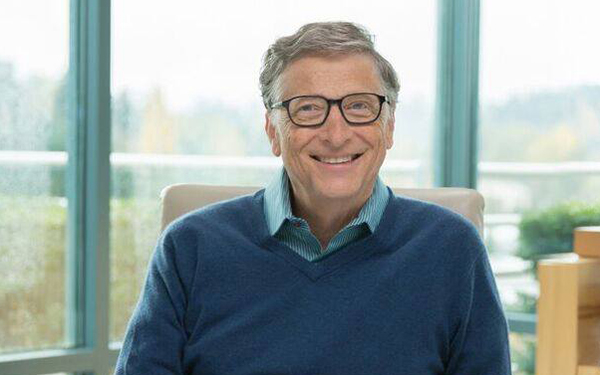 Bill Gates, who is delivering the Nelson Mandela Annual Lecture on 17 July 2016, has transformed himself from a computer enthusiast to business tycoon and is now a well-respected philanthropist. (Image: Bill Gates, Facebook)

With what is become his signature look – big, black framed glasses – Bill Gates has become one of the world’s most recognised faces. He has also transformed himself into one of the biggest philanthropists, having started out as a computer enthusiast.

Born in 1955 in Seattle, Gates had a supportive family “who encouraged his interest in computers at an early age”, reads the biography on his blog, Gates Notes.

He enrolled in Harvard University by 1973, but dropped out to start software company Microsoft with his friend, Paul Allen, in 1975.

The pair had a vision of “a computer on every desktop and in every home”. It must have seemed improbable to people in those years. But today it is a reality in many parts of the world as technology is integrated more and more into peoples’ everyday lives.

In 2000, Gates and his wife, Melinda, set up the Bill and Melinda Gates Foundation. Through it, they have been involved in improving the lives of people across the world. It works in many sectors, including HIV/Aids programmes, agricultural development, family planning and financial planning assistance for the poor.

Gates left his daily job at Microsoft in 2008, but remains a member of the board and serves as a technology adviser. “These days Bill focuses most of his time on the work he and Melinda are doing through their foundation,” his biography reads.

“People are often surprised to hear him say that this work has a lot in common with his work at Microsoft. In both cases, he gets to bring together smart people and collaborate with them to solve big, tough problems.”

It adds that Gates is grateful to the foundation’s partners, which help people all over the world live healthier, more productive lives.

“Once you’ve found a solution that works, catalytic philanthropy can harness political and market forces to get those innovations to the people who need them most.”

The foundation does work across the world, including in Africa.

Nearly a billion people worldwide are affected by severe hunger and poverty, it says; it has identified agricultural development to help farmers who rely on tiny plots of land for their food and some income.

“Our goal is to help these farming families produce more food and increase their income, while preserving the land for future generations,” the foundation explains.

Eradicating malaria is another priority for the foundation. It has also placed importance on increased resistance to drugs and insecticides.

“To date, we have committed nearly $2-billion (about R30-billion) in grants to combat malaria,” the foundation’s website reads. “In addition, we have committed more than $1.6-billion to the Global Fund to Fight Aids, Tuberculosis and Malaria, which provides about 50% of international funding for malaria control worldwide. We also advocate for sustained and increased funding of malaria-related efforts by donor governments and endemic countries.”

This progression map shows how the use of bed nets has helped to reduce cases of malaria in Africa:

Beautiful map showing progress against malaria—and how much work we still have to do. pic.twitter.com/IYkBQrZNiH

These statistics record the progress in the fight against malaria:

HIV/Aids is another area of focus for the foundation. New HIV infections have fallen by more than 20% in the past decade, it says, but there is further work to be done.

“The foundation is working to make lasting reductions in HIV infections and extend the lives of people living with HIV by supporting research and development into vaccines and anti-retroviral-based prevention products, promoting broader-scale use of proven prevention methods, expanding service delivery, and improving diagnostic tools and treatments.”

In remembering Nelson Mandela after his death, Gates recalled the former leader’s courageous stand against apartheid. “But we came to know him personally for a different reason: the fight against HIV/Aids,” he wrote.

Gates recollected how Mandela took former US president Jimmy Carter and Gates’s father, William H Gates Sr, to a clinic that cared for babies born with HIV during their visit to South Africa. Mandela picked up a baby, as did the two American visitors. The photographs from that event were influential, Gates said, because Mandela led by example.

“It sent a powerful message: that people did not need to be afraid of touching a person with HIV,” he wrote. 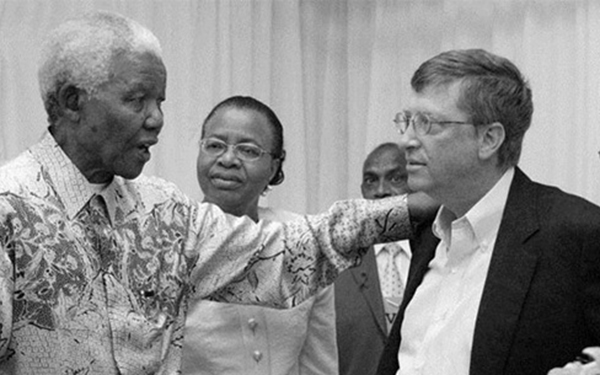 “It was just one small step, and we still have a long way to go in the fight against Aids. But Nelson Mandela played a crucial role in the progress we have made so far. I will never forget the example that he set.”

Millions of people with HIV are receiving treatment, & the Global Fund is a big reason why: https://t.co/bfEqqHBJ5j pic.twitter.com/ZUqL58pu84

The foundation also works in family planning and financial services to the poor.

Gates will deliver the 14th Nelson Mandela Annual Lecture on the eve of Mandela Day, on 17 July 2016 at the University of Pretoria.