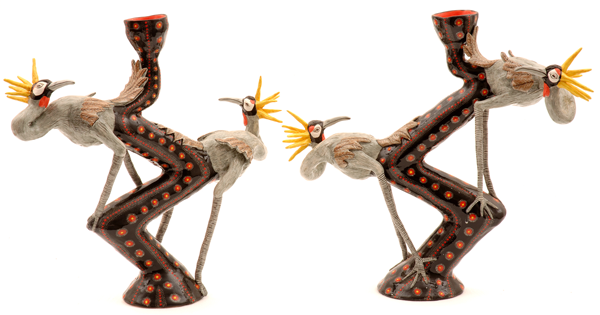 Ardmore Ceramic Art was established by Fée Halsted on Ardmore Farm in the foothills of the Drakensberg, in KwaZulu-Natal. Halsted was just one of the designers who gathered in Cape Town for the guild’s first-ever Guild Design Fair. (Image: Ardmore Ceramic Art)

When it comes to design South Africa is still in its infancy, but it is rapidly maturing, driven in part by the collective Southern Guild.

The nation’s southern-most city, Cape Town, is becoming a leader in the field. It snagged the World Design Capital designation for the year, and no lesser publication than The New York Times has noted that South Africa is emerging as a significant design hub. In an article, By Design, South Africa’s Creative Uprising, published on February 28, it wrote that the country had been “quietly asserting” itself as the new space of design talent.

Founders of Southern Guild, husband-and-wife team Julian and Trevyn McGowan, are working to put South African design in the world’s spotlight. Since its inception in 2008, Southern Guild has taken emerging and established South African designers to exhibit in Miami, Dubai, New York, Basel and beyond. “Design is a very young industry in South Africa,” says Trevyn McGowan. “Craft is very old, but design is relatively new. It’s an exploding arena. It really only started around 15 years ago, around the same time that South Africa as a true country was born.”

The guild’s designers are all linked by a common thread: a commitment to always showcase African materials, motifs, traditions and techniques in their work. “We take designers around the world with us to expand their understanding and experience of what is happening globally, primarily so they can stay as intrinsically African as they can as designers… In the busy and noisy world of design, how do you carve your own path?” 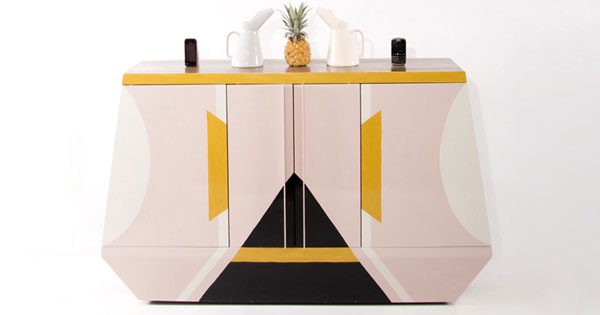 Dokter and Misses is industrial designer Adriaan Hugo and his spouse, graphic designer Katy Taplin. They have combined their skills to produce a selection of furniture, lighting, objects and design-art pieces. (Image: Dokter and Misses)

Ardmore Ceramic Art was established by Fée Halsted on Ardmore Farm in the foothills of the Drakensberg, in KwaZulu-Natal. It is said that necessity is the mother of invention, and indeed Halsted developed the exuberant, exotic style that has made Ardmore ceramics famous, as a response to a need: “I made tiles and if one cracked, I’d stick a rabbit or bird on the top to hide it,” she recalls. The group uses the bright colours and patterns found in regional flora and fauna in their designs.

When it turned 25 in 2010, Ardmore launched its Ardmore Design Collection. With this, it translated Ardmore’s distinctive imagery and styling into functional, quality ceramic and non-ceramic products, including dinnerware, tapestries, furniture, fabrics for soft furnishings, and more.

Dokter and Misses is industrial designer Adriaan Hugo and his spouse, graphic designer Katy Taplin. They have combined their skills to produce a selection of furniture, lighting, objects and design-art pieces. Dokter and Misses’ work is known for its strong modernist lines, graphic patterns and the sense of humour that runs throughout.

The team’s Kassena server, for example, is based on the mud houses of Burkina Faso that are constructed by men and painted by women. “We’re very influenced by our surroundings, whether it’s a traditional African place or driving through the middle of Maputo, in Mozambique, or in Pretoria or Joburg’s city centre,” says Taplin.

According to The New York Times, their peers’ work has a similar sense of place. The sculptor Daniella Mooney works largely with natural, indigenous materials like stone, wood and moss. Andile Dyalvane of Imiso Ceramics considers scarification to be one of his signature techniques; many of his pieces mimic patterns sliced into skin, a tradition that’s still practiced by his tribe. “I didn’t do it deliberately – it happened subconsciously,” he says. Laurie Wiid van Heerden of Wiid Design frequently collaborates with and is inspired by numerous local artists, including the immensely successful furniture designer Gregor Jenkin. “South Africa is really unique, because we’ve got so many languages and cultures and people and ethnic groups,” he says.

In March 2014 these designers and others gathered in Cape Town for the guild’s first-ever Guild Design Fair, a 10-day showcase of inspired objects and furniture. Global exhibitors ranged from Milan’s Rossana Orlandi and São Paulo’s Coletivo Amor de Madre, to Nacho Carbonell from Netherlands and Manhattan gallery R 20th Century. Guild coincided with Design Indaba, an annual conference bringing some of the world’s foremost design authorities together in the Mother City.

It is no coincidence these events take place in the capital. Cape Town is a buzzing hotbed of design. McGowan says: “Much of that buzz is centred on the Woodstock district, which has seen resurgence in the past few years. There’s such a concentration of designers who’ve moved down to this area that’s transformed overnight. There are top art galleries, high-end and young emerging designers and crafts, a real cross-section.”

Reacting to the welcoming international response to South African designers, she adds: “People are ready for Africa, and Africa is stepping into a place that we need as humanity right now.” South African is celebrating 20 years of democracy, and it is the perfect time for designers to be recognised.

Cape Town was designated World Design Capital for 2014 at the International Design Alliance (IDA) Congress in Taipei, edging out fellow shortlisted cities Dublin and Bilbao. The World Design Capital title is awarded bi-annually by the International Council for Societies of Industrial Design (ICSID) to give global prominence to cities that use design for their social, economic and cultural development.

It is not a conventional design competition, but rather about design in its broadest sense, and about designing better cities for people. The title gives Cape Town a chance to showcase its achievements and aspirations through a year-long programme of design-led events and activities – there are more than 450 officially recognised projects and hundreds of open events.

In its bid, the city said it was not about Cape Town claiming that it was already an established design capital, but instead it acknowledged that it was using “design thinking” as a tool for transformation. The theme for the year – “Live Design. Transform Life” – focuses on the role that design can play in social transformation.