Many female rappers are making a name for themselves in the male dominated hip hop industry. In celebration of Heritage Month, journalist Melissa Javan spoke to two female artists. Ms Supa and Yugen Blakrok shared their journeys as rappers in a question and answer session. 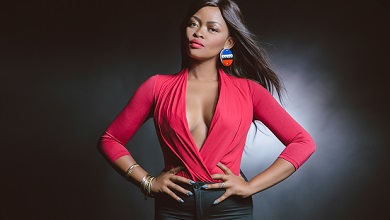 Growing up Ms Supa listened to rappers like Foxy Brown, who made her realise that women can be emcees too. (Image supplied)

Ms Supa: I had always loved rap music. I did not even consider it a possibility that females could do it. I had an ‘aha moment’ when I heard a song by Foxy Brown called Get You Home on radio. My first thought then was: “Oh, girls can do it too.”
Insert music video of Yugen Blakrok.
What is your culture, and how do you express or showcase it within your craft?
Yugen Blakrok: I’m Xhosa. My culture and heritage is embedded in the lyrics. The influence of where I was born, the traditions I’ve learnt and the rhythm in my native tongue permeates everything I do, in and out of the creative spectrum.
Ms Supa: I am a Zulu girl. My punchlines and metaphors are mostly South African. I talk about things that a South African would understand.
Insert music video of Ms Supa.
Do you, as a woman in the hip hop industry, feel equal to the men?
Yugen Blakrok: When it comes to skills, yes I do.
Ms Supa: I think women throughout history have always had a hard time getting recognition for a job well done or being taken seriously. This happens in corporate, in the home and definitely in the hip hop industry. Because the founders of hip hop were male, so women had to work twice as hard to prove they are just as good. We are not allowed to drop the ball. So we are equal in skill, but the market is yet to see us in the same light.
Do you get the question “what’s it like being a woman emcee” a lot?
Yugen Blakrok: Now, definitely not as much as I used to.
Ms Supa: Yes – a lot, especially during Women’s Month.
How do you feel about that question?
Yugen Blakrok: I find it hard to engage with and a bit dull. There are far more interesting questions one could ask.
Ms Supa: I have been in the industry for over a decade. So for me that question gets tired because it shows the lack of research an interviewer did on you before an interview. There are so many other facets of my music and being that don’t get explored and shown to the public that they also have the view that female rappers are still feeling marginalised.

I would also love to have an interview with AKA for example and ask him ‘What is it like being a male rapper’ and see if he humours me with a solid answer.
The question lacks any depth or respect for the artist. 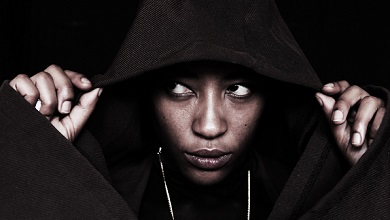 What keeps you motivated or inspired?
Yugen Blakrok: My people at Iapetus Records always push me to do more. I’m inspired by my sisters, my friends and opportunities that show themselves right when they’re needed. It’s not always easy staying motivated so I often go out of my way to find things that will create that spark. Good friendships are the best.
Ms Supa: Music and my family.

What is your most memorable moment as an emcee?
Yugen Blakrok: I have a few – rapping for Chuck D when Public Enemy were in South Africa, opening for Sage Francis, and playing at Hip Hop Kemp this year.
Ms Supa: It definitely has to be [that I was the first woman emcee on] hip hop magazine Hype’s cover. It really set the tone and made my career memorable to others. I had the pleasure of featuring on HHP’s Dumela album on a song called Mmago Rrago. I have also shared the stage and songs with some great artists in South Africa such as Amu, Ramesh, Reason, Black Lez and many others.